Kenny Loggins and Jim Messina formed one of the most successful musical duos of the 1970’s.  Their music is still played on classic rock stations and it is hard not to form a smile when you hear one of their hits. 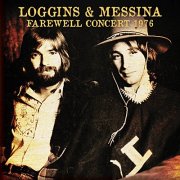 Formed in 1971, they played together only until 1976, when they parted to have solo careers.  Kenny Loggins became a huge star in the 1980’s and 1990’s, often associated with big production movie themes, but his albums sold millions of copies on their own.  Jim Messina had a lower profile solo career, he reformed his band Poco for an album and tour, and frequently taught songwriting classes around the country.  Even after their careers cooled down, both continued to record and tour, and occasionally regrouped as Loggins & Messina.

he hooked up with Loggins.  He had been a part of Buffalo Springfield after the departure of bassist Bruce Palmer, and essentially the breakup of the band.  One more album was owed the record label, so Messina helped to compile enough tracks for the final Springfield album.  In reality, each songwriter served as session producer on their own songs with Messina helping to engineer and serve as the overall album producer.

When the band finally disintegrated, Messina and Richie Furay formed Poco, a country-rock band, along with Rusty Young, who had played on the last Springfield album.  After two albums, Messina departed Poco to return to work as producer with Columbia Records. 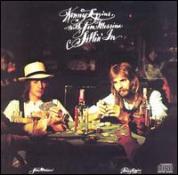 Kenny Loggins was a staff songwriter at the time, and was signed by Columbia to record his own album.  The two knew each other and Messina was asked to work on the Loggins album as producer.  What began as a Loggins solo project became essentially a collaboration.  Kenny Loggins with Jim Messina Sittin’ In was released in 1971.   “Danny’s Song” and “House At Pooh Corner” are the two most famous songs from the album.

The album launched the Loggins & Messina sound which although frequently termed “soft rock” blended country, folk and jazz threads into their songs.  One of the misnomers about L&M is they predominately wrote sweet acoustic ballads, which they did, but also included some harder songs that often clocked in at seven minutes or longer, where the duo opened up their music with intricate instrumental work.  One of the strengths of L&M was the musicians around them, under the direction of Messina, added horn arrangements, violin and keyboards.  It was not uncommon for L&M to texture their songs with moving bass lines, funky keyboards and Stax-like horns.  For mellow fellows, these boys could rock.

The second album, Loggins and Messina, was released in 1972.  The first single was “Your

Mama Don’t Dance”, an uptempo, a bluesy-funk song that hearkened back to the 1950s style of rock and roll, showed that the duo was more than ballads.  The next single, was a ballad, “Thinking of You”.  A song not released as a single, but also well-known is “Angry Eyes” which clocks in at 7:40, and contains some fine Messina guitar-work .  An edited version of the song was available on a greatest hits collection, as well as a live version later on.

Next up was Full Sail (1973), which shifted the focus from country to a shades of a Caribbean sound. “Watching the River Run” is a nice acoustic track.  “My Music” was a more upbeat, dance-able song that cracked the Top 20.  Another ballad, “Love Song” proved to be the most popular song on the album.

Each album seemed to feature at least one very commercial ballad, an uptempo song with a strong beat, several mid-tempo songs, and one extended rocker that allowed the band to “let the music breathe”.  Most of the radio hits were songs mostly written and sung by Loggins.  Messina injected the musical stylings to get a distinct and commercial groove to the albums, and Messina wrote the longer compositions that gave the duo a lot of street cred as instrumentalists.

In those days, after several albums, artists recorded and released a live album.  On Stage (1974), 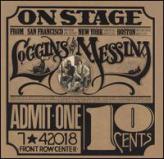 captured the duo presenting their most popular radio hits, balanced with their longer songs to give them plenty of instrumental work.  This was the 1970’s when bands routinely featured longer versions of their songs in concert.  L&M already had some longer songs, and in concert, they got longer.  If you came to a concert expecting to hear long three minute ballads, you might have been quite surprised by ten, fifteen and twenty minute long songs. 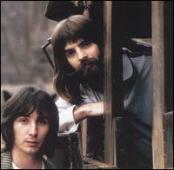 The fourth album, Mother Lode (1974), in my opinion, was the mother lode.   Two singles from the album, “Changes” and “Growin” did not chart very high but were strong, up-tempo songs that typified the quality of the songwriting on the album, which peaked at number eight on the chart.  From beginning to end, the album soars with melodic, but not sweet, songwriting.  For me, it is their most mature album and musically, their most artistic effort. In fact, you noticed they took more chances with this album. “Brighter Days” and “Keep Me in Mind” are softer, but more musically intricate of their many ballads. “Time to Space” is a more ambitious composition and arrangement, starting soft and peaceful, but gaining in musical intensity like a storm until it winds down to a quiet end.  Again, the band behind them, build layers of horns, woodwinds and percussion that accentuate the craftsmanship of the L&M songwriting.  Credit Messina for knowing when to mix in funky clavinet keyboards and bass to add some funk to a song like “Changes”.  One of Messina’s best musical efforts is “Move On”, which would rival the Allman Brothers for a long-form rocker.  While you might miss one of their earlier classic ballads, the songwriting and playing is as good as it gets.

So Fine, released in 1975, contained cover versions of older country and rock songs.  It didn’t sell as well, but it gave L&M a chance to revisit their roots.

Kenny Loggins, left, and Jim Messina jam it up at last fall's concert for Arts Outreach in Solvang. //Photo courtesy of John Fitzpatrick

Native Sons, released in 1976, was the last original L&M album.  The sound downshifted somewhat from their earlier song to more polished and orchestrated songs.  Absent were any high-charting ballads, but the album included a “Peacemaker” another one of their more accomplished, longer songs.

The final tour was recorded and released as Finale, in 1977.  The songs focused primarily on material released since their first live album, with the except of a medley of popular ballads from their early albums.

Several compilation collections were released through the years and a newly recorded live set Live: Sittin’ in Again at Santa Barbara Bowl was released in 2005, from one their reunion shows.   The duo periodically toured together but have yet to record any new music together.  Let’s hope they do.