This is blog number 101. Who knows where the next hundred will go. I don’t even know where this one is going. I had a thought, while I was watching Jerry Seinfeld’s Netflix series, the one about cars and coffee. Funny show and nice vintage cars. Now that idea is gone. Easy come, easy go. On to the next one.

Last night I was watching basketball. March Madness, teams I didn’t really care about, but you sense the excitement, so you watch.  This time of year, in this part of the civilized world, life revolves around getting the orange ball into the rim with the net. The ref called a quick time out to celebrate St. Patrick’s Day – keep the beer flowing – and luckily people are enjoying spring break vacations. Whatever else going on in the world falls onto the back page or is briefly on the Twitter feed. March is a big party and vacation month, but the serious business is basketball. 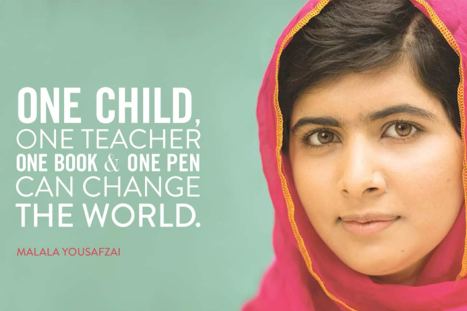 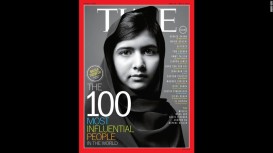 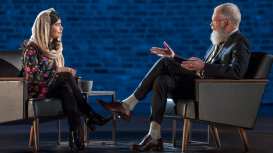 The next show on Netfix is David Letterman’s My Next Guest Needs No Introduction. I’ve never seen this show but I’m game. In the episode I watched, his guest is Malala Yousafzai.  Malala was the girl who was shot in the head by the Taliban for her advocacy of education for girls in her region of Pakistan. That was in 2012 while riding home on a school bus. Her father, also an educator, encouraged his daughter to speak out on education but warned her not to mention the Taliban – but she did. She survived the murder attempt, and continued to speak out. She was awarded the Nobel Peace Prize and has received many other recognitions for her work. What an amazing young woman.

After she was shot in the head, Malala was taken to England for treatment, where she is attending college. She continues to advocate for the rights of women, including going to Syria and Jordan to speak with refugees of the war in Syria. She has helped build schools in areas of the world lacking educational opportunities for children. She is 20 years old. What had any of us accomplished at that age? Malala is an inspiring young lady, determined and focused, brave and worldly. Her efforts are to get nations to invest in girls and education. I believe she will.

Malala might not have a good jumpshot but I’d play on any team she coached.