I picked up a book the other day, strangely drawn to its subject: The Peanuts Papers. The book is primarily a collection of essays about the Peanuts strip, characters and impact on the lives of the writers.

Honestly, it took me about a week to get very far into the book, and then I read 200 pages in a sitting. It was like a key opened a door to my own memories. These writers were passionate about the Peanuts characters and how they connected with them as kids.  That’s the heart of it. As kids, they identified with one or more of these characters, usually Charlie Brown.  Many of us have felt like blockheads, or in the eyes of others, we felt like that.  Yes, kids can be cruel at times.  When Charlie Brown bought the scraggly Christmas tree, the other kids lit into him.  But, they regrouped and made that little tree into something special.

Maybe it helped that I started looking at a collection of Peanuts strips from the late 1960s, to see what Peanuts creator Charles Schulz was publishing every day. I quickly picked up the vibe of the characters and remembered some of the running storylines of the strip.

You didn’t have to be a regular follower of the strip to know about some of the characters. Charlie Brown would always come out on the short-end of things. A shy kid, not particularly talented at anything, who couldn’t enjoy the affections of the little red-haired girl, and whose dog seemed to get the better of him.  Charlie Brown was a character many of us could identify, at least at times.  He was pure at heart, upbeat despite his few winning seasons, and always willing to rally his team, despite the usual outcome.  If he had so many problems, why was he everyone’s friend? Yes, Lucy would always pull the football out from under him, and call him a blockhead, but he had an importance to the social fabric of the Peanuts community. 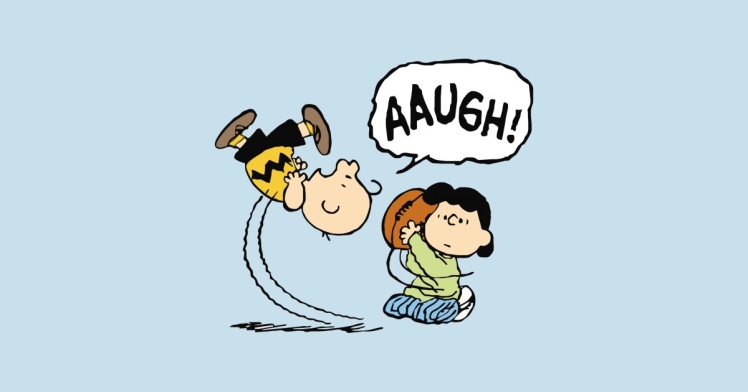 I never really read the newspaper strip back in the day. It was the television specials and the first film that attracted me to the series. By the mid 1970s, Peanuts was an industry aside from the strip, the characters were everywhere, on greeting cards, in ads and on every product imaginable. Schulz was a very rich man, but the trade-off was the crass commercialism and more than a bit of the innocence came off the characters. Even Schulz admitted that he introduced too many new characters (Woodstock and friends) that didn’t work and the mood of the strip lost its edge, becoming too sweet and sappy.

I am obviously not a Peanuts historian, but it would seem that the best era was 1960 through about 1972. The characters only aged several years during the history of the comic strip and only towards the end did the strip awkwardly fall victim to pop culture and the times.  For the fifty years of the comic strip, Schulz kept the essence of the main characters relatively unchanged.  The one major change was in the role of Snoopy from a supporting character to the strip’s central focus as his popularity grew. In The Peanuts Papers, several writers compared the evolution of Snoopy to that of Fonzie in Happy Days. From secondary character to a cultural phenomenon. I’d have to agree. It was Charlie Brown’s world, but Snoopy was the star.

Peanuts functioned without adults.  These were kids who navigated the world with a variety of adult issues and very grown-up feelings in a small container.  Charlie Brown is the world’s unluckiest and most insecure person, but who never gives up, and manages to smile after each calamity. There is something inspiring about a kid who is so resilient to life’s bad fortune. His personality is more centered than most of the other characters who each have at least one major personality quirk.

Lucy: You, Charlie Brown, are a foul ball in the line drive of life. You’re in the shadow of your own goal posts. You are a miscue. You are three putts on the eighteenth green. You are a seven-ten split in the tenth frame. You are a missed free throw. A shanked nine iron and a called third strike! Do you understand? Have I made myself clear?

I think of this collection of characters to be different from one another on the outside, but somewhat on a linked soul on the inside. Some are very sensitive, others hard as nails and others seemingly indifferent. Kind of a collection of paper, rock, scissors. But they are threads of a fabric. 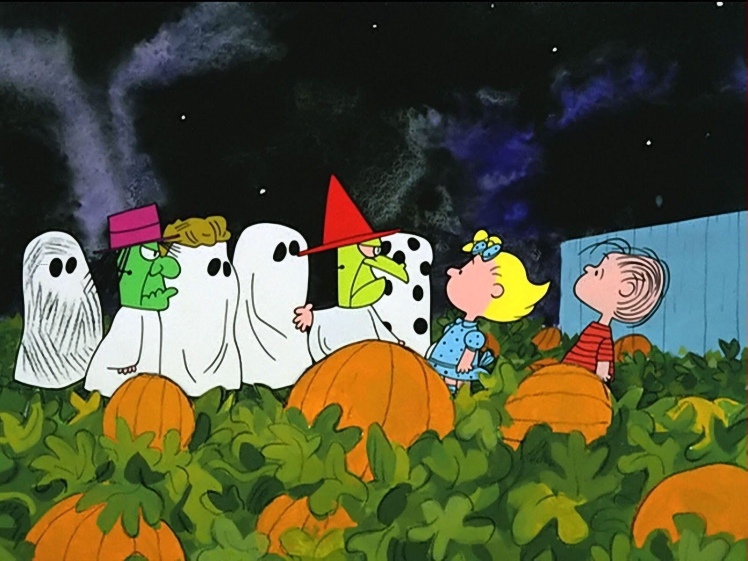 The Peanuts world reminded me of my own childhood.  There were a group of kids, generally plus or minus a year or two from my own age, who formed a group somewhat like the Peanuts gang.  Once we left the house, adults did not have much interaction with us.  These were the days when kids were generally outside, or collected at someone’s house, but weren’t being supervised by adults.  These were quite different times.  We had a loose social group of kids within a several block radius.  We might not have contemplated some of the issues the Peanuts gang did, I can recall a few situations where we talked about life or more adult issues.  We had older siblings, watched television and were aware of life going on around us.

The interesting about the Peanuts characters is that one moment they are discussing a befuddlement of life and next they are behaving like the kid they are.  Schulz intertwines strands of childhood and adulthood into both a humorous and reflective way. Look no further than It’s the Great Pumpkin, Charlie Brown, or A Charlie Brown Christmas to see them contemplate some big emotions through the filter of an eight year old. It’s easy to see why grown-ups always come back to these programs they grew up with.

If you viewed their world through the television programs, one of the amazing ingredients was the music of Vince Guaraldi, whose song “Cast Your Fate to the Wind,” was adapted for A Charlie Brown Christmas (1965) and appeared in other Peanuts productions.