America is becoming harder to understand. I used to think I knew what this country stood for, but now I’m confused.  We are a nation of morals and kindness, and a nation of greed and hate. A nation of science and law, and a nation of deniers and anti-facts. It’s difficult to resolve this huge dichotomy of attitudes and values.

Every so often, I will pick something I’m bothered with and stick it in a blog.  First up, the environment.

How many planets do we call home? One. Once this planet is fouled up, scavenged and uninhabitable, where are we going to live?  Nowhere.  Will science save us?  Not likely. Don’t blindly hope that science can undo all of the abuse we have heaped onto Earth. Can we un-extinct species and life forms?  We have world leaders who do not believe in science, and de-fund science and health programs.

This is not a rant about politics, it is a cautionary note about an approaching day of reckoning. If we remain on a course of aggressive harm to our environment, the future of our civilization is no future at all.  The Earth is not flat, and our water, air and soil will not miraculously cleanse themselves from our pollution.  Be careful sticking your head in the ground because you might choke on illegal dumping, mining waste, fracking chemicals or oil seeping from pipelines.

There are industry-backed scientists and economists who claim that environmental activists are wrong, that the sky is not falling (perhaps by weight of the toxic chemicals released into the atmosphere), and that any slight warming of the Earth is natural, it works in cycles.  Meanwhile, the new oil wells are drilled, marine habitat is endangered, most plastic is dumped, and the money machine continues humming.

The oceans are choking with plastic and waste.  That is a fact. There are leaking oil wells that companies have walked away from, spewing streams of oil into long ocean slicks.  Plastic dead zones are larger than American states (not the tiny ones), and microplastic (those that are less than five millimeters in length) is well into the ecosystems of marine life, a major human food source.

Expect microplastic will be in the water we drink and air we breathe, and in the animals we eat. According to a new study published in the Journal of Scientific Advances, microplastics are now in the Arctic carries thousands of miles by winds. Think about the health catastrophe.  But wait, the American healthcare system will rescue us with inexpensive miracle cures. Not likely.

Once our air, water and food sources are compromised, what’s left?

There are many threats to our survival.  Military and economic survival tops the list of many nations, including the United States.  Oil will remain a military necessity until we ween ourselves from fossil fuels. Other leaders place the environment or the climate at the top.  Climate will impact economic survival, agriculture in particular as productive lands become arid and reduce yield.  In many parts of the U.S.,  water sources are drying up as reservoirs are depleted, underground aquifers failing to recharge, and drinking water becoming contaminated. These ware not wild claims, this is the new reality.

We have had our fun with the environment, like an irresponsible boyfriend, now it’s time to do the right thing.  Relaxing pollution goals and standards only moves us backward.  Even if you do not agree with the Green New Deal, as arctic ice melts, climate patterns change and we introduce microscopic particles into our food and air, those things should alarm you.

Since the current federal government is on a path of denial, many local governments, and a few states, have stepped up to reduce the carbon footprint through local and regional sustainability initiatives.  Unfortunately, the air and water don’t recognize political boundaries, and on one hand the federal government want states to have power over some things, sustainability (California clean air standards) is not one of them.

Where I live, a group of elected officials have banded together to start Climate Action KC, a group to act locally to combat climate change.  Leaders and citizens from across the region have begun to develop a strategic climate action plan.  It is amazing the energy (nature powered) radiating from concerned and motivated people who do not want to wait until it is too late to act.  A friend of mine from central Kansas has taken on the fracking industry, and the industry-leaning state regulatory agency that is supposed to be protecting our groundwater from oil and gas interests.  Full disclosure, I used to work for this agency (30 years ago) and the dance between the industry and regulators was a dicey one even then.

What I have seen lately, are passionate people with grassroots organizing, supporting candidates for elected office who are interested in a greener agenda.  As I connect with these folks, their energy ramps up my own energy. Recycling and buying smarter products is great, more people need to get on board.  But staying in your lane is not enough. Whether you hear it or not, the planet is screaming at us.  It is hurting and we continue to roll back efforts that actually are helping to keep our water and air clean. Why? 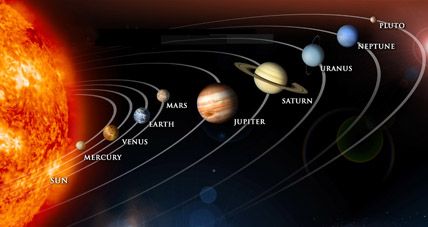 I will say it again. When we totally wreck this planet, where will we live?