What a classy, hip and well-produced weekly television show. I liked it then and I like it now. The city was definitely a character in the show, as much as it was for the Dirty Harry films.

In the early 1970s, San Francisco had a jazzy, romantic vibe. Although the city has a toughness dating back to the Barbary Coast, there is a stylish sophistication about the city that is unique and a great backdrop for the police series. 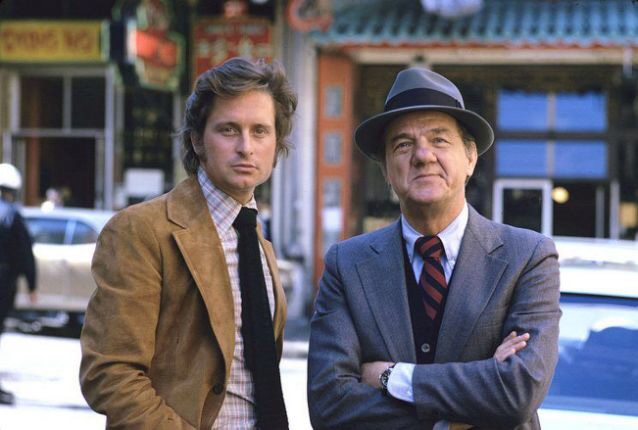 The show was based around the old school detective lieutenant Mike Stone and his young and college educated partner, Inspector Steve Keller. The two have a great respect for each other, but that does not keep them from good-natured ribbing. They play off of each other’s strengths. Even though they may think somewhat differently, they are professional and are not jaded by the grit of police work.

The show was produced by Quinn Martin, arguably the most successful television producer of the 1960s and 1970s. A QM Production had four acts and an epilogue that tied together the story. Martin hired the best writers and producers and gave each show a distinctive look and feel. The uptempo, jazz theme that opened the show was composed by Patrick Williams. As theme music goes, this was a homerun.

Karl Malden played Stone, a by-the-book veteran, who usually wore a vest and a fedora. Maybe not contemporary stylish, but smartly attired. He was fatherly and served as a mentor to Steve, played by Michael Douglas. Steve wore his hair stylishly long, but was well-mannered, though a bit head-strong and could push the boundaries. Stone’s college-age daughter, Jeannie, was played by Darlene Carr. Stone was a widower and the bond between father and daughter was strong.

The shows often revolved around someone caught in a deadly situation and don’t know how to get out of it. Sometimes these are acquaintances of either Stone or Keller. The stories take on the feel of the city from the posh, wealthy Nob Hill, the financial district, the swinging nightclubs, the fishing wharf, the mob-controlled businesses or the down-and-out Tenderloin area. San Francisco offered some unique backdrops for human drama.

The scripts were tightly written, no filler or false notes, and each show had several recognizable guest stars. These were quality productions and the money was on the screen.

As I scrolled through the list of episodes on Wikipedia, I remembered how many of the stories were complex family or relationship dramas. Here are a couple of examples from Wikipedia.

The show premiered in 1972 and ran for five seasons. Douglas left at the beginning of season five, replaced by Richard Hatch. Unfortunately, the chemistry between Malden and Hatch was not quite there.

One of the things I liked about the show was the realism of the police work and genuine flavor of the Stone-Keller relationship.