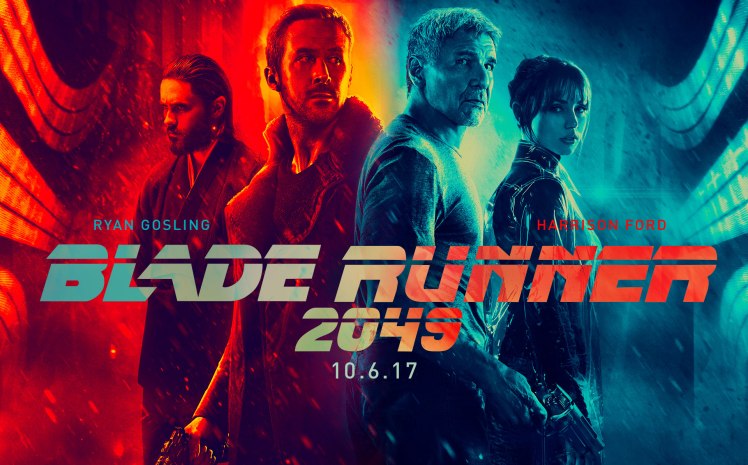 Let me say this right upfront: I loved the original Blade Runner film. I’ve seen it many times through the years, the different versions, and even read a very detailed book on the making of the making of the film.  The 1982 theatrical release contained a voice-over Harrison Ford narrative, added to help viewers follow the story. The narration was written in the 1940s noir style, which I liked. The original release also had more of an upbeat ending. Blade Runner was not a big hit upon release but it certainly became a cult film.

Blade Runner 2049 arrived last week amid great anticipation. It is directed by Denis Villeneuve, the director of Arrival and Sicario, two successful and critically received recent films. Before seeing this film I did check various reviews to gauge the audience and critical trends on the film – generally positive. Opening week, the film did substantial business so I picked an early time, wanting to avoid the crowds. It worked, there were four other people in the theater.

The good news is that film is well-made and probes deeply into many issues, meaning it makes you think, a term not associated with most films today. I love science fiction films that raise issues, delve into our existence and push the bounds of science possible. That is precisely why I enjoy Arrival so much.

Running more than 160 minutes this film is long and moves at a snail’s pace. It does not have the snap and quick pace of the original film. While you can gaze at the beautiful effects of the new film, and admire the awesome set design, the plodding nature of the story and editing nearly put me to sleep. I almost wish there had been a narration to simply keep me engaged or provide a few wisecracks like the Harrison Ford voice-over did in the 1982 film.

Granted, the 1982 film painted a colorful and deep canvass of characters, along with dazzling images and that amazing Vangelis soundtrack. Every supporting character in the 1982 film was well-defined and provided some lasting dialogue or scenes. By comparison, the 2017 film has a couple of supporting characters of note, not worthy of Rachael, Pris, J.F. Sebastian or Roy Batty. I even remember their names.

While the music in the new film is provided by Hans Zimmer and others, and provides effective background cues and thunderous bass notes, but it doesn’t hold a candle to the Vangelis score. Hans Zimmer is the go-to-film composer today, so he credentials are first-rate. But Vangelis composed more than music to accent the story or action; his music also stood on its own as distinctive musical compositions. As an example, in the 1982 film there is a scene with Deckard and Rachael at the piano, appropriately called “Love Theme.” If you recall the the scene, you may even recall the music. “Memories of Green” is another soft, plaintive piano song with lots of weird noises coming in and out of the mix. Vangelis used many different keyboard effects and synthesizers to build his sound layers. I loved the soundtrack so much that before it was commercially available I tracked down a bootleg copy. More than 30 years later fans are still trying to get all of the original soundtrack pieces. If you loved the poignancy of the Vangelis soundtrack, you won’t find it in the new film. The backing music is effective but mostly invisible. 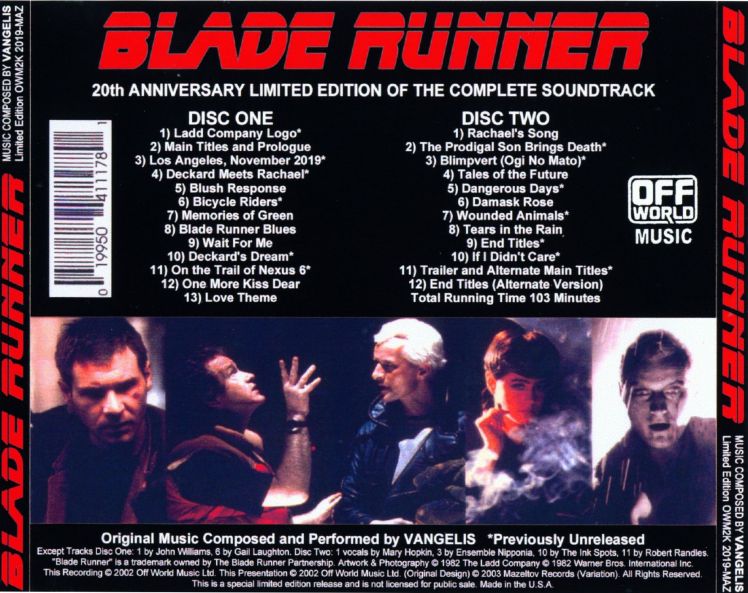 So, did I hate the new film? No. Just disappointed. If you are looking for an intelligent, well made film with great visuals, this is your ticket. If you want what I did, you probably won’t find it.