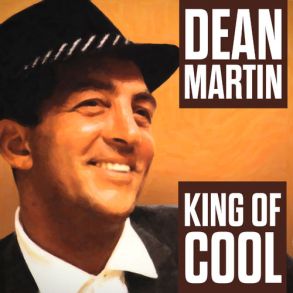 In a decade where the Beatles, Twiggy and Steve McQueen were regarded as hip and cool, Dean Martin was the rare middle aged personality that achieved success in a culture rapidly becoming taken over by a younger generation.  His popularity was huge.  At a time when rockers were dominating the charts, his recording of “Everybody Loves Somebody” knocked the Beatles from the Number 1 position.

Dean Martin owed the 1960’s.  As successful as he was in the previous decade, often with Jerry Lewis, the 1960’s provided Martin a top rated weekly television series, a number of highly successful record albums and singles, and his name above the title in 25 feature films.  Who else enjoyed that kind of success across different show business platforms? 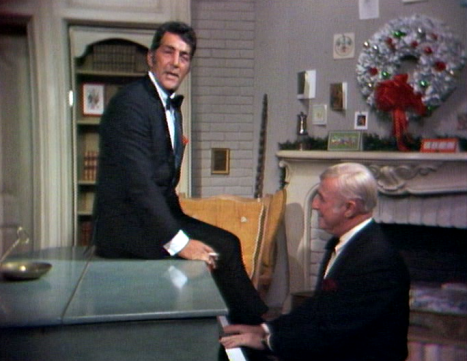 In 1964, The Dean Martin Show premiered as a musical-variety series. In those days, the TV landscape was dominated by the variety series, mixing music, dancing and sketch comedy.  Martin’s show ran for nine seasons, quite a remarkable feat.  Martin had access to the biggest names in show business, including his fellow Rat Pack members.  The show featured several ongoing segments including Martin entering by going down a fireman’s pole, surprise guests behind the door, and his spot of hopping onto Ken Lane’s piano for chat and a tune.  The show had a relaxed, zany quality brought about by Martin’s casual approach to hosting the show.  The man looked like he was always enjoying himself.  And why not?  His contract allowed him to skip most rehearsals and only show up for the day of taping.  He read his lines during sketches.  His look of surprise during the show was usually real, as he was experiencing the show like his audience members.  Pranks and unexpected things happened to Martin, much to the delight of the audience.  One such prank had Martin doing his usual jump onto the piano that suddenly collapsed in pieces, as pianist Lane played along with the joke.

Martin released 21 studio albums during the decade, in addition to live and great greatest hits albums.  He had songs on the Billboard charts throughout the decade, although his hits stopped coming by decade end as musical tastes and radio formats changed away from this style of music. Over the decade, his  popular recordings included “Ain’t That a Kick in the Head?” “Everybody Loves Somebody” “You’re Nobody till Somebody Loves You” and “I Will”.  Like his friend Frank Sinatra, Martin recorded for Capitol Records, but when Sinatra left to set up his own label, Reprise Records, Martin soon followed. 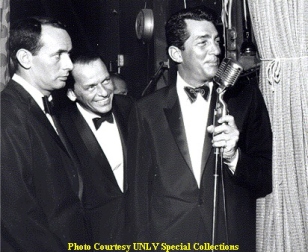 Martin had performed with Jerry Lewis in nightclubs and venues during their decade together, and he continued to do so as a single act.  He regularly appeared in Las Vegas, often with members of the Rat Pack, and was one of the most popular entertainers blending music and his smooth comedy delivery. He frequently appeared several times a year at the Sands, including 1960 when Martin and Rat Pack members shot Oceans 11 during the day and performed onstage at night.  In 1968, Martin took his act to the Riviera Hotel.

After the split with Jerry Lewis, Martin easily moved into a solo film career, and even though he was a big star, he often took co-starring roles. The Young Lions with Marlon Brando, Rio Bravo with John Wayne, Some Came Running with Sinatra, and Who Was that Lady? with Tony Curtis, are examples of where Martin was satisfied with playing the second lead.  For the rest of his career, Martin would alternate between being the first listed lead and sharing the screen with other actors.  He would re-team with

Sinatra and John Wayne in several films during the 1960’s.  He alternated between Westerns and more topical fare, usually in lighthearted adult comedies about love and marriage.  Martin also took on the role of Matt Helm in four secret agent spoofs.

Martin, unlike John Wayne, Frank Sinatra and Steve McQueen, had no qualms occasionally playing a villain or very flawed character, something that Burt Lancaster, Paul Newman and Robert Mitchum sometimes did.  Martin played a drunk sheriff in Rio Bravo, a lecherous singer in Kiss Me, Stupid, an outlaw in Bandolero!, and a ruthless town boss in Rough Night in Jericho.

Whatever Dean Martin took on, he never acted like he was working, it’s like he just showed up at the party with a drink in one hand, a smoke in the other, and a lot of attitude. His wisecracking drunk act was an effective one even late into his career.  He didn’t have a care in the world as the world seems to dance to his beat.  He projected a confidence and swagger, but not any arrogance.  He didn’t mind other actors or singers taking the lead or carrying the load while he added a joke or alternated with a verse.  He didn’t have to own the spotlight, the spotlight would find him.  If you see any of his Tonight Show appearances, he ties Johnny Carson in knots with his deadpan jokes and remarks.  Drink in hand, Martin is quick with his comments and takes over the show.  Despite the image he projected as being half in the bag, he is hitting on all cylinders. 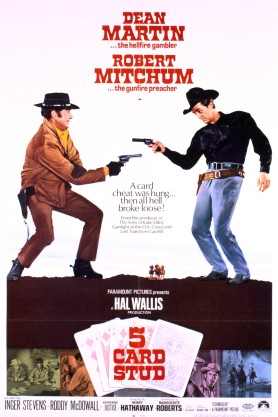 My only criticism is that Martin stopped working at his craft.  He seemed to walk through many roles and preferred golf and other hobbies to rehearsal.  He was a busy man, look at his schedule, going from film sets to recording sessions, to his weekly series to nightclub appearances.   For someone who looked like he wasn’t working at it, he did give his best while he was “on.”  He had a gift for playing light comedy, and he brought believably to a dramatic role, when he wanted to.  Playing a character with flaws suited him. He could play a cad, an outlaw, a drunk, a man with questionable morals and a scammer. He didn’t have to always be the hero.

What made Dean Martin so cool?  In 1967 he turned 50 years old and was at the peak of his fame. In the decade of the Generation Gap, his weekly TV series attracted families and young viewers, his Matt Helm films were crossover hits, and even though his music was for an older audience, he did have chart success.  He never behaved like a big star, even though he was.  Dean Martin projected a sense of fun, of being a prankster, of never taking anything too seriously, including himself.

Retro is cool and with the passing of time, and the glow of nostalgia, Dean Martin has always been cool. Look no further than movies, TV or commercials, his songs are strewn across popular culture.  His image lives on in fashion ads and iconic photographs.   Trends change, but cool never goes out of fashion.