George Harrison’s 75th birthday was this week.  He was the youngest of the Beatles.  For me, the Beatles will forever be young; and me too, since they were all born years before me.  George died almost 17 years ago. Can that be so? 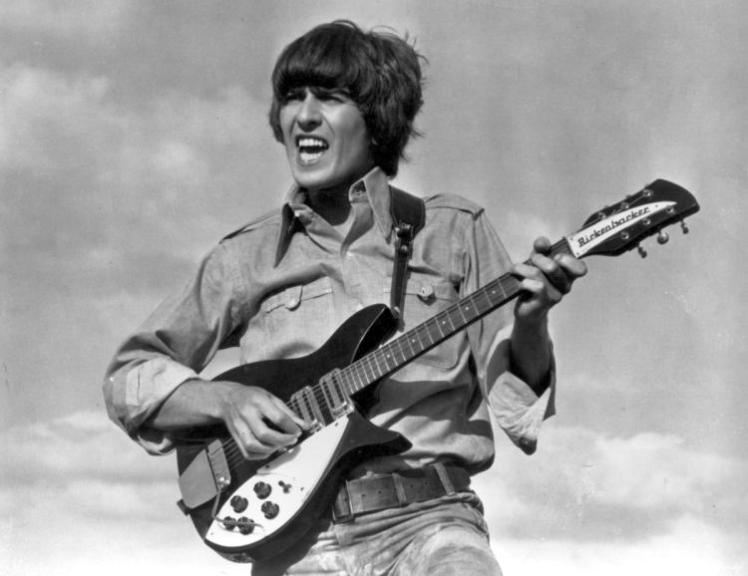 George was the first Beatle to achieve success on his own.  He burst out of the gate with the 3-LP All Things Must Pass set in 1970, and then established the charitable concert that is commonplace these days with the Concert for Bangladesh (1971).  George went on to have highs and lows of musical success during the rest of his life, but he had long past the point where he cared about fame and success.  He had experienced the darkside of fame as a Beatle and preferred life out of the spotlight.  He often went years between record releases, retreated to his family and friends, and followed his own road.  He resurfaced for the Beatles Anthology project, a needed financially rewarding partnership, and a chance to close the book on his Beatles career.  But as George knew, he would be forever be Beatle George.

Beatles fans are generally in two camps.  Those who liked all four, and those who strongly liked one in particular.  George’s fans are fiercely loyal fans.  For many, George will be thought of as the third most talented Beatle, never comparable to John or Paul’s songwriting ability, and that he peaked early in his solo career and never came close to having that level of success again. 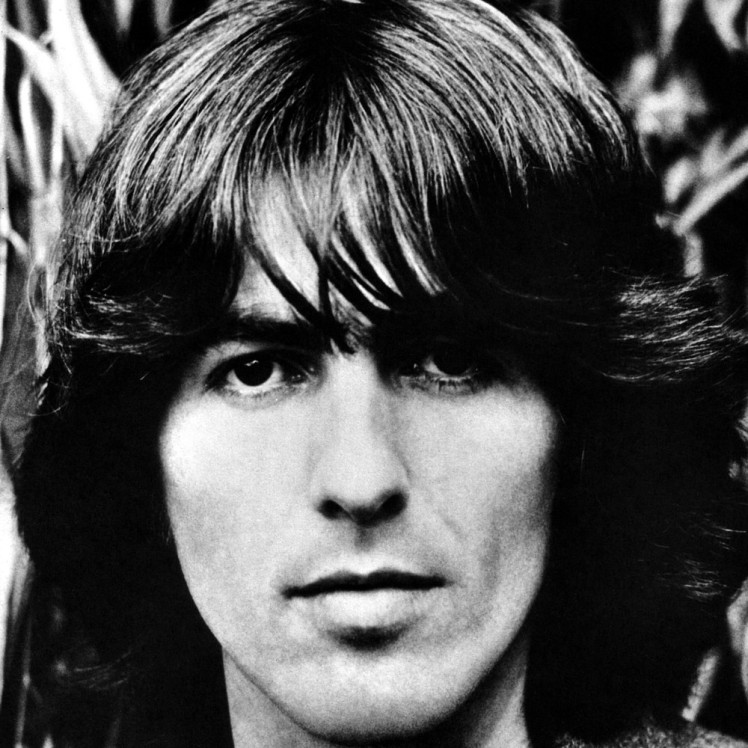 While George didn’t mind selling records and making money, that wasn’t his trip.  As far as talent, George was one of the most respected slide guitar players and other musicians were in awe of playing with him.  As a songwriter, George’s music became even more self-reflective and personal.  When record companies pressed him for product, what he gave them didn’t really interest them.  He had already done All Things Must Pass.  He had moved on.

George Harrison was the mysterious Beatle.  He was termed “quiet”, which perhaps was a misnomer, he shared the same air as John, Paul and Ringo, so there wasn’t much air left for him.  When George spoke, his words were important, they had meaning, his sense of humor sharp and on target.  He was looked upon by John and Paul as the little brother, always the adolescent of those early Silver Beatles days.  Perhaps in their eyes he was always the junior partner of the firm.  Clearly, George did not see himself as junior anything.  When the Beatles were recording the White Album, George had songs ready and began to blossom as a musical force.  It was during that period that he and Paul had a famous blow up over Paul telling George how to play the guitar.  George said “enough,” and quit.  He quit the group.  Paul coaxed him to come back, but the dye was cast.  George had no interest in being relegated to the backseat.

After the Beatles, George continued his quest to explore new horizons in music.  He toured with Delaney and Bonnie, spent time with Eric Clapton, Bob Dylan, and embraced the American music scene.  When he decided to tour in 1974, disaster struck.  While finishing his Dark Horse album, his voice disappeared.  He also decided to feature Indian musicians as his opening act on tour, a decision that did not sit well with many of his fans.  He also changed the words and style of some of his fan favorites, which made for disappointment by some concert goers.  George didn’t seem interested in reliving his past.  George wouldn’t tour again until years later when he went with Eric Clapton and band to Japan.

After his solo career cooled down, George traveled and pursued his interests, including film production.  Auto racing was an enjoyable hobby, as was spending time at his various homes away from the spotlight.  He surfaced occasionally to record as he found his second wind in the late 1980s, with the help of Jeff Lynne.  A solo album returned him to spotlight and record sales, as did his two albums with The Traveling Wilburys.  Then he retreated again, in part due to health issues and being assaulted in his home by a knife wielding madman.  He had started on a project to re-release his solo albums, and was working on an album when cancer returned.

For many, George Harrison was an enigma.  His pursuit of spirituality and journey into Indian music was lost on many, though he was respected for his dedication to meditation and Hinduism beliefs, and his charitable efforts.

While Paul and Ringo toured constantly, and used the media to promote their new recordings or business interests, George often took a different path.  He was comfortable in his retreat to Friar Park, his home in Henley-on-Thames, or his Hawaiian home.

At times, he seemed to battle with himself over embracing his Beatle identity.  The Beatle baggage seemed heavy when we wanted to escape it and be judged for himself, and when we wanted privacy.  John Lennon’s death along with being assaulted in his home, was the darkside of fame.  At other times, he delved into Beatle territory.  He wrote and recorded All Those Years Ago, as a tribute to John Lennon, and When We Were Fab in the late 1980s.

After his death, George seemed to gain more fame, in part due to the reverence bestowed on him by those who understood his charitable work, his music and film legacy, his impact on generations of musicians, and the influence of his spirituality.  George’s mystique, thrust him into the spotlight, a place he never quite wanted to be.  A man whose fame was an ill fitting cloak, a source of battle throughout his life.  As films, concerts, and re-releasing of his back catalog rolled out, his legacy gained more texture as his life, warts and all, was more fully revealed to the world.  Extra texture.  While he man who revered in his privacy would wince at all of the attention, he would probably dismiss it all with his sardonic humor.  In a first meeting with producer George Martin, the boys were asked by Martin if there was something they didn’t like.  Young George Harrison quipped, “Yes, your tie.” 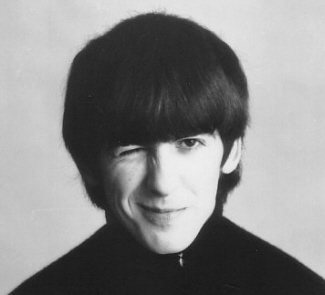