Richard Wright, or Rick Wright as he was sometimes known, didn’t write or sing many Pink Floyd songs, but his keyboards were the cornerstone of the band’s sound. Wright’s gentle and poetic textures were just as effective as a towering wall of sound.

His career in Pink Floyd was an interesting one.

Rick Wright died in 2008 and with his death, the curtain came down on the band. Wright, who toured with fellow Floyd member David Gilmour’s band, quietly sat behind his keyboards as Gilmour nursed the spotlight. Gilmour is quoted as saying that with Wright’s passing, there is no way he could tour as Pink Floyd. With the exception of The Endless River, the final Pink Floyd studio album, no more new Floyd music is expected.

Wright often toured in support of Gilmour’s solo projects and appeared in the Live in Gdansk concert DVD.  When Gilmour did the band introductions, he provides a special moment in the spotlight to Wright, who is a bit taken back by the audience’s extra long moment of love for him. Wright seems a bit humbled by the enthusiasm. That was Richard Wright, appreciative, but never very comfortable with the attention.

Wright was an original member of Pink Floyd, and early on, he seemed to help provide musical direction, particularly translating Syd Barrett’s eclectic ideas from threads into a group tapestry. Wright brought his musical training to the band, he could read sheet music, could play the saxophone and trombone, and had interests in jazz and other types of music.  His contributions to songs by Barrett, Gilmour and Roger Waters made them immensely better but he rarely got credit for his work.

In the late 1970s, his participant in the group declined. He had no writing credits and with Waters taking control of the Floyd’s musical course, Wright was more of a sideman than a contributing partner. Opinions differ on why his role, including as a writer, were reduced. Wright admitted in an interview that he didn’t bring any songs or ideas to the sessions, but also said he wasn’t encouraged or given room to create music. Waters dismisses those comments saying he never wanted the burden of songwriting and asked the others to offer up songs.  Whatever the truth, Pink Floyd stopped being a band of collaborators and became the vision of its leader.

During the making of The Wall, he left the group, whether he was fired by Waters or left on his own. The keyboard parts were mostly done by other musicians. Wright was not on The Final Cut, although Mason and Gilmour had little to do with the album either. When Pink Floyd was resurrected by Gilmour in the 1987, Wright returned on a salary during the making the A Momentary Lapse of Reason album and tour. Later when The Division Bell album was being recorded in 1994, Wright was back as a full member, and was there are world tour in support of the album. 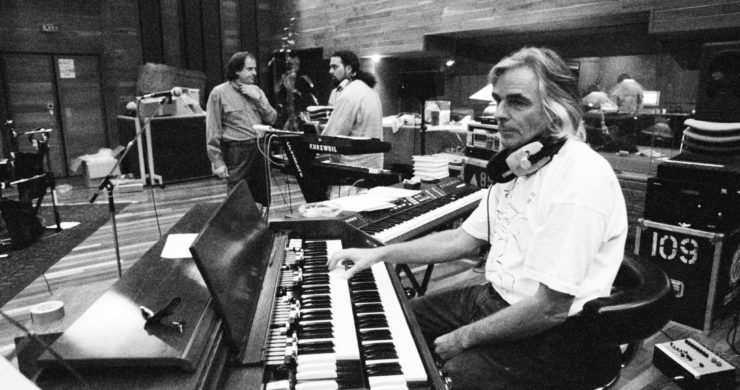 Wright was a quiet man who avoided the power struggle and dynamics within the band. He was married three times in life, and it was known that he battled substance abuse issues during the band’s meteoric rise following Dark Side of the Moon.  Wright lived in Greece and France, and preferred sailing and other quieter pastimes than living a rock and roll life.

In 2015, Gilmour released the album Rattle That Lock, with the song “A Boat Lies Waiting”.  In an interview with Mojo magazine, “(My wife) Polly (Samson) wrote those words which sort of bring Rick to mind really,” said Gilmour. “The rolling piano was a bit like waves, and Rick’s big thing was sailing. He practically lived on his boat, sailing across the Atlantic. He was an old salt by nature.”

Dark Side of the Moon was Pink Floyd’s creative zenith as a group. Working as a team, they fleshed out individual songs into creative masterpieces. These songs were constructed, piece by piece in the recording workshop, much like Sgt. Pepper had been a few years earlier by the Beatles. The synthesizer, with industrial sounds and pulsating beats, was key in creating the mood and atmosphere of that album. Contrast that with Wright’s plaintive and gentle piano notes in Us and Them, a song chiefly written and sung by Wright. Wright co-wrote or mainly wrote five of the album’s ten tracks. He would never contribute so magnificently to a Pink Floyd album again. The album remained on the charts for 741 weeks and is reported to have sold 45 million copies. Not bad.

Wright released two solo albums, the first in 1978, Wet Dream, and Broken China in 1996. Neither album made much a dent musically, although Wet Dream is better than several Pink Floyd albums including The Final Cut. Wet Dream is jazzy and melancholy, finely crafted and if you give it a chance, will stay with you. Broken China has moments but seems largely unfocused and lacking in enthusiasm. Wright’s greatest writing accomplishment late in life, other than playing his Pink Floyd parts in concert, was “Wearing the Inside Out”, an aching, melancholy tune on The Division Bell.  Anthony Moore, co-writer of the song said this about its meaning, “…wearing out your inner existence, becoming exhausted with too much reflection and thinking.” 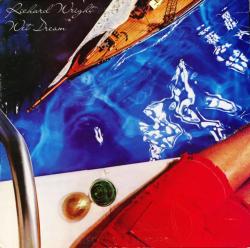 Only Rick Wright could have written it, because he lived it.