Albert Finney was one of the last of the old school actors.  His career was as long as my life, and encompassed many phases, as he moved through various periods of his life.

While many actors fade or are relegated to grandfatherly roles in their later years, Finney, like Christopher Plummer, entered a very successful phase.  The kind of roles might have changed but the quality of his performance did not. 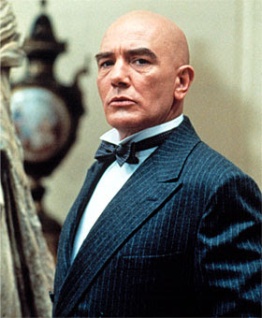 To Americans, Finney burst onto stage as the title character in the ribald film, Tom Jones.  Finney never really became a romantic leading man in films.  The closest he got was with Audrey Hepburn, Two for the Road, and Charlie Bubbles; films that showcased him as a lover, but failed to find a big audience.  Finney was a working actor, who would disappear behind makeup and accents to bring characters to life.

His masterful performance as Hercule Poirot in Murder on the Orient Express (1974) was, for my money, the best Poirot, and one of his finest roles.  He was nominated for an Academy Award for that part (losing out to Art Carney for Harry & Tonto), and four other roles in his career.

Other character roles included Scrooge (1970), The Duellists (1977), Annie (1982), and The Dresser (1983).  Finney also took offbeat roles, and worked in both television and the stage.  The roles might have been small at times, but he rarely failed to impress.

In 2000, Finney took a supporting role that was equal to his talent, Ed Masery in Erin Brockovich.  Nominated for an Academy Award, he stood equal to Julia Roberts’ award winning role.  So began Finney’s final act. 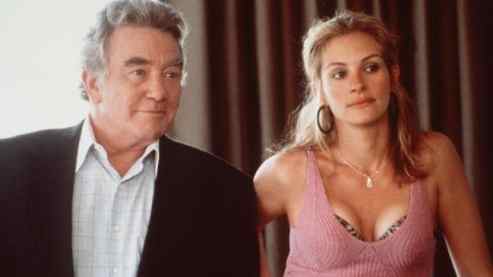 Big Fish was perhaps the most demanding role of his later years.  In a film with many odd and eclectic characters, who move back and forth between fact and fantasy, Finney reached into his soul to give Ed Bloom a rascally but lovable shine.  An actor of lesser talent could not have embraced and reflect so many dimensions to the character.

In A Good Year, Finney appears in flashback, the opposite of his character in Big Fish.  As Uncle Henry, Finney’s character is mostly felt off-screen, but his scenes with Young Max are a sage and reflective man of the world trying to impart future wisdom to his nephew.  Uncle Henry tries to steer Max in the right direction, despite his own missteps.  Like his character, Finney imparts his experience and wisdom, in the form of his decades of his unique acting skill.

Finney was nominated and presented with many television, screen and stage awards in his long career.  He wasn’t particularly a fan of awards or pomp and circumstance. “It’s as if you are entered into a race you don’t particularly want to run in.” He was even offered awards and a knighthood from the Queen and turned them all down.  “I think the Sir thing slightly perpetuates one of our diseases in England, which is snobbery,” he was quoted as saying.

A working actor to the end, who never got caught up in the fakery or glamour.