The Secret (2019) is the first album of new music by Alan Parsons since A Valid Path (2004).  Parsons has continued to tour sporadically as a solo artist and has released four live albums through the years to the keep the music of the Alan Parsons Project alive.

The last Alan Parsons Project album of new material was Gaudi (1987), to cap twelve years of inventive and commercially successful work.  The Alan Parsons Project was Parsons and Eric Woolfson, who left in 1990 during the recording of what would become a Woolfson solo project.  Up to that point, Parsons and Woolfson co-wrote the songs, provided much of the keyboard instrumentation, arranged the songs, sang some of the lead vocals, and Parsons handling the main production chores. It was a partnership with some creative tension but that seemed to push them on to great success.

By the time Gaudi was released, the success train was pulling into the station as their run on the singles chart was done and album sales slowed. Woolfson turned his attention to musical theater and produced a number of solo albums in that vein before he passed away in 2009.

I’ll admit, by Gaudi, my interest in new APP material was fading. The quality and originality was declining. Album sales agreed.

Parsons continued releasing albums as a solo artist, much like their group albums, and used many of the key musicians as APP albums.  His albums generally broke into the top 100 albums on the charts, but failed to gain any traction on the singles charts.  Parsons utilized the writing and guitar skills of long-time APP member Ian Bairnson, who Parsons had worked with since the early 1970s in the group Pilot.  Familiar hands also included David Pack (Ambrosia), Stuart Elliott (Al Stewart, Kate Bush), Andrew Powell and Richard Cottle.  The transition from APP to Alan Parsons solo was probably seamless for the fan, but the songwriting and musical collaboration with Woolfson was significant, at least to me. 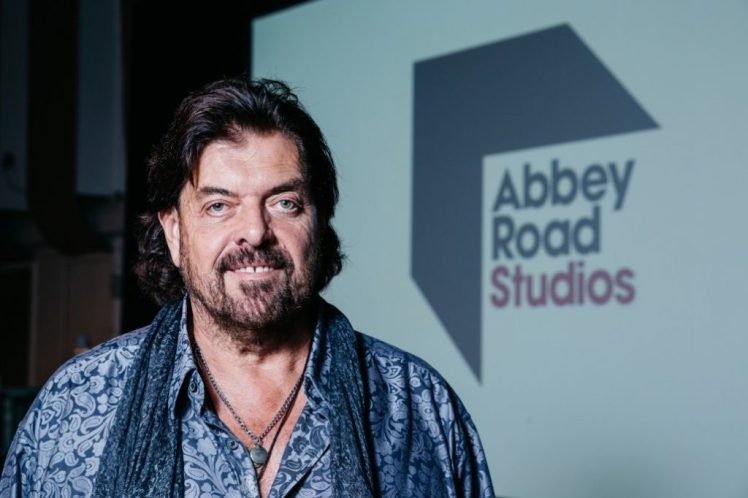 For those only casually familiar with Alan Parsons, before he formed the Alan Parsons Project with Woolfson, he was a producer and engineer, mostly based in England.  As an engineer at Abbey Road Studios, he worked with Pink Floyd, including the engineer on Dark Side of the Moon, for which we was awarded an Grammy.  He worked with the Beatles as an assistant engineer, and later worked with Paul McCartney and The Hollies.  Parsons produced an album for the group Pilot (“Magic”), several albums for Ambrosia (“Holding on to Yesterday”) and big international hits for Al Stewart (Year of the Cat, Time Passages).

I had the pleasure of seeing Alan Parsons in concert and it was a grand trip down memory lane.  His large band reproduced the familiar songs faithfully, although none of the original vocalists, aside from Parsons, were on hand.  Through the years, Wooflson, John Miles, Chris Rainbow, Gary Brooker, Colin Blunstone, Lenny Zakatek, David Patton, Dave Townsend, Elmer Gantry and Dean Ford were the lead vocalists on the hit records.

The Secret comes after a large gap in Parson’s recording catalog.  He’s focused primarily on live performances and teaching recording technology and methodology. Now at age 70, he had delivered what might be the coda to his long career.  Who knows.

I must admit, my expectations for The Secret were modest, and I wasn’t disappointed.  It is well-crafted, which did not surprise me.  What did surprise me was the songwriting and mellow production.  It’s not a terrible album, it is pleasant, but very vanilla for my taste.  Most of the songs are hummable not memorable. It reminds me of by-the-numbers songwriting, perfect for the elevator or dentist chair, but as soon as the CD was over, I couldn’t remember much about it. Overall, the CD lacks the grandeur of the final APP albums, but is lighter in tone and with more commercial polish.

“The Sorcerer’s Apprentice” – An instrumental piece, mainly orchestra but accented by a few rock musicians including Steve Hackett (Genesis).  The music was written by Paul Dukas and arranged by Parsons and Tom Brooks.  The song relates thematically, but it didn’t impress me. Sorry.

“Miracle” – One of the best tracks, it hearkens back to some of the finest APP songs.  It has a rock sensibility and well-arranged vocal work.  I wish more of the songs were of this quality.

“As Lights Fall” – Sounds similar to other APP songs.  Pleasant in sound, but it left me thinking I had heard it before, but better. One of Parson’s few lead vocals.

“One Note Symphony” – Inspired by Apollo 11’s Moon landing.  Narration by Parsons.  The song isn’t very creative, just repeating the same motif over and over.

“Sometimes” – Lead vocals by Lou Gramm (Foreigner).  One of the better songs on the CD, purely Adult Contemporary material.  It doesn’t rank as one of APP’s better songs, but a good effort.  It’s a bit long and repeats the same motif (as I said about another song).

“Soiree Fantastique” – This song had a lot of potential.  Pleasant arrangement, a pseudo French-sounding street song with accordion, but a nice guitar solo toward the end.

“Fly to Me” – The lyrics are pretty weak.  Nice guitar work but a forgettable song.

“Requiem” – Another song that had potential but it falls back on old song progressions and techniques.  Another pleasant song that had promise but is like half-baked bread.

“Years of Glory” – Vocals by P.J. Olsson. One of the nicer songs on the CD.  Big orchestration.

“The Limelight Fades Away” – A little harder rocking song.  I wish the band had kicked it out more often. The guitar work on the entire CD is good, just restrained in most of the songs.  One of the top three songs on the CD.

“I Can’t Get There From Here” –  Ian Bairnson returns for the guitar solo on this song, unfortunately his only appearance on the collection.  As I said, the guitar work in general is very good, but more links to past glory would have been nice. This song is in the vein of the songs that close most of the APP albums.  Vocals by Jared Mahone, who does a good job, with what should have been an even better song.  Not quite up the classic level of a great close-out song, but definitely above average.

There aren’t any unique and creative musical passages or linkages between songs.  I realize the lyrics of the songs are loosely connected thematically by mystery, sorcery and magic. I would call this an “Alan Parsons Project – Lite” collection songs.  Most of the vocal work is good, just not memorable.  Parsons only sang lead on occasion, so it’s doubtful you’ll recognize his voice.  He plays on almost all the songs but you won’t recognize his guitar or keyboards – not like you could on the APP albums.  Parsons is mostly in the background so the album has no definitive style or voice that unites the songs.

My personal belief, Parson and Woolfson had a great creative energy that made each other’s ideas so much better.  Their solo work hints at the power they had together.  The Secret is not a bad collection of songs, in fact, it is stronger than some of Parson’s solo work, and as I mention, better than some songs on later APP albums. Unfortunately, APP set the bar almost impossibly high.

I’ve sampled a lot of reviews, and most are very complimentary, praising a return to the APP sound and songs that convey the literary magic of their past classics.  I’d like to paint a more positive portrait of this work, but I cannot.  Maybe it will grow on me but I’ve been a fan of the APP and Parsons solo work since 1976.  If it needs to grow on me, then something is missing.

If you are expecting Pyramid, I Robot, Eye in the Sky, Eve or Turn of a Friendly Card – you’ll be disappointed.  If you want to listen to some pleasant songs, The Secret is worthy of a listen.

2 thoughts on “Alan Parsons: The Secret”