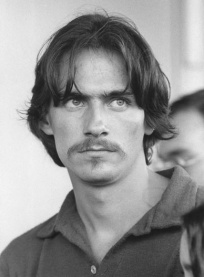 Sweet Baby James was enjoying a terrific decade of success. He transcended the label of sensitive singer/songwriter into a mainstream pop star. “Fire and Rain” was just the beginning.

Gorilla was a shift from his previous Walking Man album. Instead of recording in New York City and using session players there, Taylor recorded in L.A. and used players who had appeared on his earlier albums. The warmth and laid-back SoCal groove returned.  The difference between these albums is startling. The Taylor that recorded Gorilla was five years and a million concert miles away from Sweet Baby James. 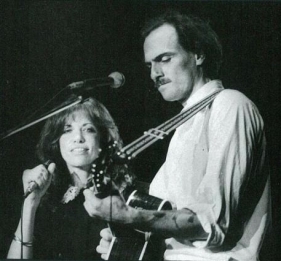 This was his sixth album and this time around his songs were more accessible as he switched to Warner Brothers producers Russ Titelman and Lenny Waronker. Their credits included Randy Newman, Arlo Guthrie, Little Feat, Gordon Lightfoot and the Doobie Brothers. These were experienced guys.

I listened to every song from his previous five albums and it is easy to see his progression from his overproduced James Taylor debut on Apple Records, through his early folk-pop Warner Bros. albums, and his attempt at a more sophisticated and contemporary sound with Walking Man.

Gorilla is a mellow album, but not sleepy mellow. It has the organic sound of his early albums with a step forward in songwriting. Some said a big difference was that he let go of his somber, serious past and embraced his new domestic life. Maybe, but I think he’d grown and was more comfortable in his skin.

Taylor’s strength is his warm acoustic guitar and ability to pick out a melodic progression that compliments his full voice. Gorilla is a return to his strength rather than complex musical arrangements. Taylor is talented enough to carry an album by himself.

Gorilla reached number five on the album chart, an improvement from his last album.  Each Taylor album had one or two big singles.  There is no “You’ve Got a Friend” or “Fire and Rain” on Gorilla, but the cover of “How Sweet It Is” was a big charting song.

All songs by James Taylor unless otherwise noted.

“Mexico” – 2:57  A really nice acoustic guitar intro.  Something Loggins & Messina might have done, an uptempo, gentle song with sweet harmonies by Crosby and Nash.  One of the best songs, like a cool summer breeze blowing in from the ocean.

Way down here you need a reason to move Feel a fool running your stateside games Lose your load, leave your mind behind, Baby James

“How Sweet It Is (To Be Loved by You)” (Holland-Dozier-Holland) – 3:33  Probably the most famous song from the album, a Motown classic, and an opportunity for Taylor to share a vocal with wife Carly Simon.  Nice song, but overplayed.  There are better Taylor songs on the album.

“Wandering” (Traditional; arrangement and additional lyrics: James Taylor) – 2:40 Taylor makes this is own song, almost a confessional.  Very basic accompaniment, mainly Taylor and his guitar.  Nice vocal arrangment, with Taylor harmonizing with himself.

“Gorilla” – 3:10 A novelty song, but it has a nice guitar and ukelelee groove.  Taylor can pull this off without it sounding too corny.

“You Make It Easy” – 4:10  One of the biggest arrangments, a slow burner ballad, with a string arrangement.  Easily among the best songs and strongest Taylor vocal performances.

“I Was a Fool to Care” – 3:19  One of the best and most melodic songs on the album.  A nice acoustic guitar, electric piano accompaniment. A high quality song.

“Lighthouse” – 3:15  Nice vocal support from Crosby and Nash.  This could be a CS&N song, it has a great sonic range and vocal harmonies.

I’m a lonely lighthouse, not a ship out in the night I’m watching the sea She’s come half-way round the world to see the light and to stay away from me There is a shipwreck lying at my feet
Some weary refugee from the rolling deep
Ah, would you lose it all and fall for me?

“Angry Blues” – 3:25  Taylor sings the blues, but he really doesn’t sound like it. More electric guitar than you usually get on a Taylor song.  A bit tougher than normal, when Taylor lets loose.  Lowell George of Little Feat on slide guitar.

“Love Songs” – 5:45  Nice, but somewhat nondescript love song.  Pleasant arrangement but not one of the strongest songs on the album.

And in the time that it takes to sing this song I hope you can see for yourself Love must find you Love must find you a way I reckon I must be just an old softy ’cause I still believe in love I think the best is yet to come ’cause where I’m from is also where I’m going
“Sarah Maria” – 2:46  Simple, but very effective song.  If Taylor wrote folk songs, this is what it would sound like.  Taylor harmonizes with himself on a song written for him new daughter.

Gorilla was back on firm footing. His next album, In the Pocket, is a puzzler, a step backwards. It wouldn’t be until the following album on a new record label, JT, that Taylor would enjoy his biggest success and most appreciated album. That story is for another time.