Who knew that a trumpet-led band with a marimba, and no vocalist could be a multi-platinum pop group?  It wasn’t until after the their third hit album that Herb Alpert actually put together a band.  The albums were Alpert and a changing group of session musicians. 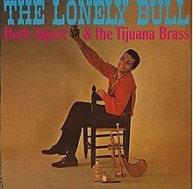 Starting with The Lonely Bull (1962), Herb Alpert and his band released at least one album per year.  Alpert and business partner Jerry Moss formed A&M Records to release their albums, and signed other artists to fill out the roster. “The Lonely Bull” reached number six on the charts.  The album was a mixed bag of originals, novelty and cover songs.  The lively, but easy-going trumpet heavy songs were jazzy but had a catchy south of the border feel, a trademark for future Tijuana Brass songs.

The next release was called Volume 2 (1963) followed the same formula, originals, covers and a novelty song or two.  For some reason, the album was not a success, it sold poorly, and it was allowed to go out of print. 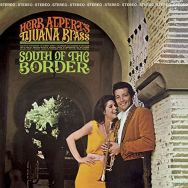 South of the Border arrived in 1964. The band kept the Mexican-flavored sound but fine-tuned it for a more commercial veneer for cover versions of popular songs. “The Girl from Ipanema” and “All My Loving” received the Tijuana flavor and were interesting versions.  Alpert would continue to cover popular songs on future albums, as well as songs from films like “Hello, Dolly!” and “I’ve Grown Accustomed to Her Face.”  Sol Lake is credited with three songs on the album, he wasn’t a member of the Tijuana Brass, but knew Alpert and wrote songs, many of which Alpert recorded.  South of the Border turned a corner for the Tijuana Brass sound, subtle Mexican sound but upbeat and playful. 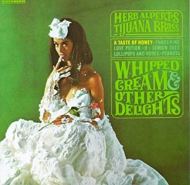 Whipped Cream & Other Delights came out in 1965.  I always felt this was a concept album, mostly food-related song titles, but more in the upbeat, bouncy and horn-flavored songs.  The album sold millions and is the best remembered of their albums.  Every song has a familiar and infectious groove to it.  The album spent 141 weeks in the top forty. There were two singles, “Whipped Cream” and “A Taste of Honey” that charted.  “Whipped Cream” was a song Al Hirt had turned down, but Alpert snapped it up.  “A Taste of Honey” was originally released as the B-side of a single, but soon Alpert figured out to flip the songs.  It won three Grammy Awards.

Music from the album was used on The Dating Game:

Perhaps the most memorable part of the album was the cover.  Model Dolores Erickson wore a dress covered in shaving cream, not whipped cream for the photo. It was quite risque for the time and no doubt helped sell the over six million copies that would eventually be sold.  The success forced Alpert to put together a band to take the album on the road.  Alpert would often remark that the band was unable to play the album cover. 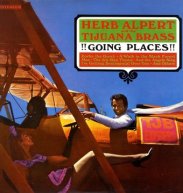 !!Going Places!! also arrived in 1965, and is actually on par with Whipped Cream & Other Delights.  While it had a tamer album cover, and no obvious concept, the selection of songs are quite strong, and continue the format of South of the Border, a few originals, some film songs and a few covers of popular songs.  It was a good formula.  “Tijuana Taxi” and “Spanish Flea” were upbeat, popular singles.  “I’m Getting Sentimental Over You,” “3rd Man Theme,” “Walk, Don’t Run” and “Zorba the Greek” are all tremendous versions.  Alpert’s arrangements are top-rate.  Horns, marimba and Latin percussion are not rock and roll instruments but it is easy to see why this album was number one for six weeks. 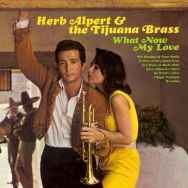 In 1966, What Now My Love and S.R.O. were two Herb Alpert and the Tijuana Brass albums to hit the charts.  What Now My Love spent nine weeks at number one, while S.R.O. only rose to number two.  There were no big hits from either album, but each followed the formula, film music, new songs, covers of standards like “It Was a Very Good Year.” “The Shadow of Your Smile” was from the film, The Sandpiper.  Alpert was incorporating more jazz arrangements into this albums. He version of “Mame” was more Dixieland jazz.

Sounds Like… Herb Alpert & the Tijuana Brass (1967) continued the use of a Bacharach-David song, this time a cover of Casino Royale, which reached number one of the easy listening chart.  The album reached number on the charts again.  Herb Alpert’s Ninth was also released in 1967, but reached a lower chart position, number four.  The album replicated the mix of originals, show tunes and classics. 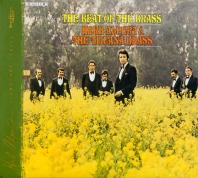 The Beat of the Brass was album number ten for Alpert and the band, and the last number one album for them.  The album marked only the second lead vocal for Alpert and a number hit, “This Guy’s in Love With You,” written by Bacharach-David. Alpert starred in a television special that premiered the song.  The album is the usual assortment of songs with covers of “Talk to the Animals,” “Cabaret” and “Thanks for the Memory.”  There is a fine version of “Monday, Monday,” but otherwise the style is gravitating toward Lawrence Welk. If you view this album through the lens of the band’s style, it has some strengths, just not a freshness.  “This Guy’s in Love With You” is clearly one of Alpert’s all-time best tracks.  His vocal is passable, the musical vibe is one of Bacharach’s best melodic compositions.

Christmas Album appeared late in 1968 and has remained a popular annual seller. Warm (1968) left the Tijuana sound for a strong Brazilian sound, as Alpert wanted a distinctive style change. The Brass Are Comin’ was released in 1969, but it was not successful.  Later that year, Alpert would suffer what he called a nervous breakdown and disbanded the Tijuana Brass.

Alpert started a solo career, which peaked in 1979 with the release of Rise, a top charting jazz album and the number one title song. Alpert continued to release new music and re-lease old classics.

In 1989, Alpert and Moss sold A&M Records to Polygram Records for $500M.  Since then, A&M has been merged into Universal Music and other corporate entities.  Alpert created an arts foundation and have given away some of his money including $10.1-million donation to Los Angeles City College that will provide all music majors at the school with a tuition-free education.

“It was such an amazing blastoff, in 1964, or ’65–I felt like I didn’t have my seat belt on,” Alpert said. “I was traveling a lot, and a lot of things were happening so quickly that it was hard to experience it all. But I’ve been blessed; I feel a need to pass it on as best I can, and hopefully, to attract others who have the means to do likewise. 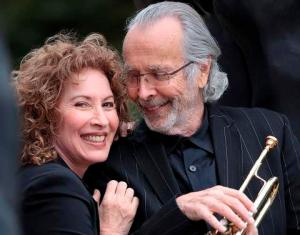 “I was super-shy and the trumpet was speaking for me,” Alpert told the L.A. Times. “It made the noise I couldn’t get out of my mouth. It’s a way for kids to experience their own uniqueness and appreciate the uniqueness of others.”

“I get to make music, and I get to paint and sculpt, and I’m a right-brained guy, 85 percent on the right side of my brain,” Alpert told the Chicago Tribune.  Alpert, now 81, and wife, singer Lani Hall, continue to give concerts across the country.  “But I love to play,” he adds.