Musical variety shows were the bread and butter of television from the earliest days in the 1950s, a carryover from radio and vaudeville. Music and comedy were a natural match.  As television sets began to populate households across the country, families embraced the format, it was great, inexpensive entertainment.  Mostly produced in New York, it wouldn’t be until the later part of the next decade before Los Angeles became the focal point.  Broadway and nightclubs were a big entertainment draw in the 1950s, and that’s where hosts and performers came from.

Others arrived on the scene that brought a fresh touch, like Steve Allen, Gary Moore, Andy Williams, Bob Newhart.  Later, Danny Kaye and Dean Martin would join the ranks.  Still later in the decade, Laugh-In and Carol Burnett would move the needle on the format.

There was a time when networks would put big stars in either a sitcom or give them a variety show. Those were the go-to genres at the time. There were plenty of cop, lawyer, doctor and cowboy shows, but those were expensive and story-driven.

If the star was a performer, you slid them into a variety show format. Give them a core group of performers who provide the main comedy work, a dancer team and an orchestra. Each week, a different guest-star who will sing or song with the host and be in a few comedy skits.  The shows almost write themselves.

Variety shows brought diverse entertainment to people who didn’t go to Broadway shows, the opera, nightclubs and concert halls from around the world.  It wasn’t all snooty culture, but it was an opportunity to enjoy performers usually unavailable to them, in the comfort of their own homes.   Ed Sullivan, not an entertainer, but who could spot entertainers who could appeal all across the land.  Television was the cultural melting pot and variety shows the ingredients.

Also in the decade, there were a number of “musical variety” shows which were really just music shows, usually aimed at the youth audience.  American Bandstand, Soul Train, Where the Action Is, Hootenanny, Hullabaloo and Shindig.

Best of the 1960s Variety Shows 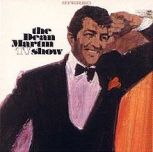 Dean Martin (1965-1974) For five of the show’s nine season, it ranked in the top 30 of the ratings.  Martin sang a couple of songs each show and participated in skits, although he only showed up the day the show taped.  The allure of the show was Martin’s good nature and unpredictability, given his lax preparation.  In the early 1970s, the show began to fade as more contemporary performers were taking over the variety show format.

Hollywood Palace (1964-1970) A different host was used each week, though many appeared more than once.  This was similar to Ed Sullivan’s show, featuring an eclectic mixture of performers, although often the hosts were performers too. The Hollywood Palace was fairly traditional entertainment.

Danny Kaye (1963-1967) Singer/actor Kaye used the format for singing, dancing and comedy sketches.  Television was a very good format for the multi-talented Kaye, but he was old-fashioned in the late 1960s. He formed a bond with the audience in his monologues, much like Carol Burnett would later do.  In fact, regular Harvey Korman would quickly join Burnett’s show after Kaye was cancelled.

Ed Sullivan (1948-1971) Same time and night, every week.  If you wanted exposure, you got booked on his show.  Elvis, the Beatles, the Rolling Stones, the Muppets, Broadway musicals, everyone wanted to showcase their comedy, music, plate-spinning or other talent on Sullivan’s show.  Puppet Topo Gigio and ventriloquist Señor Wences were two audience favorites. A total of 1,068 shows aired.

Glen Campbell (1969-1972) The first two seasons were in the top 20.  Rob Reiner and Steve Martin were writers.  Campbell was an affable personality and offered a blend of pop and country music. The show had its moments.

Andy Williams (1962-1971) Affable pop singer Williams showcased a lot of music, but also much comedy.  Jonathan Winters, Wally Cox, Phyllis Diller, Paul Lynde, Charley Callas and Red Foxx were just a few of the comedic performers.  The show was pretty square in its early days, but actually loosened up a bit in the final seasons. The show also featured many appearances of the Osmond Brothers, and Williams’ wife Claudine Longet.  Williams was known for his Christmas specials.

Carol Burnett (1967-1978)  Arguably, the most successful musical/comedy/variety show with a performing host.  This show spanned the traditional variety show of the 1960s and the more modern format of the 1970s.  Ironically, with the cancellation of the Burnett Show, the variety show format was left for late night shows.  Carol Burnett was known for outrageous comedy, in large part because of the talented pool of performers, but also for lavish musical/dance production numbers.

Laugh-In (1967-1973) Was a hip, rapid-fire series of comedy sketches, musical parodies and wacky “black-outs” like in vaudeville. Rowan and Martin were the hosts for his comedy party that had a large cast of characters. Even big stars (John Wayne) and politicians (Richard Nixon) wanted to be associated with satirical weekly show.

The Smothers Brothers (1967-1969) The show aired for three seasons and 71 shows. If there is one word that describes the show, it would be: controversial. The show was always very edgy and made the network nervous by the guests and subject matter.  Several shows were edited to remove content including Pete Seger singing, “Waist Deep in the Big Muddy,” a reference to President Johnson and the Vietnam War.  Joan Baez made reference to her husband who was serving time in prison for refusing to serve in the military, that part was edited, after the show was not aired as scheduled.  Harry Belefonte taped a song, “Lord, Don’t Stop the Carnival“  where the backdrop was violence at the Democratic National Convention. That segment was not aired.  There were other battles with the network over comedy content that the network finally pulled the plug on the show.

Hee-Haw (1969-1993) The show began on CBS where it took the time slot from the canceled Smothers Brothers Show. It ran for two years, was cancelled and found life in syndication, running a total of 655 shows. Roy Clark and Buck Owens hosted for most of the years, it was a countrified version of Laugh-In, musical numbers from the cast, guests and the usual corny comedy sketches.

Best of the 1970s Variety Shows

Carol Burnett was one of the few shows that actually got better with age.  Dean Martin, Ed Sullivan, Glen Campbell, Andy Williams and Laugh-In all faded in the new decade.  In the 1970s, variety shows were handed out like parking validations until the format was worn-out and by the late 1970s, abandoned. Only one show has lasted, Saturday Night Live.  Jim Nabors, Bill Cosby, Don Knotts, Mary Tyler Moore, Tony Orlando, Sonny & Cher, Cher, Sonny Bono, Richard Pryor, Flip Wilson, John Byner, Starland Vocal Band, Howard Cosell, Ken Berry, Tim Conway, Sheilds and Yarnell, The Hudson Brothers, Lola Falana, Captain and Tennille and Leslie Uggams all had shows during the decade. Most of these shows failed to last more than a season.  What made one show different or better than another?  How many shows can Bob Goulet or Stiller & Meara appear in a year? 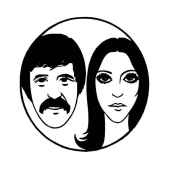 Sonny & Cher Comedy Hour (1971-1974) For a couple of seasons, this was a very popular show. What forced the cancellation was their divorce.  Each tried a separate show, and each failed.  So in 1976, despite not being married, they reunited for another Sonny & Cher Comedy Hour, but it only lasted one season.  The old magic was gone.  The show did boast some good cast members: Steve Martin, Bob Einstein (Super Dave Osborne) and Teri Garr.  The show employed some good writers and they booked a lot of hip guests, but it was the chemistry between Sonny and Cher that brought the viewers in.

Flip Wilson (1970-1974)  Wilson was the only regular on the hour-long show, but he often had George Carlin and Bobby Darin as a guests.  You might recall that the stage was in the center, with the audience seated around on all side.  This gave it an intimate feel.  Wilson created some famous characters like Geraldine and there were a few hip sayings that emerged from the show. The devil did make him do it.

Tony Orlando & Dawn (1974-1976) The group enjoyed a few high charting songs in the early 1970s and they were offered their own show.  “Tie a Yellow Ribbon ‘Round the Ole Oak Tree” was their number one hit, which they performed on many other shows. This show wasn’t groundbreaking in any measure, it featured singing, dancing and comedy sketches, standard fare.  The group stopped placing songs on the charts and the show lost ratings.

Jim Nabors Show (1969-1971)  Nabors traded in his Marine uniform for some dancing shows. Ronny Schell and Frank Sutton carried over from Gomer Pyle USMC. The variety show was a natural for Nabors since he was an accomplished singer and often performed around the country and and on other variety shows.  Interestingly, Gomer Pyle was still very popular when Nabors decided to step away from it, and his comedy/variety show was performing well too, but in 1971, CBS axed many of their shows in order to repopulate the schedule with more urban, sophisticated shows.

One thought on “1970s Musical-Variety Shows”