While it was a joke, Franken has had some interesting decades in his life.

Franken started out writing for SNL with his partner, the late Tom Davis. These guys were so far down on the pecking order that they shared one writing salary. This was during the show’s classic period 1975-1980.

Remember the 1970s? This was the decade of sex, drugs and rock ‘n’ roll. The 1970s trifecta and SNL perfectly captured that vibe.

Franken stayed with the show through the 1970s and even became an occasional performer, good training for his future political career.  Before show business, Franken earned a degree in political science from Harvard. 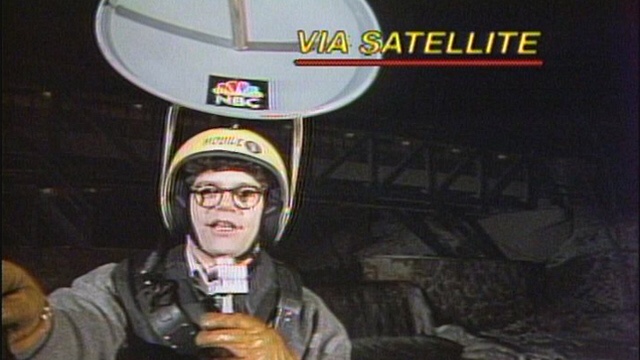 Franken made the most from his opportunities on SNL and was Lorne Michael’s choice to take over SNL when he left in 1980, but the network passed.  Later in the 1980s, when Michaels returned, Franken rejoined SNL as a writer and producer.

Besides “The Al Franken Decade” commentaries, Franken also played the lone television reporter, who wore a microwave dish on his head to uplink his live reports. Silly? You bet.  Stuart Smalley, the self-help guru, who convinced people they were good enough, was a Franken character.  He even provided help with Michael Jordan’s confidence on one show.  Unfortunately, a big screen version of Stuart Smalley was produced. Franken and Dennis Miller were both in SNL at the same time. Miller went on to be a conservative commentator and humorist, where Franken became a progressive.

In the mid 2000s, I met Franken at a book signing. He was a prolific writer after he left SNL, as he shared his political insight and humor.  It was obvious (to me), that Franken was destined for greater things.  He signed a copy of his book for me and I slid one other item in front of him to sign. It was a one-page picture and text collage of his work. I’ll never forget his reaction. He looked at it and loudly said, “Where in the f*** did you get this?” I remember that accurately because his frankness even surprised me, in add to the women standing behind me. I told him that I made it and he smiled and complimented my work.

Let’s go back to the 1980s, “The Al Franken Decade.” Ronald Reagan was President and greed was good, or at least it was now acceptable as an American value.  The only things bigger than the profit motive was the hair and shoulder pads.

Franken has that folksy-fake smile, the same one that Reagan used when he was taking money from seniors and giving a tax-break to the wealthy.  In 1983, Reagan signed legislation, passed by a bi-partisan Congress, on the advice of the Greenspan Commission, that led to Social Security being taxable income.  In fairness, we can thank Bill Clinton in 1993 for increasing the amount of Social Security that is taxable.  If you draw Social Security, you can thank Reagan, Clinton and a host of politicians for this.

After SNL, Franken wrote books, made speeches and hosted a radio show,  and then, in 2009, was elected to the United States Senate from Minnesota.

I think we know what happened to Franken in 2017, causing his resignation from the Senate. A number of women made allegations against him, and his own party put pressure on him to resign, without allowing him to defend himself. The number of allegations are troubling, a sign of not outgrowing past behavior.  It is a shame that Donald Trump wasn’t held to the same standard of conduct, since he has about 20 allegations of sexual harassment, and he’s still in office. Should Franken have resigned? Not before getting his day in court. If the allegations were true, probably so, right along with Trump if those allegations were also true.  My two cents.

So where is Franken now, after leaving the Senate?  Franken admits that after his resignation, there were many dark and difficult days.  He loves to talk, politics and comedy, so that’s the direction he went.

“The Al Franken Podcast” is on his YouTube channel.  He interviews various personalities in politics and entertainment.  “The Al Franken Show” is in SiriusXM’s progressive talk channel, 127, and airs weekly at 9 a.m. Saturdays.