I always thought it was fascinating that Jimmy Webb’s most iconic song was sung by a non-singer! “MacArthur Park” is an amazing song, full of wonderfully bizarre 1960s imagery and crazy time signature changes.

Webb did two albums with Richard Harris and there are some gems, but hardly Robert Goulet or Sammy Davis, Jr.  Harris didn’t have much range, he had inflection in his voice, but never really matched Webb’s songwriting talent.  The challenge for Webb, who was arranger and producer, was to not outshine Harris.

At least Harris wasn’t William Shatner or Rex Harrison, who spoke/talked their vocals. To Harris’ credit he sang in his theatrical work, particularly Camelot. He would go on to release other music in the 1970s, so he was no stranger to singing, just a very limited one, considering the magnificent voices that have graced Webb songs.

Following Camelot, Harris persuaded Webb to travel to Europe to make an album together. The result was A Tramp Shining, released in 1968.

The most famous of songs from these sessions was “MacArthur Park,” which has been recorded by some of the greatest voices in music. Originally written for The Association, they passed on it, and Webb played it for Harris, who declared he would make it into a hit, which is exactly what happened. Keep in mind, this was a seven minute song, which violated radio policy by three minutes, but this rather unusual song rose to number two on the Billboard chart, in large part from radio play. 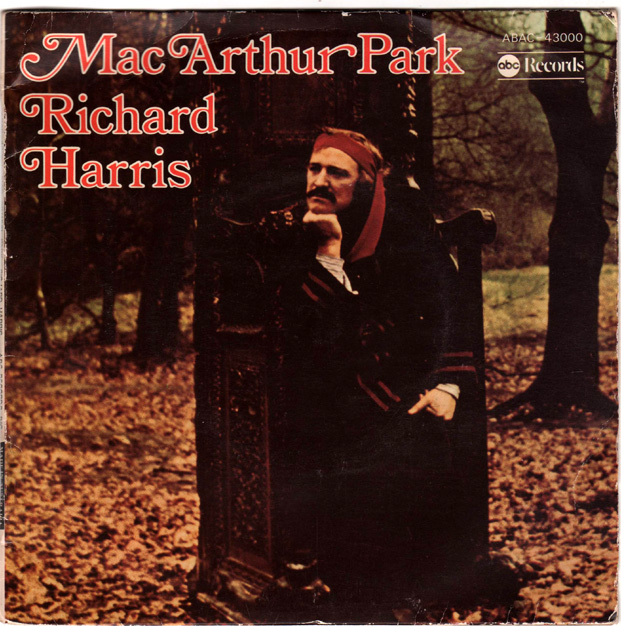 “MacArthur Park” originated when Webb was challenged to write a song with several parts, different time signatures and changing keys. It was arranged with an orchestra, choir and about every trick Webb could think of. Webb describes it as a suite of songs rather than a single song. Webb recruited The Wrecking Crew to help record the album, the cream of the L.A. music industry.

When Webb met Harris that first time to sample the collection of tunes Webb offered, “MacArthur Park” was far down the list. Drink was a frequent part of their collaboration, it certainly was part of the recording sessions. Harris was known as a heavy drinker in those days, as was Webb, who in concert likes to described those as his Scotch and Marlboros subsistence period. 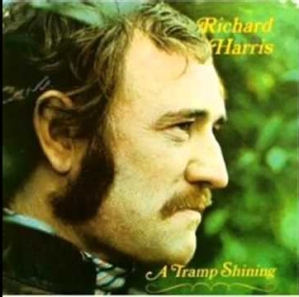 A Tramp Shining was so successful that it was nominated for a Grammy. This led to a second collaboration between Harris and Webb, The Yard Went On Forever (1969). This album did not have a “MacArthur Park” but was well-received and broke the top Billboard thirty.

In his sessions with Harris, Webb includes several short musical “interludes” between songs that serve as stylish mood linkages.  This was popular in the late 1960’s as albums evolved as more than just unrelated collections of songs.  Webb takes full advantage of a 35-piece orchestra and choirs to provide lush arrangements to fill in and enhance Harris’ performances.  I believe that Webb sought to create a musical tapestry to make up for Harris’ limitations.  Mostly, the arrangements do not compete with Harris, rather they are scaled to boost the instrumental sections of the songs.  Today, some of these arrangements seem a bit over the top, but this was a different time.  Webb uses the Wrecking Crew on the basic tracks, and in my opinion, under utilizes them, relying on orchestra instruments rather than a more contemporary pop backing.

“Didn’t We” was another song from A Tramp Shining.  It is a delicate song that requires a silky, smooth voice.  Barbra Streisand recorded it and her version, along with Frank Sinatra’s are quite good.  Harris’ performance is acceptable.  It was released as a b-side of “MacArthur Park” and then released as an a-side single once it started getting notice.

“Paper Chase” is an uptempo song that Harris handles well.  Years later, Art Garfunkel would record an entire album of Webb songs and include this one.  Garfunkel’s version has a much smoother rock musical track and his voice finds the sweetspot of the song that was beyond Harris’ vocal ability.

“Name of My Sorrow” has a pop arrangement, soft and not overpowering for Harris’ thin voice.

“Lovers Such As I” has a sweet, rolling melody with a lush orchestral backing.  Harris does fine, the song is not very demanding.

“In the Final Hours” is a song with some interesting turns.  Harris is more adventurous and undertakes more vocal dexterity than he can deliver, but it’s a gutsy effort.

“Dancing Girl” is a slow, samba groove that features a lush arrangement.  One of the weaker songs on the album.

“If You Must Leave My Life”  is one of the stronger Webb songs with a punchy arrangement and choir.

“A Tramp Shining” is another very well-written and arranged Webb song and it gives Harris enough to handle, but not too much.  This song is a shorter version of an adventurous suite like “MacArthur Park.”

“The Yard Went On Forever” features a robust Webb orchestral arrangement and choir.  Arranged in several song sections, Harris has a small part in this production.

“Watermark” another Webb song that has been covered by other artists.  This arrangement is quite different than the later Art Garfunkel version.  The phrasing and pace require a more robust voice than Harris but valiantly tackles it.

“Interim” This is a big arrangement.  It doesn’t seem a great match for Harris who seems to struggle to keep up.

“Gayla” Harris does well on this sweeping song, he masters some of the challenges quite well.  Webb’s song has a grandness that doesn’t lose sight of Harris’ ability.

“The Hymns From the Grand Terrace”  A very grand song suite, less the psychedelic imagery of “MacArthur Park,” and just as satisfying on my levels.  Not as bombastic as “MacArthur Park” but not quite the highs either.

“The Hive”  My first thought is this arrangement is too busy and overpowering.  I like Harris’ effort.

“Lucky Me” The intro has a huge orchestral build up, then it settles into a more gentle groove.  This song suits Harris.

“That’s the Way It Is”  An upbeat song that pits Harris against a female choir, which is a bit odd. 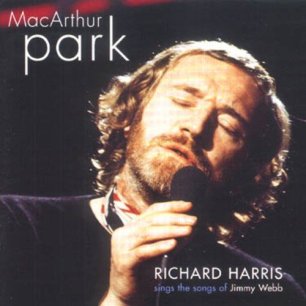 Years later, a compilation CD was released from songs on the two albums. MacArthur Park – Richard Harris Sings the Sings of Jimmy Webb is a generous collection of the best of their work.  The songs listed above are from this collection.