It all started with the series Monk in 2002, which lasted eight seasons.   Quirky, character-driven series proved popular with audiences.  Over the next few years, USA green-lit more series, some that worked, others that failed.  Here are a few of the best ones.

For seven seasons (2007-2013), Burn Notice was a television series on the USA Network. An intelligence operative gets a burn notice, meaning the government instantly wants nothing to do with him, ruins his reputation and freezes his assets. He is allowed to return to Miami, FL, his hometown, where he will be under surveillance, but not allowed to leave.  In this limbo world, to earn some money, he develops a business as solver of problems for people in trouble, while he attempts to figure our who burned him and to clear his reputation.

The show starred Jeffrey Donovan as Michael Weston, the burnee.  Gabrielle Anwar as Fiona, Michael’s former girlfriend who helps him on his cases.  Bruce Campbell was Sam Axe, a retired, boozy, lady’s man who was an intelligence operative, and also helps on cases.  Sharon Gless is Michael’s mother, high maintenance and a source of conflict for him.

The show has a light dramatic tone, with intelligent scripts and dialogue.   Very few people die, but there is a lot of fighting.  Michael narrates the action and explains how he makes Macgyver-like homemade surveillance equipment, since he is limited on funds and not authorized to have such things.  There is romantic tension between Michael and Fiona, many unresolved issues.  Sam is there for comic relief, about his love life or his taste for booze and finagling a free meal from the feds.

The first several seasons focused on Michael’s cases while pursing why he was burned.  There are a succession of government agents assigned to watch him and make his life difficult, although he turns the tables on them, in order to force them to provide him information. About the mid-point in the series, there is a shift away from Michael helping people in trouble, and more focus on him getting back into intelligence work.  Later on, the series gains a fourth member of the team, an operative that Michael accidentally burns.  Michael’s brother, is a part-time cast member, who later is killed.  The later seasons seem more intent on intricate, tricky scripts, loosing the charm of the early seasons.  Still, good viewing. 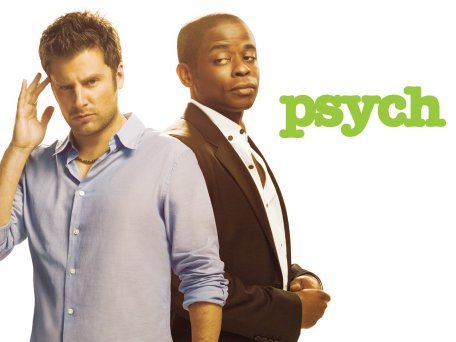 Psych (2006-2013)  I started collecting the DVDs before ever seeing an episode.  Something told me this was a series I would like.  I did.  Even after the show ended, television films are being produced with the original characters.

Shawn and Guster were my favorite characters.  Shawn is a fake psychic, who lands a consulting job with the Santa Barbara Police Department.  His best friend Guster is his partner.  Shawn’s dad, Henry, is a retired Santa Barbara police sergeant, who believes his son is a fake.  Shawn has a growing romantic relationship with a police detective, while her partner, Lassiter, wants nothing to do with Shawn or his psychic assistance in solving cases.

Shawn’s talent is his highly accurate observation skills, courtesy of his father’s training.  Shawn pretends to have a psychic episode so he can announce something significant about the cases.  Until this gig came along, Shawn was just a slacker, unable to develop a career footing, while Guster, has a full-time job as a pharmaceutical salesman.

Psych had some of the best stories, and opportunities for Shawn and Guster to get themselves into trouble.  A few early series examples: They investigate a death at a spelling bee;  there is a murder at a civil war reenactment; how several men turn up naked and unable to remember anything, which is linked to speed dating; a missing person that links to a comic book convention; the murder of an astronomer leading to Shawn getting a job at the observatory; and a murder of a soap opera star leads to Shawn landing an acting role on the Spanish program.

Psych often parodied films and other television programs, usually with precise detail and sly humor.  In later seasons, I felt the show was trying to be too clever and lost the open, engaging nature of early seasons.  There is no doubt that the writing was smart, but you can lose sight of the audience.  Beginning with the fourth season, my interest began to wain as the episodes tried too hard to outdo earlier scripts, and the number of viewers started to decrease.  The first two seasons are gold. 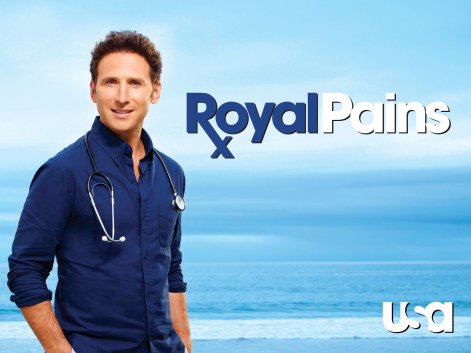 Royal Pains (2009-2016) was a show about a concierge doctor in the Hamptons. Dr. Hank Lawson left his New York City E.R. practice after a patient’s death.  He settles in the Hamptons providing service to a wealthy businessman, and then other members of the community, including those who cannot pay.  His younger accountant brother becomes the business manager of HankMed, their company.

The show focuses on the lifestyle of the area along with some unique medical cases. There are very odd medical maladies and some rather eccentric residents of the area.  Hank is sort of the Marcus Welby of the 2000s, home visits and personalized care, when that sort of medicine doesn’t exist for the average person anymore.  Henry Winkler joined the cast as Hank and Evan’s father, who left the family when the boys were young and is not trying to rebuild a relationship with them.

I liked this show, although the characters were difficult to become attached, especially Mark Feuerstein as Hank, who seemed cold and stiff.  Campbell Scott played wealthy Boris Kuester, who makes the entire HankMed possible.  He was supposed to be mysterious, but I found him more weird than mysterious.

In Plain Sight (2008-2012) starred Mary McCormack as Mary Shannon, a deputy U.S. Marshall working in the Witness Protection Program, based out of Albuquerque, NM.  Mary’s life is very complicated with her high maintenance mother and sister, problematic love life, and her career.  Mary and her partner, Marshall Mann (Frederick Weller) tackle cases of witnesses coming into the program, and problems that arise with those already in the program.

In the first season, one of Mary’s witnesses wants to bring his wife and his mistress into the program.  In another episode, a witness discovers that her new boyfriend was also in the witness program. A child witnesses the murder of her mother and is going to testify against those responsible, including her father.  You get the idea of the complicated nature of the witnesses.  Meanwhile, Mary serves as the stabilizing force in her mother’s life, as her sister arrives for a visit, bringing her train-wreck life with her.  Later in the series, Mary finds a series romantic relationship, but it comes with complications.  She becomes pregnant by an ex-husband and is a single mother, trying to maintain her career, while providing stability for both her mother and sister.