It’s been many years since I have felt the sensation of bourbon washing down my throat.

I used to enjoy a periodic glass or three when I was out with friends. Bourbon was like riding the tiger. Careful or you might end up inside the tiger.

I am not keen on hard liquor these days, although when I see someone else enjoying a cocktail, I remember those old days. Hard liquor is hard on my stomach. I even drink diet rather than regular soft drinks because they are kinder on the stomach.  In my youth that didn’t matter much, but now I’m kinder to my internal organs, and they mainly reciprocate.

I never drank bourbon neat, which seems the preferred methods of gentlemen drinkers.  I have never been mistaken for a gentleman, so bourbon with Coke was my drink. The Coke diluted the power of the drink, which was a very good idea then.  In 30 or more years, I did not have any kind of bourbon drink.

Reading up about bourbon and whiskey in general is quite interesting. The aging process and the minor variations in the blend are important in creating the unique and desired taste, and distinguishing brand identity.  Many years ago, my pal Richard Link and I toured a distillery that made whiskey.  When you go into the aging warehouse where the barrels are stored, you engulf quite a unique smell. Although most bourbon is make in Kentucky, that’s not a requirement, although it must contain 51 percent corn and be aged in oak barrels, and bottled at no more than more 40 percent alcohol.

Interestingly, the smell or aroma of bourbon is quite important to the drinking experience. Those who really enjoy bourbon use a rounded or deeper glass to capture the aroma when it settles into the glass and wafts upward, sort of like enjoying the nectar of a fine wine.  Pouring is showtime for a bourbon, releasing the hues and subtle flavors in the air, the smokiness and sweetness.  The same goes for savoring it in your mouth, washing it around to let the taste buds enjoy the layers in the liquid. [Although I understand this, it is less significant for me since I prefer to mix it with Coke.]  Yes, it is true, beyond the embrace of the alcohol is this whole other layer, which your mouth decodes the treasures in the liquid.

As a lark, I decided to research several bourbon brands, to revisit a bit of history.  I am not promoting any product, just comparing a few respected labels in the middle to upper part of the market.  Back in the day, I was not very selective in my bourbon ordering, just what the bar stocked.  So much for being a connoisseur.

Over the years, I found that friends prefer bourbon, scotch or wine as their drink of choice, but I usually stayed with beer.  I wondered if it is an age thing, moving up to more sophisticated drinks as you move past middle age. I noticed that even at bars, when ordering, brand conscious is more important. Maybe you have to be aged in order to truly enjoy an aged drink. I get it.

Given my lack of recent experience with bourbon, I decided to revisit the bourbon and Coke recipe.  I tested the neat method, and quickly discovered it is not my preferred taste.  Straight is quite harsh to my taste buds.

First up, Jim Beam. I wanted to start with a respected but mid-level brand.

That first sip was a bit like being in a time machine.  I remember that taste, more or less. I would not say it was great, just familiar.  I thought the bourbon would burned in my throat, it does not. It immediately is absorbed by the taste buds in the mouth. Jim Beam is smoother than some of the bourbons I probably drank, a middle of the road bourbon. As I stated above, your mouth is smart, it can unwrap the bourbon, even separate the Coke from the bourbon.  Taking your time in drinking it allows this to happen.  After a couple of sips, the taste buds embrace the drink. There is a power to bourbon, don’t be fooled. 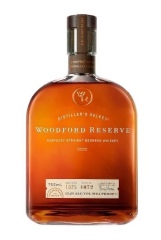 Next up was Woodford Reserve, a bourbon recommended by a friend. I had no history with this brand.  I did a quick online search and found it ranked as one of the better bourbons. The taste was a little stronger at first, but smooth none the less. There isn’t an aftertaste and your taste buds soak it up quickly.  Woodford Reserve is supposed to have a high rye content and a hint of creamy vanilla-laced butterscotch taste.  If it does, the Coke masked that flavor, or my drink had too much coke.  I will have to try it again.  Two nights later, I tried another one, I noticed the sweet vanillaish taste right away.  It was quite pleasing.

I’ll be honest, if I am drinking a bourbon rated 5 out of 10, and you give me a 7 or a 3, I’m not sure I can tell the difference with respect to the 5.  Now, I might be able to distinguish the 3 from the 7, considering your measurements are uniform, and mine are not.

I moved on to Maker’s Mark, the distinctive bottle with the red wax over the seal.  Maker’s Mark uses red winter wheat instead of rye.  The brand was famous for wanting to lower its alcohol content to stretch supplies as demand spiked, but that idea was scraped after protests.

I was a bit disappointed with this one.  I could certainly have altered the mix to the strong side, 2:1 is not the recommended recipe, as I discovered.  A bit heavy-handed, I paid for it.  The taste was a bit overpowering, not the soft, warm reception I experienced before.  There was a strong taste in my throat, not so much in the taste buds of my mouth.  Any bar that had me as a bartender would not make much profit from my over-pouring.  Tiger, what tiger?

The follow-up drink was blended lighter on the bourbon.  I did not use iced cubes in any of the tests, so no watering of the alcohol.  The second drink gave me a much better evaluation.  I may be wrong, but the Jim Beam and the Woodford Reserve seems to gravitate toward the taste buds in the roof of my mouth, where the Maker’s Mark was to the side and back of my mouth.  The taste was a bit vanilla, but not overpowering.  The reviews talk about other mellow flavors, but I did not really pick up on that.  There was not an aftertaste per say, it was more of a slow absorption, that is where you get a hint of the vanilla, buttery taste, which blends nicely with the coke.  If you have enjoyed a vanilla Coke, you get the drift.  In the future, if I wanted a drink to nurse for awhile, and even use a few ice cubes, this was be a very satisfying selection.

So, what did I learn?  Once in awhile, bourbon would be a nice choice. Any of these three would be fine, they are comparable in price.  If I want a more vanilla-type aftertaste, Woodford Reserve or Maker’s Mark are good choices.  Mix it with a minimum of bourbon, include an ice cube and if it dilutes a bit, no big deal.  For an all-purpose, reliable bourbon, Jim Beam answers the call.

Of course, there are cocktails made with bourbon: the Milt Julep, Old Fashioned and Manhattan.  I cannot attest to any of these.  Maybe someday I will give them a try.

For now, I’ll do the ungentlemanly thing of coloring my bourbon with Coke. Cheers!

Update: In the future, I will incorporate feedback and additional observations. This is definitely a work in progress.  The world of bourbon is vast and I have just stuck my toe into the caramel-colored elixir.