What is the best Alan Parsons Project album? That’s a tough one. I will offer up their second release: I Robot (1977).

The Alan Parsons Project (APP) is one of my favorite bands, although it was never really a band.  It was the creation of Alan Parsons and Eric Woolfson, who crafted their songs in the studio using a variety of musicians and lead vocalists.

For nearly a decade, the APP released pop-flavored progressive rock, each one anchored around a literary or mythological theme. APP build amazing melodic hooks around stylized synthesizer grooves. Each album contained at least instrumental track, creatively constructed and layered with well-crafted musical themes.

While each album had their respective experimental journeys, Parsons and Woolfson had an ear for sophisticated melodies, intricate arrangements and radio-friendly songs.  Parsons, you might recall, was an engineer on Pink Floyd’s Dark Side of the Moon, so understood the sonic pallet and creating soundscapes.

On I Robot, APP found the format for their next group of albums. It was a successful plan that yield platinum albums and charting singles.  Is I Robot APP’s best creation?  Pyramid (1978) is a close second.

The album draws loosely from Isaac Asimov’s work of the same name. Artificial Intelligence and the rise of the machine with the decline of man provides the concept for the songs. 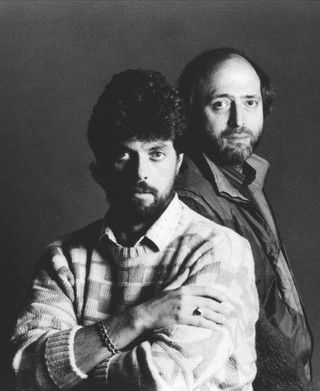 Parsons and Woolfson wrote and arranged the songs, and the production was supervised by Parsons. Both provide the musical backbone of the album on keyboards. A core group of musicians appear on numerous APP albums. Seven lead vocalists handle the vocals, none of them appearing on more than one song. That gives each song a unique feel and sound. Among the vocalist is Allan Clarke of the Hollies.

1.“I Robot” The English Chorale 6:02  The album starts with a great synthesizer track, it slowly builds, blending the chorale voices.  It shifts gear with a driving beat and layers of keyboards and guitars into a marvelous progressive rock instrumental, with just a touch of an R&B bass line to give it a catchy groove.

2. “I Wouldn’t Want to Be Like You”  Lenny Zakatek 3:22  “I Robot” segues into another great bass groove song that slowly builds into a rocking gem.  Zakatek provides a great lead vocal.  This is one of APP’s best up-tempo songs. Ian Bairnson provides a terrific guitar solo.

3. “Some Other Time” Peter Straker & Jaki Whitren  4:06  Gentle acoustic guitar and piano provide the context for this power ballad.  The lead vocals are ghostly, which gives the song a great effect.  The song alternates between soft acoustic instruments and muscular electric ones.

4. “Breakdown”  Allan Clarke  3:50  Another strong bass groove and great electric guitar drive this mid-tempo song.  It has a lot of power and Clarke is the right choice for the vocals, courtesy of the Hollies.  A big choir joins about two-thirds of the way along with orchestral backing.  One of my favorite songs on the album.

5. “Don’t Let It Show” Dave Townsend  4:24  A beautiful song with a great arrangement that builds to a crescendo and fine instrumental fade out. An underrated song.

1. “The Voice” Steve Harley 5:24  Another great choice to lead off a side.  Also another bass groove.  A vocorder is used to augment the vocal treatment. The song shifts course and tempo at the midpoint, almost a disco arrangement, then returns to the original melody.  A wonderful arrangement.

2. “Nucleus” None 3:31  An instrumental, very Pink Floyd-like in structure with various sounds fading in and out.

3. “Day After Day (The Show Must Go On)” Jack Harris 3:49  Another gentle ballad with ethereal arrangement of heavenly voices and sounds.  Also an underrated song that owes its effectiveness to the layering of sounds and vocal tracks.

4. “Total Eclipse” (Andrew Powell) The English Chorale 3:09  An interesting instrumental by arranger Andrew Powell, but the weakest song on the album.  It does not add or subtract, but it is a fine effort to layer the orchestral and choir together.