I respect his filmmaking vision, he knows and uses the tools of the camera, editing and story as well as anyone in the business.  He is one of the few who write his own films.  Writing is hard work, long hours that can be spent elsewhere. Films are written and rewritten, polished and doctored.  The old days of the writer-director are passing.  Tarantino is the old-school auteur, like Orson Welles and Billy Wilder, and wins awards for his writing.  Tarantino is very much a student of film, a kid that absorbed film and pays homage to the genres of the past. If you look closely, you can see the not-so-obvious film references in his films, next to the very obvious ones.

Most audiences either like him and line up to see his film, or avoid him all together.  I am caught in-between.  There are Tarantino films I really like, and those I hate and refuse to watch.  His films are usually incredibly violent.  Graphic violent.  Tarantino’s violence is incredibly realistic, yet it is presented so over-the-top in body count and visceral carnage that it leaps from reality.  He wants it both ways, horrifyingly realistic and cartoonish fantasy.  His best films are those where the violence is toned-down and blends with the story.  More is not better.

Tarantino had a business relationship with the Weinstein Company, which financed his films. It is difficult for me to separate the Weinsteins from their company brand. Many good films were produced by the Weinsteins through the years, including Tarantino films. What is my point? Only a reminder of nefarious people in Hollywood and for that matter, places of power in business.

I never thought I would be ranking Tarantino’s films, but here I am.  I have seen them all, and recently watched a couple of them I had not viewed recently.  I am presenting them in order of least liked to most admired.

Kill Bill Vol. 2 (2004) – I rank this lower than the first Kill Bill film. There was nothing about this film I enjoyed. The most pain was directed at the audience. 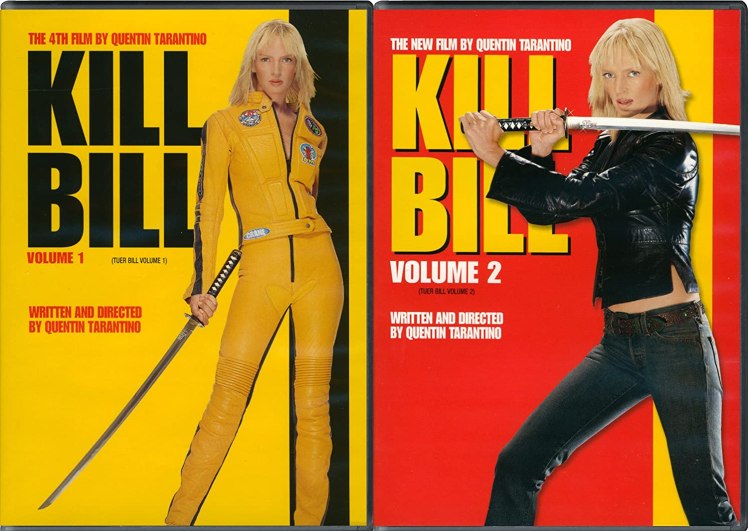 Kill Bill Vol. 1 (2003) – As bad as vol. 2, but it had originality. The orchestrated violence was a waste of a talented filmmaker. 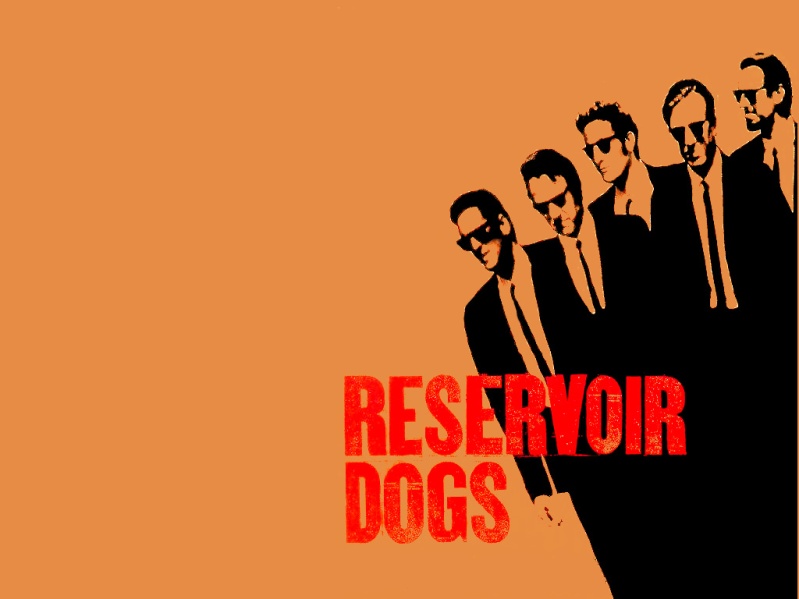 Reservoir Dogs (1992) – I recall the glowing reviews, a tough and gritty film. There is no denying the fine cast and over the top acting. There are moments, and if you read it as a screenplay, there is an imaginative story with characters of the noir genre. The violence is a turn-off. 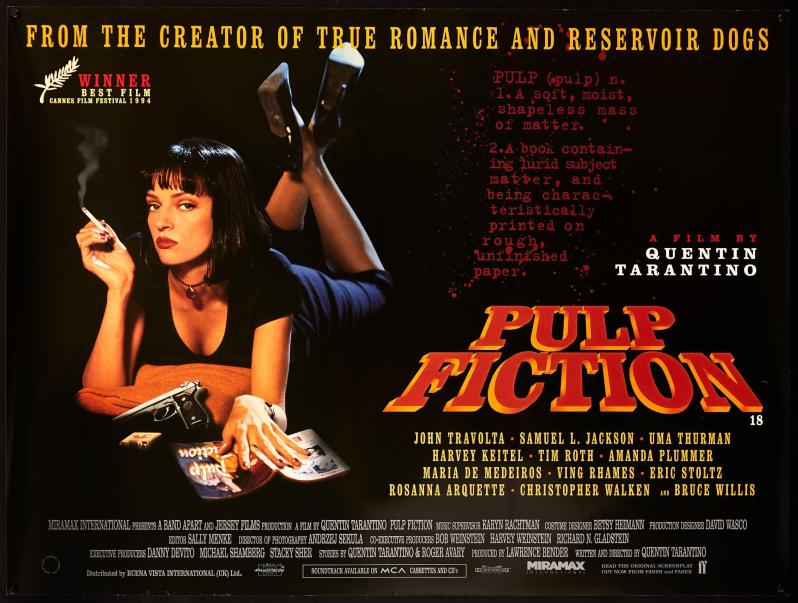 Pulp Fiction (1994) – Hailed as a classic, it was just too weird for me. It deserved the awards for screenplay, but Tarantino does not have an excess warning meter. At times, his characters are too theatrical, playing to a nonexistent audience. Very good performances and original characters? Yes. A lot of people love this film. I do not.

The Hateful Eight (2015) – Two hours and forty-seven minutes. I could easily shave 50 minutes and not lose anything. The film is slow and plodding. More is not better. The performances are great, but Tarantino does not spend much time on character development and he had nearly three hours to do it. The film tries to do too many things. Tarantino is not Sergio Leone. It is really a murder-mystery, but that is not clear until later in the film. The detail of the graphic nature of the violence does not make the film better. There are good things in the film, like Samuel L. Jackson, Jennifer Jason Leigh, Kurt Russell and Bruce Dern.

The muted look, reminded me of Altman’s McCabe & Mrs. Miller and Clint Eastwood’s Joe Kidd. It is gritty and muddy, and contains more than a few instances of humor, a la Blazing Saddles. But, there were also unnecessary scenes of cruelty, not needed to show the savagery of Southern gentleman toward slaves, who were used and discarded as sport. The ending is over the top, as what you come to expect from Tarantino.

Tarantino won a Golden Globe and Academy Award for his screenplay, the story of a freed slave before the Civil War who teams up with German bounty hunter to correct some injustices. The film stretched to nearly three hours, it would have been better trimmed to around two hours. The performances are extraordinary, especially Leonardo DiCaprio and Christoph Waltz.

Death Proof (2007) – Kurt Russell plays an over-the-top sociopath. He’s sadistic and self/destructive, and he engineers his own demise. This film is supposed to be a throwback to the old American International Pictures films of the early 1970s. Tarantino does a better job of replicating the stylization and film’s poor quality look, than in making Russell’s character three dimensional. The stunt driving is superb, but it adds up to little. 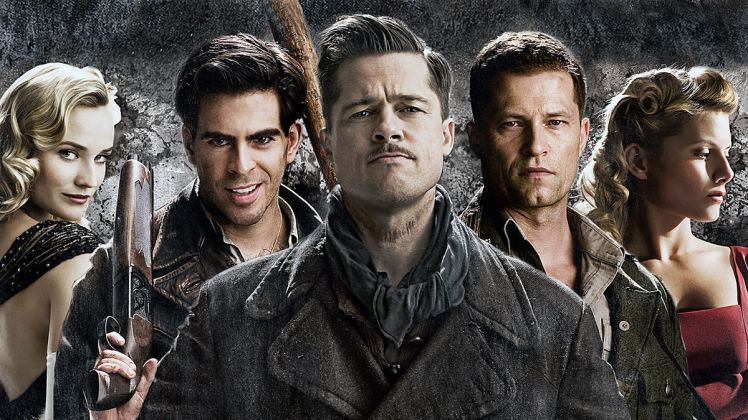 Inglorious Basterds (2009) – The first of Tarantino’s films to alter history for his stories.  The film follows three tracks: an American officer leading a group of Jewish soldiers to track down Nazis; A French woman who is out to exact revenge on an SS officer; and the SS officer who is trying to find the band of Jewish soliders. There is some symmetry to the plot as Tarantino never tells a story in linear form, he blends points of view and skips forward and backward in time.  Starring Brad Pitt and Christoph Waltz, plus a slew of American and European actors, Tarantino has a “Dirty Dozen” type film of oddball characters out to give the Nazis a whoopin’.  Tarantino does not skimp on style or skip over character exposition, in fact he is known to dwell to much at the expense of film pacing. He does in this film, and that lets the air out. There are a couple of very long scenes, including the opening scene that go on and on. Interesting drama, but drags down the film. Actors must love being in these scenes, Waltz wins Oscars for them. I’m shocked that contemporary audiences sit still for scenes not assembled like music videos. I’m patient and even I have trouble hanging on. These are dramatic scenes and Tarantino knows how to writing escaping dialogue, but these are self-indulgent and need an editor.

Overall, this film has many good part but when assembled it is less than the individual parts.

Jackie Brown (2007) – A throwback to blaxploitation films of the early 1970s. Tarantino reveres film genres from the past, and here he creates the vibe, but in a contemporary story: as usual, it is a great cast. Pam Grier is wonderful in the title role. She starred in numerous blaxploitation films back in the day. She’s cool and confident, no victim in this story. There are other very good performances, Robert Forster included. Based on the novel by Elmore Leonard, Tarantino adapted it for the screen. He minimizes the graphic violence, but still makes a realistic film. I own a copy of this film.

Once Upon a Time in Hollywood (2019)- I wrote a review of this film. Taking a chance, I watched this film and really enjoyed it, enough to purchase my own copy. I found a really intriguing reimagining of the late 1960s. Yes, the look on film was spot-on, but the examination of characters was the best film quality. The only over-the-top violence was at the end of the film – and it was restrained by Tarantino standards.

If you want to read my review, click below.