Columbo premiered in 1968, it was followed by 67 additional episodes over a 35-year period.  The first two Columbo episodes were pilots, then in 1971 thru 1978 as part of a rotating group of shows under the NBC Mystery Movie, which featured the great theme by Henry Mancini.  In 1989, Columbo moved to ABC where it continued as a series of television movies.

There is a lot of good information about Columbo  here https://en.wikipedia.org/wiki/Columbo and at several good website.

Peter Falk surrounded himself with fine writers, producers and actors.  It was this team that made the show a classic.  The show always started out with the murder and the audience knew the villain and how he or she did it.  The mystery was in how Columbo put together the clues to solve the crime.  The genius was in the journey.

Robert Culp –“Death Lends a Hand”, “The Most Crucial Game”, “Double Exposure” were Culp’s three starring roles. He also played a character in a much later episode.  Culp was the best villain.  He was stylish, methodical and diabolical.  Emotionless but also quick to rage.

Jack Cassidy – “Murder By the Book”, “Publish or Perish”, “Now You See Him…” starred Cassidy in what are three of the best villainous performances.  He lovingly embraced his characters with equal portions of ego and charm.  Of all the villains, he seemed to have the most fun with the characters. 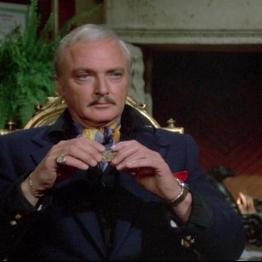 Patrick McGoohan – “By Dawn’s Early Light”, “Identity Crisis”, “Agenda for Murder”, “Ashes to Ashes” were the four episodes McGoohan starred in, more than anyone else. He was able to embody very different characters.  McGoohan also directed five Columbo  episodes.  He was cool and restrained, but also very calculating as a villain.  He also won two Primetime Emmys for his Columbo roles.

George Hamilton – “A Deadly State of Mind” and “Caution: Murder Can Be Hazardous to Your Health”.

William Shatner – “Fade in to Murder” and “Butterfly in Shades of Grey” were separated by 18 years, the longest gap between starring episodes of any repeat actor.  In the first episode Shatner plays an actor who murders his producer, a thought many actors probably had. 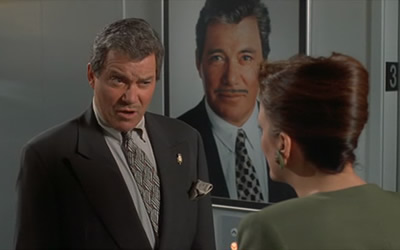 Ray Milland in his two episodes. 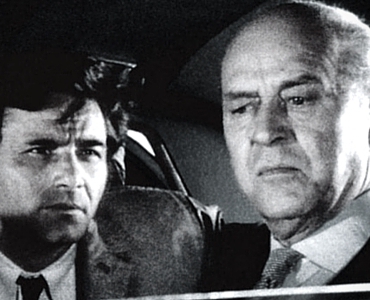 Falk even directed an episode and was credited with writing an episode.  Steven Spielberg and Jonathan Demme, who each went on to fame as feature directors cut their teeth as episode directors.

Playing a villain in a Columbo episode was a very coveted role.  From Laurence Harvey to Lee Grant too Leonard Nimoy to Louis Jordain to Donald Pleasence to Janet Leigh to Anne Baxter to Faye Dunaway – it was a great gig to land.

Two performances in particular are worth special note.  Robert Conrad starred in “An Exercise in Fatality” as Milo Janus, the fitness czar who murdered a franchisee who was

about to have Janus arrested for fraud.  Conrad gave a spectacular performance, in his “knock the battery off my shoulder” tough guy attitude.  Bravo Conrad.

Johnny Cash, in “Swan Song”, portrayed a country singer who killed his wife to get out from under her hold on him.  A sinner, he had an eye for young women and drink, while she was using his money to build a grand tabernacle.  Murder was his way out.  The role was not a stretch for Cash but he sank his teeth in the juicy role.