One of Dave Mason’s most enduring songs. Written about 50 years ago.

In his 70s, Mason is still going strong. This summer, he’s touring with another guitar immortal, “The Colonel” Steve Cropper (Booker T & the MGs, Blues Brothers). Unfortunately, there are no tour stops in my city. It has been about three years since Dave Mason has been through here.  I saw him twice during a two-year year period, enjoying his “Traffic Jam” show that included a few old Traffic classics in addition to many of his most familiar songs.

Mason rose to stardom as a member of Traffic in the late 1960s before striking out on his own. He played with Delaney and Bonnie, Mama Cass Elliott, Jimi Hendrix, George Harrison, Eric Clapton and many others before rejoining Traffic briefly in the early 1970s.

Along the way, he recorded some iconic albums and saw “Feelin’ Alright” become a monster hit for a fellow Brit Joe Cocker.

In 1977, Mason enjoyed a period of great commercial popularity with Let it Flow, an album that featured Jim Krueger, who wrote several of the songs. There were several hits on the album including “We Just Disagree”, “So High”, “Mystic Traveler” and “Let it Go, Let it Flow”.

Mason’s follow up albums never caught the same degree of success which coincided with the New Wave period and the shift of the industry away from the smooth commercial rock of the 70s to a more raw, aggressive, and younger sound. Mason released an album in 1980 called Old Crest on a New Wave.

Mason re-teamed with the late Jim Capaldi of Traffic, touring together and releasing a live album: The 40,000 Headmen Tour. Unfortunately, Mason and Steve Winwood have never mended the differences between them for a Traffic reunion.  They are the only surviving members of the original group.

Mason occasionally releases new material in addition to recorded live sets. He tours continuously, sometimes with just his band, or as an opening act for other bands. I saw him open for the Doobie Brothers and Journey. The other time I saw his band in a small venue, he came out after the show to greet fans and sign autographs.

From his first solo album you might remember “You Shouldn’t Have Took More Than You Gave” and “Only You Know and I Know”.

Some interesting tidbits about Dave Mason.

He played guitar on George Harrison’s All Things Must Pass album.

He played the 12 string guitar on Hendrix’s “All Along the Watchtower “. 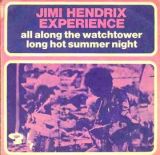 He was supposed to be a member of Eric Clapton’s group Derek and the Dominoes, but dropped out at the last minute.

He was a member of Fleetwood Mac in the 90s when Stevie Nicks and Lindsey Buckingham quit the group. He appears on the album Time.

He wrote songs for and appeared in the roller disco film Skatetown USA, which starred Scott Baio. Enough said.

Mason has for years raised money for veteran groups and to purchase instruments for school children.

It’s hard to think about the 1970s without running across Dave Mason’s name. While not a superstar, he contributed a lot to popular music. If you get the chance, see him in concert, you won’t be disappointed. You’ll be feelin’ alright.