Richard Boone will forever be remembered as Paladin, who live in the San Francisco hotel and traveled the country as Have Gun – Will Travel. 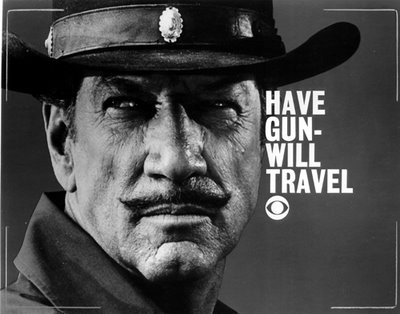 With an imposing figure, dark looks and deep voice, he often played villains and tough guys, although he usually did so with a flair.  In Hombre (1967), he played the leader of the stagecoach robbing gang, sadistic and menacing, he hunts the passengers on foot across the desert landscape.  In 1971, in Big Jake, he played the leader of the robbers of the estate of John Wayne’s estranged wife, killing many in cold blood and holding the grandson of the Wayne character for ransom. In 1976, he plays one of the potential assassins of John Wayne’s dying gunfighter in The Shootist.

At other times, he played a more dignified, thoughtful, man of principle, as he did for six years and 225 episodes as Paladin.  As Paladin, he recited poetry, ate in the best restaurants, attended the opera, and of course, dated the most glamorous women.  Paladin often used his gun but he usually tried to reason with his opponents and brought a sense of refined Eastern culture to the Western landscape.

In his more famous villainous roles, Boone’s characters were hardly one dimensional.  He brought a freshness and nuisance to his performances, relishing an opportunity to break free of standard portrayals.  In Big Jake, as in Hombre, Boone’s characters are bad to the bone, but they have a sense of how robbery and kidnapping are supposed to be conducted.  Boone had to play off of John Wayne and Paul Newman, both of which often conveyed a lot with measured performances.  This gave Boone a broader canvass to paint in contrast to Wayne and Newman. 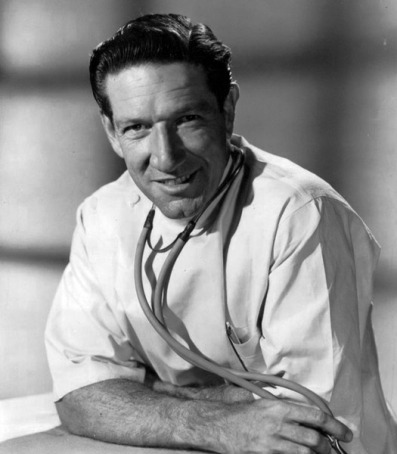 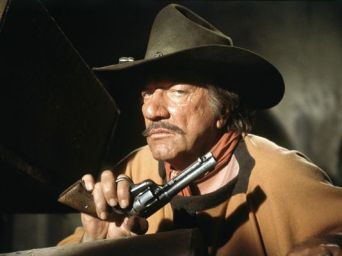 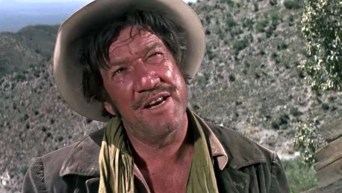 Boone started out with small parts in the New York theater, graduating to television in 1949, where he started in the earliest days of of the medium.  Reoccurring roles in The Front Page and Actors Studio got him noticed by the film studios who signed him to a contract. His first film was Halls of Montezuma (1950).

For most of his career he would appear in Westerns, war films and crime dramas. He has many co-starring roles in films before he returned in television in the role of a doctor on The Medic for two seasons.  He worked in both television and film for the rest of his career.  He moved on Have Gun – Will Travel in 1957, but continued to appear in films like The Alamo (1960) and Rio Conchos (1964).  After Have Gun – Will Travel, he hosted an anthology series for a season before curtailing his acting work.

He move to Hawaii during the 1960s and took very few roles.  His work picked up toward the end of the decade with several film roles.  The Night of the Following Day starred Boone and Marlon Brando as kidnappers of a young girl.  The film is more a psychological drama than a crime film.

Big Jake, The Kremlin Letter and The Arrangement are other films Boone made during this time frame.  Returning to television again, he starred in one of his best roles, Hec Ramsey.  The show cast him as a turn of the century lawman who used his deductive reasoning instead of a gun.  A frontier version of Columbo.  The show was part of the NBC Mystery Movie series that also launched Columbo, McMillan and Wife, and McCloud. The show lasted 10 episodes over two seasons and let Boone shine as an actor.

Boone had a few more roles until his death in 1981 but he was clearly at the sunset of his life.  He would die of throat cancer. Boone was an old 63, he looked much older, his appearance fading.  He might have died relatively young (by today’s standards), but he lived a full life.  As a young man, he was a boxer and oilfield worker, and served in World War II.  He always had a hard look and as he aged had a creased face with saddlebags under his eyes.  His voice got deeper and raspy, probably due to smoking. 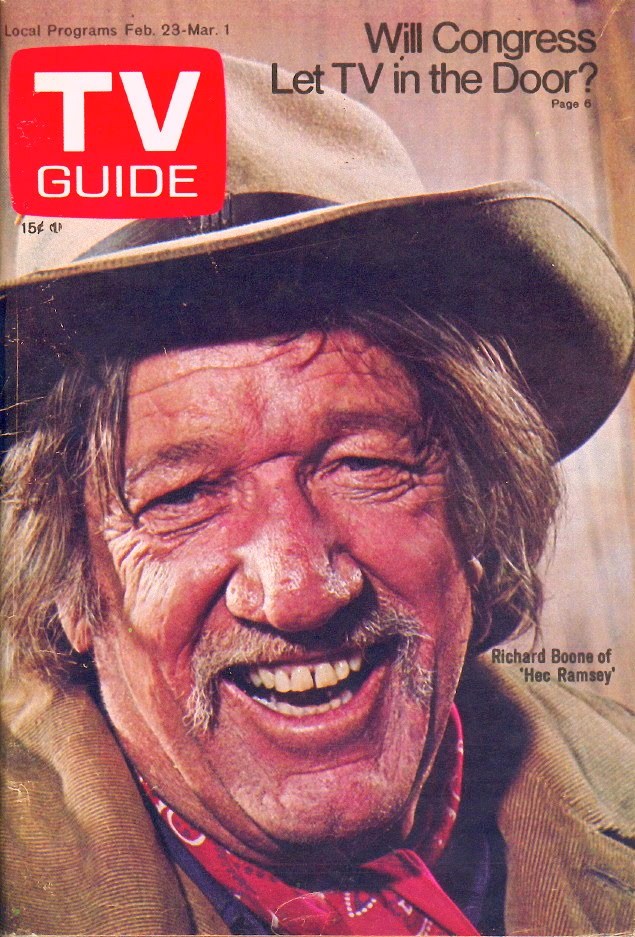 With Boone, he never blended into the background, you saw and heard him.  Even though he played in action series and films, he brought an actor’s focus to his roles.