For more than 40 years, Paul Cotton was the lead guitarist, singer and songwriter for the country-rock band POCO.  He joined after Jimmy Messina left the group in 1970, being recruited by POCO co-founder Richie Furay.  After Furay left in 1974, Cotton’s role in the band grew as he became one of the main songwriters and singers.  In 1978, bassist Timothy B. Schmidt and drummer George Grantham also left, leaving Cotton and POCO original member Rusty Young the remaining members of the band. 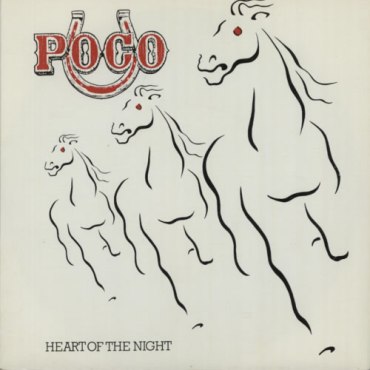 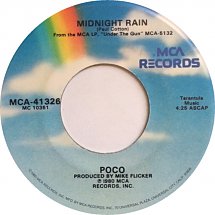 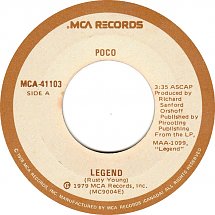 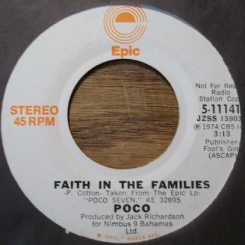 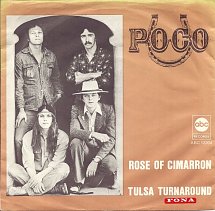 The two of them were set to record an album as a duo, but at the insistence of their record company recruited additional members to help with what became POCO’s most successful album, Legend.  This began a period of success for the group but amid changing musical tastes by the public and radio programmers, the success did not last.  The group continued on as Cotton and Young, with a changing cast of musicians.  They would continue releasing sporadic albums and never seemed to leave the road.  At the end of the 1980’s, the original lineup of POCO reunited for a new album and tours over the couple of years.  Cotton, who was not part of this lineup, used the time to record his own solo album and pursue his own interests until he and Young re-formed their version of POCO a few years later. 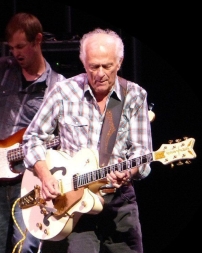 In 2010, Cotton left POCO, the result of a business dispute with Young, who retained ownership of POCO, which employed Cotton.  A deal could not be worked out and Cotton retreated to his base in Florida for the next six or seven years, recording and touring, with the Paul Cotton Band, on sea cruises and various throughout the region.

When Cotton joined the band in 1970, Furay noted that Cotton brought a rougher edge to the band, a more rock and roll vibe.  A couple of years later, Furay was gone to seek bigger fame, leaving Cotton to provide more of the songwriting and stage presence.  Schmidt was developing as a songwriter and steel guitar player Young blossomed into his role of writer and singer.  Over the next several albums, Cotton contributed about forty percent of the songs and wrote most of the songs getting played on the radio like “Rose of Cimarron”, “Faith in the Family”, and “Indian Summer”.  The blended harmonies of Cotton, Young, Schmidt and Grantham gave the group vocal strength on a scale of CS&N, the Eagles and the Doobie Brothers.

Young and Cotton wrote all of Legend, and parked the country aspects for a leaner, heavier rock sound.  In the next several albums they would blend back in, some of folk and country, both musically and thematically, gaining praise but seeing record sales decline.

POCO was known as a country/rock band, something they couldn’t parlay into mainstream success like the Eagles did. Loyal fans didn’t want them to change but radio programmers weren’t interested.  Young, an original member of POCO, was known for his country and bluegrass stylings, but Cotton brought a Western and Caribbean sentiment to both POCO and his solo releases.  Cotton was at home on the range, the prairie or on tropical beaches.

While Cotton played most of the guitar leads in the group, Young was a very accomplished player and wasn’t always sitting behind the steel or playing another string instrument.  The two of them, over four decades recording and touring, complimented each other on guitar.

POCO without Paul Cotton is a lesser group. In concert, they can select from a large catalogue of songs that fans are happy with hearing, but leaving out the Paul Cotton written songs only gives you part of their legacy.  Cotton shouldered the brunt of POCO’s commercial output following Furay’s departure until the album Legend, when Young took a giant step forward as both a writer and performer. Cotton is now in his 70’s and lives in Oregon now, near family.

Cotton came to POCO from a band called Illinois Speed Press in the late 1960’s.  Prior to that, he played with a variety of bands, as far back as the late 1950’s.  In his spare time, away from POCO, Cotton has released five albums:

A side story.  In 2008, POCO played Lawrence, Kansas.  It was a very cold day and when POCO arrived at the venue they invited us inside.  We watched the equipment set up, soundcheck and visited with members of the band.  They were quite kind to us and it was a thrill to meet them, and Richie Furay who was performing with them and as their opening act.  Furay was energetic and very talkative.  Young was friendly, but all business about getting the show ready.  Cotton was quiet and almost shy.  They were quite a mix of personalities.  They were quite a band.

As POCO celebrates its 50th anniversary, with concerts around the country and appearances by several former members, it is unfortunate that Cotton was not part of it, since he was a main player for 40 of those years.