There are lots of dreamers, and lots of realists.  The world needs both.  But can a person have qualities of both?  Sure, why not.  It is like asking if someone can have both right and left brain qualities.  My guess is that most people have varying amounts of each, that few are exclusively one or the other.  It is not as simple as saying that right-brain people are creative and left-brain are realistic.  Some characteristics are more common to one side but how people think and behave are more independent than brain-sidedness.  A 2013 study from the University of Utah but looked at neuroimaging data and differences in left-dominant or right-dominant networks and cast doubt on the right and left brain debate.  Anyway, that’s not the point of this discussion and I’m clearly out of my depth.

Let’s look at each.

The Dreamer: Imagines what if, and asks why.  Very philosophical.  Will overstep 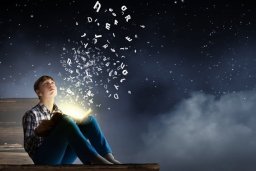 boundaries.  Debates and reads between the lines.  Data and facts can be a staring point, but not an end point.  Willing to take a leap of faith.  Tends to see the good or the opportunity for good.

You see the big picture and aren’t bothered by constraints.  Details may not be your thing or you might view them merely as speed bumps. You are viewed as impractical and idealistic.  Often you take that as a challenge.

Predominately deals in facts and absolutes, they are tethered to what they see. Realists weigh the options and use objective and verifiable data to make decisions. They plan and set achievable goals.

Realists can take the fun out of a great idea.  They study methodically in their preparation. They ask questions so they don’t trip over the speed bumps.  Realists aren’t always naysayers but they will point out the pitfalls.

So what happens if you have portions of both?  Congratulations, you probably do!

You hold onto your dreams and work hard to make them happen.  Maybe that involves a lot of planning and figuring out how to solve challenges in the way, but you stick to it.  You will turn your dream over and maybe rework it.  The realist in you studies the design of your airship, the thermal draft, the launch geography and the mechanics of staying airborne.  The dreamer in you keeps you going despite the setbacks and think beyond the boundaries, and excites others about the possibilities.

Are dreamer and realist traits complimentary?  Many successful people will tell you they can be. I’m one of those.  It doesn’t have to be a tug-of-war, quite the contrary.  In a way, these traits help balance each other.