There are many things I like about The Who.  I’ve been a fan for 50 years.  Here are 10 of my favorite things about the rock group. 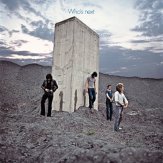 What’s not to love about this album? A classic and one of the top rock albums of the era. It was born from the failure of an ambitious Pete Townshend project called Lifehouse. This album captured the pent-up energy of a young generation ready to bust lose. The Who had matured as a band and this album shifted them into a new gear.

paintbrush. Soon it was the piano, organ and this new device called a synthesizer. The ideas in Pete’s head needed released. He holed up in his home studio and worked on sounds and bits of songs using a variety of instruments that he recorded on various tape machines. He brought these demos to the studio where the songs were constructed with the band. From rhythm and blues covers to rock anthems to rock operas, Pete’s songwriting evolved as he grew from restless young man to restless older man.

Keith Moon’s manic drumming was lightning in a bottle. Moon was no traditional 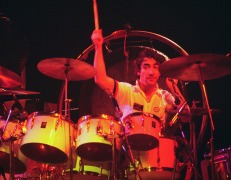 drummer. He had trouble with complex time signatures, particularly as his life disappeared into drugs and alcohol. His explosive personality gave The Who a defiant edge that seemed more attuned to the emerging punk era. Moon’s drumming was as vital to The Who’s sound as Bonham’s was to Led Zeppelin. From “I Can See For Miles” through Quadrophenia, Moon was on fire. He was the kerosene to Townshend’s flame. Only on Who Are You did Moon’s ability fail him. His bombastic style was as explosive as his love of explosive devices on stage. Pity Townshend’s hearing (see The Smothers Brothers Show appearance).

John Entwistle played the bass like a lead instrument. Only Chris Squire of YES rivaled

him in style. The Ox not only gave The Who a bottom sound but it carried the main melody to free up Townshend to solo and blast power chords. Entwistle’s driving bass line wasn’t as untamed as Moon’s drumming, but he could be both lightning and thunder at the same time. The Who’s sound was forever quieted with Entwistle’s 2002 death.

The first mature live rock album. Recorded over two nights, it was the first night that

was released as an album. Later, an expanded CD version was released that included material from the Tommy portion of the tour, in addition to the second night’s performance. The Who were on fire during that first night, as they mixed cover versions in with their own material. “Shakin’ All Over”, “Young Man Blues”, and “Summertime Blues”, all covers, are the highlights of the show. Daltrey’s dynamic vocals complimented Townshend’s flaming guitar runs. It always amazed me how three instruments could produce such a full and powerful sound.

legacy. Although not close friends, they have maintained a respectful relationship and musical partnership.  Reading each of their autobiographies, they have questions for each other they’ve never asked.  They can be close as brothers or as distant as brothers.  One thing is mistakable, Daltrey is the best interpreter of Townshend’s writing, even if it was biographical.

The Kids Are Alright

. Directed by Jeff Stein, the film pieces together, mostly in old film and interviews, the story and influence of the band during their heyday. When Keith Moon died in 1977, the first era of the band ended. While they would be success for the next 40 years, it would never be quite the same. The Kids Are Alright captures the era’s unique essence.

The Who has a presence like no other band. From Moon’s manic drumming to Townshend’s

windmill guitar action and his animated leaps, to Daltrey’s swinging microphone and rocking stance, and Entwistle’s statue-like presence – The Who didn’t change much over their career. In their early years, the band famously knocked over and destroyed their instruments. Moon destroyed his drum kit and cymbals, while Townshend crashed his guitar into pieces hitting it against the stage and pushing over his amps. The Who exemplified the angry energy of their generation. In later years, they abandoned this destruction, but it’s marvelously presented in The Kids Are Alright.

The Who famously recorded many of their concerts and released some them to document different phases of the band’s career.  Granted, not all of these album releases are the quality or energy of Live At Leeds, but it’s good to have these recorded performances. Entire albums were recorded live, and there are songs that were only sporadically played in concert.

After Moon died, the remaining members carried on, although in my opinion, the quality

of Townshend’s songs never had the majesty or impact of his earlier work. They went on hiatus for long periods, regrouped for tours and occasionally a new album. Entwistle’s unexpected death diminished the band’s vitality and commercial relevancy, but Daltrey and Townshend refused to give up. Although Daltrey’s voice can no longer reach the higher notes and Townshend’s loss of hearing limited his guitar playing for a few years, they have surrounded themselves with talented musicians to muscle-up quality versions of classics. Long live rock!