Darryl Hall and John Oates represent the most popular recording duo in history. History will show they had a handful of chart hits in the 1970’s and mega-success in the 1980’s, before, somewhat unexpectedly, downshifting to explore other career choices.

I was a fan (and still am), I enjoyed the songs on the radio but I also bought the records, including the ones that didn’t sell. I trusted they would develop into album artists, and they did.  Along the way, they became successful. REALLY successful.  In the fact, some of their better songs were not even singles.  And at the height of the celebrity craziness of that era, they stopped.

They were MTV stars for sure, but in the years prior to mugging for the camera in trench coats and lip-syncing to “Private Eyes,” Darryl Hall & John Oates struggled to find a signature sound. They were tagged with the blue-eyed soul label that gave life to “She’s Gone,” “Sara Smile” and “Rich Girl.”  Those were very successful songs, but their albums were only modest sellers.

Riding their radio success in the late 1970’s, when they had been playing stadiums, they released two albums that had no big hits, and saw their concert audiences shrink. By the 1979, they were back in small venues and even performing two sets a night like in the old days.

“As quickly as success that wafted in like some cloud of precious, sparkling, magic dust, it had dissipated. There was always outside pressure, but never panic.” – John Oates

We know about the successful years with “Maneater,” “I Cann’t Go For That,” “Private Eyes,” “Out of Touch,” “Method of Modern Love,” “Say It Isn’t So,” “One On One,” “Adult Education.” Big hits all. They were all over radio and television. 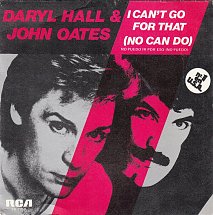 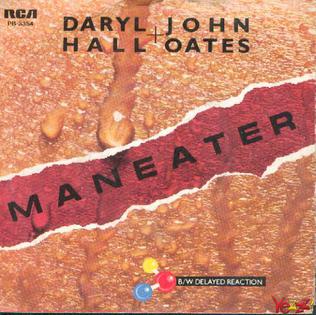 The album that started their massive success was released in 1980, Voices, which produced four charting singles. Curiously, the album debuted on the charts at number 75 and ten months later peaked at number 17. That’s a slow but steady climb, as if the record-buying public wanted to know if they were for real. The singles were “How Does it Feel to be Back,” “You’ve Lost That Loving Feeling,” “Kiss On My List” and “You Make My Dream”.

“The momentum and success of Voices ushered in the next wild chapter in our career. We had done it.” – John Oates

The album preceding Voices was X–Static (1979) was co-produced by David Foster, who was early in his producing career.  X-Static was a mixed bag, slickly produced, but varying in quality and lacking in focus. It did produced one of their best songs, “Wait For Me,” which made a decent showing in the chart.  So what was different?

With Voices they recognized the musical trends going on around them and incorporated the beats and attitude into their songs.  After almost a decade of recording together, they realized the key to their sound.  Beginning on this record they starting utilizing their tour musicians in building their records instead of mostly relying on a changing set of studio musicians. They also took over producing chores and they utilized a more minimalist musical pallet.

So, let’s look at the first phase, where it all started. Darryl Hall & John Oates were signed in the early 1970’s by Atlantic Records. Their first three albums for Atlantic and next one for RCA are all quite different, perhaps because of having a variety of producers and influences. The first two albums were produced by veteran pop producer Arif Mardin, who helmed hits for many artists. The third album changed direction, being produced by Todd Rundgren with a rougher, more glam sound. The fourth album, after they switched to RCA, was self-produced with guitarist Chris Bond, and seemed like spinning their wheels.

Radio success was slow in coming. “She’s Gone” from their second album did not become a hit until it was re-released two years later, after their hit “Sara Smile” from their fourth album.

It was their fifth album, Bigger Than Both of Us, that the duo found their traction. “Rich Girl” in 1977 was a number one hit from the album, but the album track “Do What You Want, Be What You Are” gave them musical credibility as a bluesy track with muscle.  I knew they could writing an occasional hit single but their albums were mostly filler.  Funny, their second album, Abandoned Luncheonette, was their strongest album until Bigger Than Both of Us.

Coming on the heels of “She’s Gone” and “Sara Smile”, Hall & Oates were enjoying great commercial success. With “Rich Girl,” they had reached the top of the chart.  And then it all changed.

The next two albums, Beauty on a Backstreet and Along the Red Ledge did not produce a single that got above number 20. Funny, but both albums are among my favorites. Beauty on a Backstreet is a curious album. There aren’t any obvious singles on it, but almost every song has a solid musical core. It’s a musician’s record. 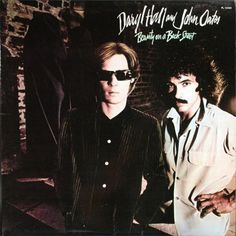 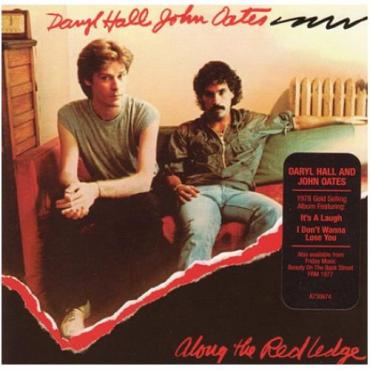 The next album, Along the Red Ledge, had several single possibilities and two were release. No memorable hits. Davis Foster was behind the console.  Foster, talented and with a wall full of Grammys to back it up, would later be known to bring in his own musicians and even get co-writing status on projects, like he would later do with The Tubes and Chicago. The album has a roughness and thankfully still feels like Hall & Oates. Beginning with their next album, the sound changed.

In 1985, Hall & Oates brought the machine in for a landing. After Big Bam Boom, the resulting tour, Live Aid, and “We Are the World,” it was over.  It was during the video shoot for “Out of Touch” that Hall and Oates looked at each other and realized the ridiculousness of the videos and the promotion machine. This epiphany would soon change their lives.

“I’m not a big fan of any video, especially my own. In a word, I hated the Hall & Oates videos.“ – Darryl Hall

They were on top of the world, but as they realized, the only place to go was down. And the great irony, after the millions of albums and massive concert tours, they found out they were broke.  Bad deals and not watching the money.  In time, they dug out, had record company accounts audited to find unpaid royalties, and kept working.  Although they don’t record together, they frequently tour and play the old hits.