Dick Dale passed away this week.  Here’s my memory of him.

I saw Dick Dale in 2009 at a small club in Kansas City. I have a CD of his early work when he was branded the “King of the Surf Guitar” so I was familiar with some of the songs

that made him famous.

For a man about 70 years old at the time, he put on a show that was amazing. He didn’t jump about the stage like a young Pete Townshend but he had great focus and stamina. The concert was earsplitting loud too, I think he turned the volume up to 11.  He looked like a hippy senior citizen, with his headband, long ponytail and music t-shirt.  That could be me in 20 years but without the guitar talent.

I recall that he wasn’t a great vocalist but fans weren’t there for the singing, it was the guitar playing, and he delivered it. 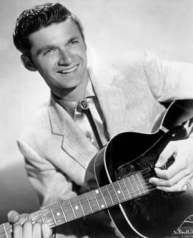 Dick Dale was that early 1960’s cool cat.  He represented a generation that mostly dreamed of the beach, a Mustang convertible and eventually living the American Dream.

Much like Chuck Berry, nothing he did later had the same impact as that heavy-reverbed surf music.  Dale continued to record sporadically but his life was on the road. He was a masterful guitar player even late in life. Even though his venues were small, he played like the entire world was listening.

After he finished the concert, I felt exhausted, I’m sure he did too. He grabbed a towel to wipe away the river of perspiration, sat in a chair at the front of the stage riser, and signed autographs for an enthusiastic crowd.

I can name you a few of his early hits, they are guitar classics.   “Misirlou” and “Let’s Go Trippin'” were two of his bigger hits.  I wasn’t familiar with some of his more current songs but it didn’t matter, we eagerly listened and appreciated the precision of his playing.

Dick Dale was an original.  The world needs more of those.  RIP.