Could it be 40 years ago that discotheques like Studio 54 were all the rage?  It seems like a lifetime ago, it was certainly a different era. 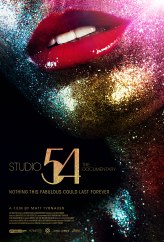 Studio 54 is very much a New York story, but it is a great commentary about America. Even more so in 2019.  I’ll explain later.

The heyday of the Studio 54 was 1977-1979 and everyone has an idea of the decadence that happened inside the building.  It was the playground of the rich and famous, and those that were deemed beautiful enough to be admitted inside.

Sex, drugs and disco.  Owners Steve Rubell and Ian Schrager built, for a short period of time, a fantasyland that was not only the talk of New York City, but represented the opulence and escape from reality that represented the decade.  Rubell and Schrager’s operation was too successful.  Lines of people who could not gain access created a growing backlash that the “bridge and tunnel” people weren’t welcome.  Studio 54 also represented an ugliness about America.

Rubell and Schrager tried to skirt the liquor laws in their hast to open the club and were eventually shutdown, although briefly.  Instead of waiting to get a liquor license, they operated with daily catering permits until the state and city became wise to their operation.  Enter attorney Roy Cohen, who would represent the club and the owners for the next several years through the downfall.  Cohen is quite the character. Google him for the low-down.

Rubell began bragging about how much money they were making and comparing the cash machine to organized crime.  Bad idea.  This got the attention of the IRS, who raided the club, found hidden bags of cash, a cache of drugs, and a second set of books.  Rubell and Schrager were skimming most of the daily receipts and not reporting it.  Really bad idea.  They also tried to implicate Hamilton Jordan, President Carter’s chief of staff by claiming that he tried to purchase drugs at the club.  A really, really bad idea.

By 1980, the dream was over, the club closed and Rubell and Schrager went to prison.  They sold the building, new owners tried to keep the disco going under different names, but it was never quite the same.

The difference between the 1970’s and 1980’s is striking.  The new decade brought in a new conservatism, with a new Republican President and a renewed American focus on making money.  Not only would capitalism get a shot in the arm, but the notion of greed would become a good thing, an American value again.

The sleaziness of the 1970’s would also be pushed aside, not only by a new fashion facade, but the country would see the emergence of the Christian Right, not just as a cultural force, but a political one as well.

New York City would also take aim at crime and the tawdry businesses that gave the city a bad name, and hurt the tourism industry.

The 1980’s would see the addition of something else, a game-changer, the emergence of AIDS.

The documentary is split into two parts: the first is Studio 54’s creation and the times; and the second half is the disco’s downfall, the impact of the lives of the central figures, and a look at the time-capsule on our culture.

The film doesn’t sugarcoat the mistakes and crimes involved, nor does it apologize for the outrageous lifestyle and behavior.  Some of those interviewed who were part of that scene do wax nostalgic and reflect on what they consider to be the cultural significance of the Studio 54.  I am not sure I see it as significance, just an unsustainable lifestyle and what turned out to be a criminal enterprise.  There is no judgement on the drugs or sex, just the business decisions and criminal acts of the owners.

Rubell died from health issues that were linked to AIDS, even though it was called something else at the time.  Schrager got out of prison and he and Rubell started a boutique hotel business, that Schrager greatly expanded after Rubell’s death.  He has hotels all over the world now.  He was pardoned by President Obama.

Studio 54 stands as a cultural landmark, more of a cautionary tale of decadence and greed.  It’s an American tale.