Carlos Santana has been making music for 50 years. He goes all the way back to Woodstock and continues today touring and releasing new music.

Santana’s career is divided into many eras. He’s had massively successful periods and career valleys. In the new millennium he’s had one of his strongest career arcs as he’s teamed with current artists, covered classic songs and found new musical styles to explore.

For this blog, I’m focusing on the 1972-1982 period. This was after his early success and the departure of Neal Schon and Gregg Rollie from the Santana group, who formed Journey.

To his credit, Carlos Santana has always been an innovator, taking chances others have not, abandoning commercial sound for experimental journeys into jazz, funk, salsa, fusion, blues, R&B and world music.

Some of the albums below, you may not have heard of, it would not surprise me.  Santana even confounded his record company with the musical choices he made following the Santana group’s first several albums that established the Latin-rock sound, and developed an eager audience.

Caravanserai (1972) This album started what some call the “experimental” era for Santana. Santana did not completely abandon rock for jazz, but this album is challenging for the fan looking for more conventional rock tracks, but there are some very Santana-like tracks, and some good ones.   This album is predominantly instrumentals. The last album with Schon and Rollie, who probably had no idea where Santana was going. “Waves Within,” “Every Step of the Way,” “Song of the Wind” and “Look Up” are very Santana-like songs.  The experimentation would downshift with the next album.

Love Devotion Surrender (1973) Santana has been a man of spirituality and it has flavored his work, but this album, with guitarist John McLaughlin, spoke to his following of Sri Chinmoy’s teaching and also of jazz artist John Coltrane. “Let Us Go Into the House of the Lord” a nearly 16 minute track is awesome. “Naima” and “Meditation” are quiet acoustic songs.  Santana should have done more of these.

Welcome (1973)  This album is a continuation of Caravanserai, predominantly complex jazz-rock instrumentals.  Tom Coster was the new keyboard player and would be with Santana for a number of albums.  Again, there were no singles, but Santana was going for something deeper and more satisfying.  Of his jazz-rock albums this is my favorite. Put this album in the CD player on a road trip and enjoy. “Flame-sky” is a killer, the guitar-organ interplay is incredible.

Illuminations (1974) A collaboration with Alice Coltrane (John Coltrane’s wife) that is a spiritual trip using more laid-back jazz treatments along with an orchestral backing.  This is a big departure from his hot rhythms thick guitar. This is not my style and despite several listens, my least favorite of his albums.

Lotus (1974) Recorded in Japan, this live album set was originally not available in the U.S.  If you were looking for a live collection of greatest hits, this wasn’t it.  More jazz and spiritual-focused, the live tracks are stunning, if you want to sit back and take in the experience.  It is soulful and shimmering.  Not recommended for the casual fan but the brilliance is there.

Borboletta (1974) Another jazz-fusion effort, continuing the sound he started in 1972. Is this better than his previous albums, it could have been.  Do he expand the boundaries, since this was his experimental period? Not really.  About half instrumentals where the percussion and jazz stylings have room to operate, and Santana’s guitar features fluid movement and long sustained notes. Santana is the master of the long sustain.  Of of the songs with singing, “Mirage” and “Life is Anew” are good but do not rank with his past vocal work.  Strangely, the album gets a little funky, then it stops.  It starts to get a commercial vibe, then it stops. It is like he couldn’t commit to a sound.  After this album, Santana would return to more familiar ground.

Amigos (1976) Of the first six albums on this list, Amigos is the most commercial and fan-friendly.  It is a really satisfying listen. “Dance, Sister Dance” and “Europa” are two of his best songs ever. The album is strong beyond these two songs, but Santana’s guitar playing is at his best. “Take Me With You” alternates between quiet jazz guitar and a high octane shred.  This album has a variety of styles, from fusion to funk to Latin to R&B. It’s a winner.

Festivál (1977) Described by many as a stronger album than Amigos, I don’t believe it is. It has commercial appeal but lacks the great moments the previous album. It’s certainly more embracing than the early records in this cycle.

Moonflower (1977) My favorite Santana album, I liked it from the first moment. A bit of a hodgepodge of styles, studio and live tracks on a two-disc set. “Transcendence” and “I’ll Be Waiting” are keepers, two of Santana’s best. “She’s Not There” was a popular cover of the Zombies’ hit. The live versions of “Dance, Sister Dance” and “Europa” are almost better than the original versions.

Inner Secrets (1978) This album is curious from the use of covers and the varied musical styles. It is more rocking and less jazz, and it seemed to be created for a more commercial audience. “Stormy” is a soulful cover. “Well Alright” and “Open Invitation” are more traditional rockers. “Move On,” “Life is a Lady/Holiday” and “One Chain” seem designed to be played at a nightclub. The album doesn’t break any new ground, it is just a group searching for a direction.  The production is very late 1970’s, almost a disco club vibe, with the finger tapping bass line. Nothing wrong with that.

Marathon (1979) The next few albums had a distinctive formula and shifted into the Santana rock era. There were a couple of solid singles for the mass audience but the best songs are instrumentals, a Santana strength. “Runnin’,” “Stand Up” and “Aquamarine” are beautiful guitar centered songs. Both shift into higher gears and utilize the great bass playing of David Margen.  This is one of the weaker albums of the era, very generic rock.

Oneness: Silver Dreams Golden Reality (1979) This was a Santana solo album, though he used many of the usual suspects. Mostly instrumentals and a few ballads.  Jazz-fusion. Most of the songs are three minutes or under and really never quite get going, although several are very interesting. “Oneness,” “Jim Jeannie” and “Song for Devadip” are the best songs, they are up tempo and have great solos.  I couldn’t tell if this was a Jeff Beck/Jan Hammer or George Benson album.  Put this album on with headphones and listen to it all the way through.

The Swing of Delight (1980)  Another Santana solo album, done with musicians that included Buddy Miles’ band.  The songs are bit more varied but predominately jazz-fusion with a Latin beat, it there has to be a label.  I did not find most of the songs very interesting, or asking me to play them again.  A step down from Oneness. 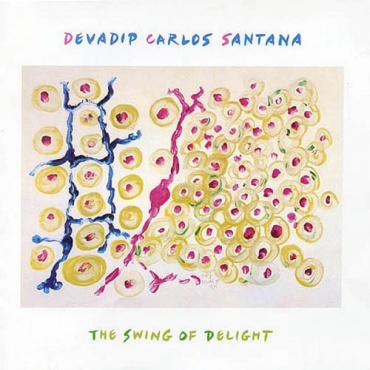 Zebop (1981) Another album of mostly uptempo rockers. “Winning” is a fine mid tempo song that got a lot of airplay. This album would chart well and give Santana a wider rock audience. The instrumental tracks “Tales of Kilimanjaro,” “Primera Invasion” and “American Gypsy” are the best tracks on the album. “Hannibal'” and “Changes” are okay tracks, better than the rest, which sounds like a Journey imitation.

Shangó (1982) This isn’t a bad album, in fact, it’s the best album of this era. For an innovator, this is music by the numbers, somewhat formulaic. You can listen to it and not find anything wrong with it, but you won’t compare it to his more distinctive 1970’s work. “Hold On,” “The Nile,” “Body Surfing,” “What Does it Take” and “Nowhere to Run” are the more distinctive tracks.  The other tracks are filler.

That is quite a decade of music, and incredibly diverse styles.  Always searching, Carlos Santana was very prolific during this period.  There are lots of opinions about his music, so I will offer mine.

Beginning with Caravanserai, he chose to get more serious about his music, not coincidentally to his following of Sri Chinmoy and his search for spiritual enlightenment. His sudden switch from Latin-rock to jazz-fusion was a significant risk.  His record company boss was quoted as saying it was career suicide, or words to that effect.  They were probably more concerned about album sales and Santana’s audience abandoning him.

I actually found the early albums of this decade very interesting, aside from Illuminations. Even his album with McLaughlin had some fine moments.  Although these albums had a “sameness” to them, there was plenty to like.  While there wasn’t another “Black Magic Woman on these albums, there was a freer and looser style to songwriting and playing.  Santana jumps around from style to style, but he often stays with the same style too long without much variation.  His solo albums and his collaboration with Alice Coltrane I found to be the less impressive of his albums.

The 1970’s represented a period when getting product to the market annually still mattered, and record companies expected it.  Santana was prolific, maybe too much so.  His albums jumped around in style and many of his songs sounded like underdeveloped ideas.  He would later back off and go a few years between albums, as sales declined and his tours downshifted to smaller venues.  He would later have a career resurgence, but that’s for another blog.

From 1969 to 1972, when the Santana group released their first three albums, they set the musical world on fire with their heavy Latin percussion driven blues-driven rock.  This unique blending of styles was fresh, but also tapped into the vibe of the times where blues-based rock became popular, for a short period of time, as a serious musical form.

Jazz-fusion was a cobbled together label for an instrumental form of rock with a more variable musical structure.  Progressive rock had already broken down the door of the rock format, mixing classical, jazz and folk styles into a longer song structure.  Fusion took this freedom in a different direction, not tied to complex lyrics or the heavy orchestral stylings that prog often implied.  Fusion had a structure but allowed more variation as compared to the more linear and predictable time signatures and structure of mainstream music.

The 1972-1982 period was Santana’s most creative an unchained period. He set himself from from the Santana Group but not from high expectations. There were some very high peaks and a few valleys, but overall this is a period worth taking some time and going deep.