Once in a while, you get to meet someone whose career is not only long and successful, but influential.  John McEuen, former member of the Nitty Gritty Dirt Band, was scheduled to play a concert at a local venue and spent part of the afternoon talking and playing for a small audience at a music store.

Now age 73, he wears his years proudly, and you couldn’t meet a nicer man.  Before he took that small stage, he mingled with a small but select crowd.  He signed a flyer for me and we talked about guitar playing.  More than 40 years ago, I a poster of Will the Circle Be Unbroken, hung in a practice room where I took weekly guitar lessons. He asked if I still played. I told him not as well but I wrote with more perspective. He said, welcome to the club.

Seated on a small platform, in front of the Beatles’ Abbey Road street banner, McEuen picked his handmade guitar from South Africa, and told stories from his long career.  He would stop and play a few chords, then continue on with his story, you could see the wheels of his memory turning. 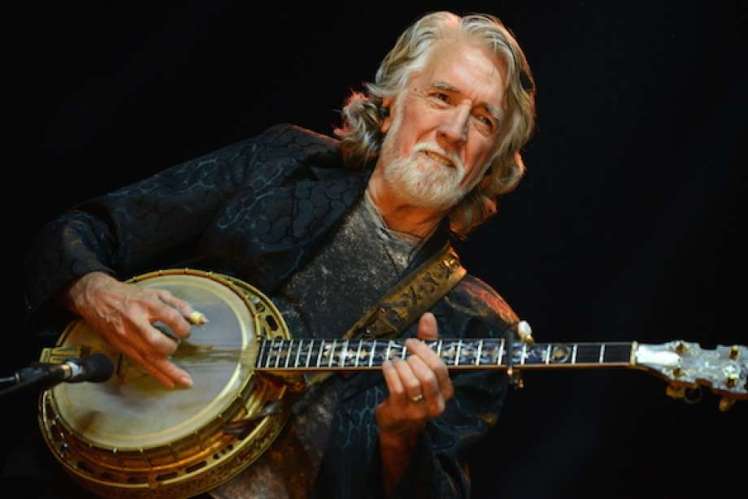 McEuen, now removed from the Dirt Band, travels the country playing small clubs and occasionally releasing a new album.  As he was playing, a monitor near the platform advertised his upcoming concert with a mix of film footage from his career.  He was drawn to images and provided a few comments about the people and the concerts on the screen.

Will the Circle Be Unbroken was a monumental album release back in 1972, with the Nitty Gritty Dirt Band sharing the recordings with such legendary country performers as Roy Acuff, Earl Skruggs and Mother Maybelle Carter.  Roots or Americana music is quite popular today, but this was perhaps the very first album that a contemporary musical group embraced traditional American music for a mass audience. Certainly, songs like “Mr. Bojangles” helped popularize their style. 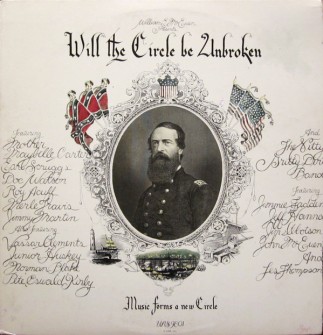 Over the next few decades, the Nitty Gritty Dirt Band would weave between traditional and contemporary music.  The industry, record companies mainly, would push them toward pop music.  In 1976, the band shortened it’s name to The Dirt Band, as they entered there mainstream period. “An American Dream” was a top twenty hit, as well as “Make a Little Magic” in 1981. Fame brought drugs, disputes and other issues.

In 1982, the band returned to their full name and took the offramp, heading back to their more traditional sound.  Country music was on the rise and the band enjoyed solid success on the country chart and as part of various concerts like Farm Aid.  In 1986, McEuen left the band, replaced by Bernie Leadon, an original member of the Eagles. 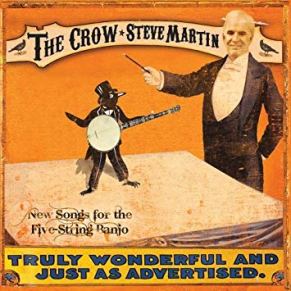 McEuen would rejoin the band in 2001 and stayed with them till 2017.  As a solo artist he has released a number of albums and collaborated with Alison Krauss, Linda Ronstadt, Glen Campbell, Dolly Parton, Phish, Mary Chapin Carpenter, Willie Nelson and many others.  One of his most famous collaborations is with actor, and fellow banjo player, Steve Martin.  McEuen played on Martin’s 2009 album,  The Crow: New Songs for the 5-String Banjo which won a Grammy Award for Best Bluegrass Album.  By the way, McEuen’s brother, William, managed Martin acting career for many years.

For a guy who has such a grand musical history, he’s a very unassuming man. Soft spoken but engaging, he met and talk with anyone, as if you were an old friend.  He played the guitar, often changing the tunings and picking some very intricate but melodic passages. McEuen is adapt at a number of instruments, the fiddle, mandolin, banjo, bass and of course the guitar.

I met McEuen 25 or so years ago, as the band was performing at a venue in Topeka, Kansas.  I was a volunteer member of their road crew that night, helping set-up, tear-down and run errands for the band.  Minor brush with fame.  I told that story to McEuen.  He looked at me, squinted and said, “I remember you. You never brought me that soft drink after the concert.”  Then he smiled, and thanked me for the help.