Adapting quirky American fiction for the screen is not easy. Steinbeck is one of America’s classic writers, but rarely the stuff for studios looking for a popcorn film for mass audiences. 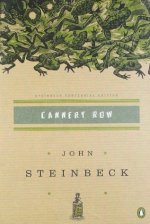 Two of Steinbeck’s stories, Cannery Row and Sweet Tuesday, were combined by Ward, who wrote the film. Ward hit a homerun in his first time at bat with his Oscar-winning screenplay for The Sting.

Cannery Row was his first time in the director’s seat. It wouldn’t be an easy ride.

I suspect it was producer Michael Phillips (Close Encounters of the Third Kind, The Sting, Taxi Driver) who hired Nolte as Doc, the former baseball pitcher turned marine biologist. It was a good choice.

Raquel Welch was signed to play Suzy, the new in town working girl who falls for Doc. After a week of filming, Welch was fired and replaced with Debra Winger. Firing Welch did not go down easy as she filed a lawsuit against the studio, the producers and Ward. Five years later, she was awarded $10.8 million. The jury found for her on breach of contract, conspiracy (that they had negotiated with Winger before firing Welch) and defamation. The film ended up losing money, so this was a double whammy.

Winger stepped in for Welch and did fine in the role. Frankly, I can’t imagine Welch in the role, she’s a reasonable actress just not the type for this role. Winger is brassy, a bit naive, but doesn’t let her youthfulness put her at a disadvantage with Doc, a more worldly but emotionally distant suitor.

Nolte and Winger has chemistry onscreen, and apparently offscreen as well. For a man of the world, Doc was never in control in dealing with Suzy.

Cannery Row is a depression-era fable of life on the near-vacant California Coast. Everyone there gets by, but from the time she arrives at Cannery Row, Suzy changes the dynamics there.

The fish canneries have shut down, many other businesses closed, and life is simpler. Suzy is in search of work, but outside of the Bear Flag Restaurant, there is none.

The Bear Flag serves sex instead of food. There are always customers, frat boys, sailors and the occasional salesman. With no other prospects, Suzy becomes a floozy. She catches the eye of Doc, who finds her intriguing but a bit much. The first time he sees her with a customer, turning down the bedroom light, he is smitten.

The Bear Flag is run by Fauna (Audra Lindley) who has a soft heart for Suzy, and hopes she will hook up with Doc. Suzy isn’t a floozy for very long.  Lindley, if you recall, played Mrs. Roper in Three’s Company.

The Row is also populated by Mack and the boys (including M. Emmet Walsh, James Keane and Frank McRae), a group of derelicts who have more personality than brains, but are forever trying to help Doc, with dubious results. Hazel is one of the boys, a bear of a man, a bit dim, but very loyal, who finds out his fortune is to become President of the United States, and that destiny worries him.

The Row also has the local market run by Joseph and Mary, a merchant who will be at the center of a big party for Doc.

Also on the Row is the Seer, an older man who provides a mystical quality with his advice toward life and no particular drive besides enjoying the sun and surf. In reality, he was released from a mental hospital in Doc’s care. Doc secretly leaves groceries for him down by the beach. Later in the film, Doc will admit, after Suzy spies Doc leaving food, that in a baseball game he beaned the man now know as the Seer, resulting in his diminished capacity.

Cannery Row‘s story is very straight-forward, it is about how Doc and Suzy get together, with the help of Mack and the boys, and Fauna and her girls. The film follows their various misadventures and the odd life on the Row, including the wreck of Doc’s house/lab during a party thrown in his honor.

The Sting and Cannery Row couldn’t be more different films, other than set in about the same time period.  The Sting is all about plot, whereas, Cannery Row is character and atmosphere.  Ward stayed close to the source material.  This was not Steinbeck’s best literary work, certainly not his most substantive.  This may explain why it took nearly forty years for it to come to the screen.

One other thing Ward did was have Actor/Director John Huston narrate the film, connecting the vignettes, and adding another layer of kookiness to the mix.

Nolte is a bit wide-eyed and befuddled in the role, although Doc is supposed to be confident and wise. His world is turned upside down by Suzy, and his kind heart bleeds for Mack and the boys and the Seer. Doc has never quite forgiven himself for beaning the Seeker, it’s why he walked away from a promising baseball career. Collecting and studying octopi seems a more noble pursuit. Nolte’s star was on the rise, even though this film would prove to be commercial dud, next up would be 48 Hrs., a mega-hit. 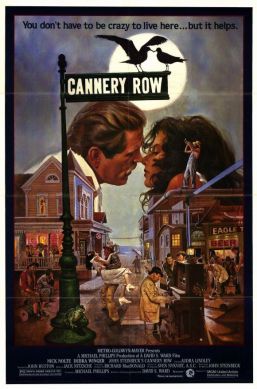 Winger, fresh from Urban Cowboy, would go on to star in An Officer and a Gentleman and Terms of Endearment, then her career would drastically cool down.

Cannery Row would prove to be a big setback for Ward, although in a few years he would hit another homerun with Major League. His career would consist mainly of a few hits and many misses.

I liked the film from the first time I saw it.  While it might seem slight, it has a fun, odd nature.  The weird characters might seem its weakness, but it is actually the strength.  The world outside, the Depression, is a hard, bleak one, but here, the characters inhabit a world removed from all that.  Even their forgiving nature is removed from the glum reality on the edges of their world.

As the film fades out, narrator Huston delivers the classic Steinbeck line. “Once more, the world was spinning in greased grooves.”