Rick Derringer, anyone remember him from the 1960s and 1970s? Now in his 70s now, he’s still touring and making music. 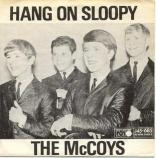 A member of the pop group, The McCoys, with their single hit “Hang on Sloopy,” he parlayed that into a member of the Edgar Winter Band and playing with brother Johnny Winters.

Derringer played on and produced EWB’s They Only Come Out at Night, with the big hits “Free Ride” and “Frankenstein.” 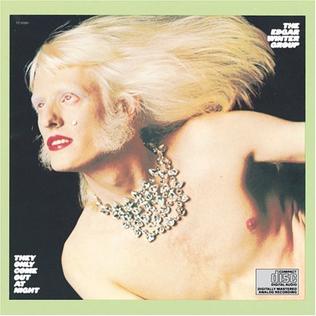 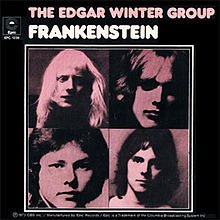 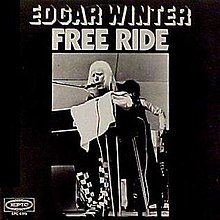 In 1973, Derringer went solo, although he continued his musical relationship with Winter.  Derringer released All American Boy, his first solo album that he wrote and co-produced.  The big song was “Rock and Roll, Hoochie Koo” which reached number 23 on the chart.  This was actually a song he had recorded several years earlier with Johnny Winter. 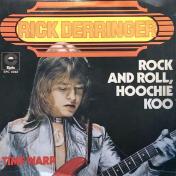 Derringer used a core band of himself on guitars and bass, Bobby Caldwell on drums, and either Edgar Winter or Paul Harris on keyboards. Joe Walsh guests on two songs. After playing with the Winter brothers on several albums in a short amount of time, Derringer was primed to take what he had learned and apply that to his own songs.  The results were stunning.

Derringer’s record label seemed to be marketing him as the new David Cassidy, with airbrushed cover photos of him looking like the front cover of Tiger Beat magazine.  Instead of a rugged rock star, he looked like a pretty-boy pop star.  The music inside of All American Boy is quite impressive, the guitar work is energetic and pristine.  He works his way around the acoustic and electric fretboard like Eric Clapton. 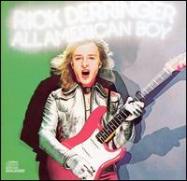 Written by Rick Derringer; except where “Hold.”

“Rock and Roll, Hoochie Koo” – 3:43 Derringer’s signature song. It wouldn’t get any better than this. A great guitar song, riffs o’plenty.

“The Airport Giveth (The Airport Taketh Away)” – 2:49 Big production with strings and acoustic guitars. Big vocals by Derringer. Except for the choir, the song might have been included on the Eagles’ One of These Nights album.

“It’s Raining” – 2:05 An uncharacteristically mellow, relaxing on the beach kind of song, gently swaying in the breeze number with harmonica.

“Time Warp” – instrumental – 2:53 Great piece of music and arrangement. Derringer burns up the vinyl with his guitar pyrotechnics.

“Slide On Over Slinky” – 4:21 Sounds like a drunken James Gang with a funky beat.

“Jump, Jump, Jump” – 6:00 A smoky, bluesy number with piano and strings over long sultry guitar notes. An even finer piece of guitar playing than “Rock and Roll, Hoochie Koo.”

Derringer was a guitar technician which is why he was often asked to play on other albums, including several by Steely Dan, Meatloaf and Weird Al.

This album is lost in the cracks of time. I’d even forgotten about this album, but the instant it started playing it was like an old friend coming to visit. Welcome back, Rick.