The first solo release from David Gilmour of Pink Floyd.  Released in 1978, it came after Animals and before The Wall.  Gilmour didn’t have many writing credits on those albums, as Roger Waters dominated the songwriting. 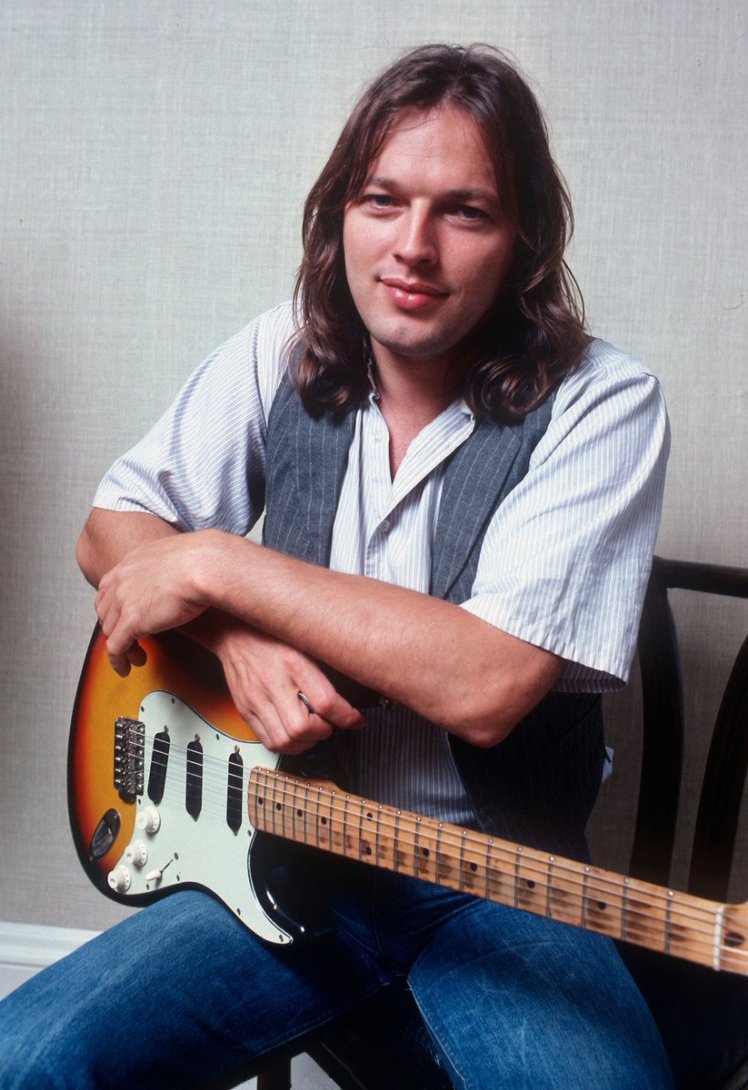 David Gilmour was a release of sorts for David Gilmour.  It had an uncomplicated sound and was dominated by his guitar.  Where Animals was essentially three long, intricate progressive-rock songs, are mostly songs of five to six minutes long and rock out, in a bluesy manner.  With the length of the songs, they get a bit repetitive, but they certainly give Gilmour great opportunity to use a variety of effects and styles.  Gilmour wrote or co-wrote eight of nine songs and produced the album. He was the boss.  Three of the songs are instrumentals, perhaps a break from Waters’ lyrically-heavy and conceptual songs.  This is rock and roll, with great bluesy riffs, no walls or flying pigs in sight.

I recall the first time I heard this album.  Tom picked one up at the record store and played it one night.  I marveled at how different it sounded from Pink Floyd albums; where had this David Gilmour been?  Animals, I never really cared for it.  The songs were long and pretentious, and the concept didn’t register with me.  It’s blasphemous to not be ga-ga over a Floyd album, but Animals and The Final Cut are weaker and less interesting.

In the 1970s, Richard Wright and Nick Mason would also embark on solo or other collaborative projects outside of Pink Floyd.  In 1978, Wright would also release Wet Dream.

David Gilmour won’t rank next to Dark Side of the Moon, but none of Waters’ solo album will either.  Gilmour’s album goes down easy, you can listen from beginning to end, and enjoy every song.  Joining Gilmour were former bandmates in Bullitt and Joker’s Wild, Rick Wills (bass) and Willie Wilson (drums).  Gilmour provides all of the guitars and some keyboards.

It wouldn’t be until 1984 when Gilmour released About Face, his next solo album, as the big Pink Floyd dirigible would be crashing to the Earth, signalling the demise of the group.  While this would be more commercially driven, I found it less satisfying and heavy in 1980s production.  It has moments, but overall, give me David Gilmour.

Songs written by Gilmour, except as noted.

“Mihalis” (instrumental)  5:46 The album opens with this mid tempo instrumental, which lets Gilmour add several lead and rhythm tracks of various intensity.  It has mainly the same rhythm beat for much of the song, the difference is in the solos and type of effects Gilmour uses.  Not a spectacular song, but great execution.

“There’s No Way Out of Here” (Ken Baker)   5:08  One of the stand-outs on the album, one of the best things Gilmour has recorded, it has a Pink Floyd familiarity.   A guitar work and Gilmour’s silky vocals are spectacular.

“Cry from the Street” (Gilmour, Eric Stewart)  5:13  A bit of bluesy riff, a heavier vibe. Gilmour’s vocal is deep in processed sound with the organ, adds a tougher feel.  Earlier Pink Floyd sound.

“So Far Away”  5:50  A bit unusual, a piano-led song, which Gilmour plays.  A nice vocal by Gilmour, and slide guitar.  This one also sounds like Pink Floyd in song structure and production.  My only criticism, the song goes on and on, repeating itself.

“No Way” 5:32  A slow riff song, one of Gilmour’s better compositions on this album.  Nice Pink Floyd type solo.

“I Can’t Breathe Anymore”  3:04  A slow, gentle song that builds to power chords and a thunderous solo.