I have to admit, I was not much of a Dead fan in my younger years. Their folky, psychedelia did not really interest me. I did not mind jam bands per se, but I did not warm up to the Dead’s trippiness and drug culture reputation.  I was painting the Dead with a broad paintbrush based on my perceptions of the band and their hardcore hippy fans. Shame on me.

However, in college, my musical horizons expanded greatly, and I found myself liking such tripsters as The Tubes, Little Feat and even a few songs by the Dead.  The Doobie Brothers were famous for saying, “What were once vices, are now habits.”  Amazing how the world turns.

A friend had purchased a copy of Skeletons in the Closet, a greatest hits album released by Warner Bros. in 1974, after the Dead left their label to record under their own label. I wouldn’t say this album contained “hits” because the Dead did not have hits, just a handful of songs that some rock stations played as album cuts that even many non-Dead fans recognized.

If you were a Dead fan, you maybe had the records, but you went to the concerts. The Dead was a live experience. In time, it was the live albums that fans wanted, and there were bootlegs galore. If you go to a Rolling Stones concert you generally get the same performance night after night; not so with the Dead. That’s why the concerts and live recordings, even poor quality ones, were valued by fans, because concerts were not the same.

I have never been to a Dead concert, but I own a copy of The Grateful Dead Movie. It’s a great film about the Dead as a live band, and their fans.

Speaking of films, I would highly recommend the documentary, The Other One: The Long, Strange Trip of Bob Weir. It is a fascinating look at Weir, the Dead and the prism of fame. Weir was a teenager when he joined the Dead and still living at home, he was the junior member of the firm, but all the groupies wanted to fuck him, not the other guys. Weir is now 72, married for many years with two daughters, and carrying on the Dead’s legacy.  It is interesting in the film how Weir shows his family the places he used to play and explains his life in the hedonistic days of his youth. 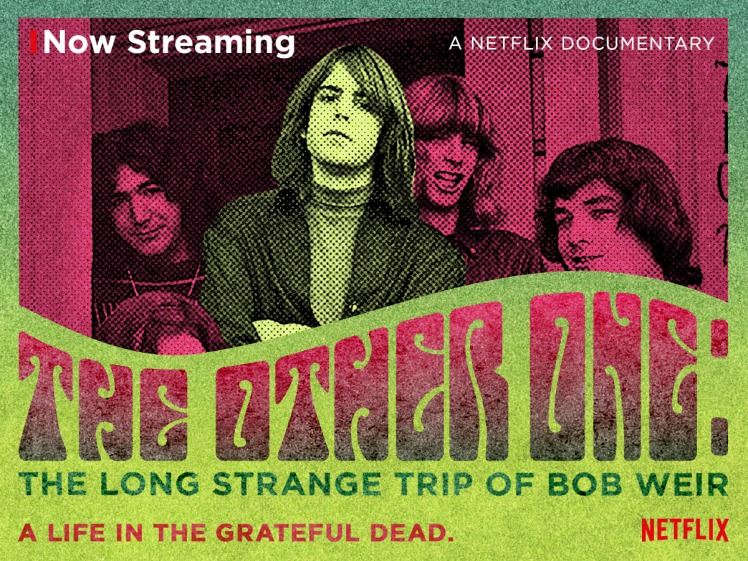 The Dead & Company, keeping the Grateful Dead’s cash flow going.  More popular than ever? In four years since reforming, this group as grossed $200 million and sold more than 2 million concert tickets.

Okay, back to the Skeletons.  Remember, this was back in the days where new music was released on 33 1/3 vinyl records.  Each side was limited to around 20 or 21 minutes of music for good quality sound.  The tighter the grooves, the more condensed the music.  The album fills the available time with a good sampling of the band’s material.  They had released eight albums for Warner Bros. and not all of them were represented on Skeletons.  Interestingly, there were two live tracks on the album (not surprising since they were a live band) and a track from Weir’s solo album (backed by the Dead).  That brings up the question, what’s missing?  “Box of Rain”, “Dark Star”, “Ripple”, “Dire Wolf”, “High Time”, a live version of “The Other One”?  We all have our favorites, and I’m not even a true Deadhead. The later multi-disc sets would pick up some of the early tracks left off of this album.  For the fan wanting to dig a bit deeper, The Best of the Grateful Dead (2015) is a two disc set that covers their entire career and has excellent sound quality.

Reviews of this album praised mining albums like American Beauty and Workingman’s Dead, where more of the known tracks resided.  What some critics pointed to were weaknesses of the band, brought out by the studio tracks.  The Dead did not sell a lot of records, compared to the major recording artists.  The albums introduced you to their music, but again, true fans went to the shows.  Fans did not grade Bob Weir’s thin voice, or the songs’ often meandering arrangements or the lack of inventiveness of Garcia’s guitar sound.  Criticizing the Dead for these things is like taking a swing at Bob Dylan’s vocal talent or the repetitive nature of his song structure.  Music is in the ear of the listener.  Period.

“The Golden Road (To Unlimited Devotion)”  Jerry Garcia/Bill Kreutzmann/Phil Lesh/Ron “Pigpen” McKernan/Bob Weir    The Grateful Dead   2:07   This song sounds like the typical 1960s pop group, with a little trippiness added, but this could have been dozens of groups.  Upbeat, tight harmonies and bouncy guitars.

“Truckin'” Garcia/Lesh/Weir/Robert Hunter   American Beauty   5:09   This is the quintessential Dead song, mid tempo, rolling, picking guitar riff, walking ball line, relaxed vocals.  I can see why this is a favorite of many.  What a long, strange trip it’s been.

“St. Stephen”   Garcia/Lesh/Hunter    Aoxomoxoa   4:26  You have to let this song sink in, it does not have the immediate openness of “Sugar Magnolia.”  The lyrics are a bit cryptic.  The Dead are not a progressive rock band, but this wanders into that rock genre.

“Uncle John’s Band”  Garcia/Hunter   Workingman’s Dead   4:42  This song has a nice, laid-back groove. The instrumental break is quite interesting, some nice acoustic guitar picking. There are some really nice live versions of this tune.

“Mexicali Blues” Weir/John Perry Barlow   Ace by Bob Weir   3:24  This is a curious inclusion.  An upbeat, bouncy country-rock version with horns.  The lyric recount an excursion to Mexico and a tryst with a young girl and the fallout.

Is there anything a man don’t stand to lose
When he lets a woman hold him in her hands?
He just might find himself out there on horseback in the dark
Just ridin and runnin across those desert sands.

“Turn On Your Love Light” (live, January 26, 1969 at Avalon Ballroom)   Deadric Malone/  Joseph Scott   The Big Ball compilation    6:30  An edited version, with Pig Pen singing lead.  A blues song recorded many times though the years.  The Dead performed it live many times.  The live versions can be very long, including a near 50 minute version at Woodstock.  This edited version gets the point across.  The musicianship is very good on this version.

“One More Saturday Night” (live, May 26, 1972 at Lyceum Theatre, London)   Weir     Europe ’72  4:45  I think this is a better live song than studio.  It’s a rocking song, almost a 1950s feel to the groove, particularly the Jerry Lee Lewis type piano playing.  The dueling guitar work between Weir and Garcia is quite good.