Peter Ustinov returned as Poirot, his second of four outings as Poirot. EMI Films shelled out a reported $10m to make the film, an impressive budget at the time. The cast, costuming and locale look very expensive. Guy Hamilton returns for his second Christie film and Anthony Shaffer continues writing the scripts for these Christie adaptations.

As with The Mirror Crack’d, more humor is injected into the mystery, though this is more character-driven than even the previous Hamilton directed film. Poirot is not as snooty, or as pompous as other actors played him. Certainly the ego is there, but not the vanity. Ustinov is wonderful in the role.

As is the case with some Christie novels, there are bickering characters that give the story a delightful air. Here, Maggie Smith as Daphne the hotel owner, and Diana Rigg as Arlena, her onetime showgirl rival, go at it with great delight.

The Adriatic locale gives the film a lush atmosphere of decadence past, slightly seedy, but maintaining airs of upper class privilege. Daphne is struggling at keeping her hotel relevant and financially solvent. The hotel was left to her by a suitor, so she earned this property the old fashioned way.

Arlena and Daphne are former actresses, competitors for parts and probably men. Daphne left the profession earlier, while Arlena hung on, and enjoying success until her attitude left a trail of problems behind. She has married retired British officer Kenneth Marshall, but still seems to need the pampered star treatment.

As the story goes, a bunch of mostly well to do folks descend on Daphne’s island hotel, primarily because of Arlena being there. Arlena seems to be having an affair with young Patrick Redfern, who is there with his plain-Jane wife. Others are there to offer Arlena a play to star in, to secure her permission to have a book written about her life, and to get her to return an expensive jewel. Arlena is necessary, but not well-liked. 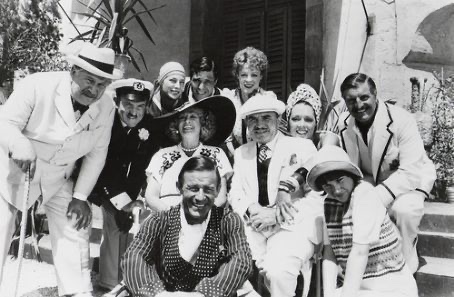 The cast also includes Roddy McDowell, Sylvia Miles, Jane Birkin, Colin Blakely, Denis Quilley and James Mason. A fine group of actors, which is a necessity in a Christie film.

Outside of Daphne and Kenneth Marshall, there are few sympathetic characters. Aside from that, they are quite watchable and fun.

Arlene, who doesn’t care that she pisses off everyone at the hotel, turns up murdered. Poirot is convinced to investigate and after checking, if appears that everyone had an alibi. Everyone has a reason, but everyone’s time is accounted for, or is it? A series of actions prior to Arlena’s death seem plausible and verified by time. Poirot is able to invalidate the time sequence and that puts several suspects back into consideration.

Odell (Mason) and Myra (Miles) Gardener are theatrical producers who want Arlena to come out of retirement to star in a new play. She won’t. Arlena quit a very successful production that the Gardeners were staging, it cost them a lot of money.

Rex Brewster (McDowell) is a gossip writer compiling a book on Arlena, but she now will not sign a release to allow publication.

Patrick Redfern (Nicholas Clay) is Arlena’s lover on the side. His jealous wife Christina knows of the affair.

Sir Horace Blatt (Blakely) wants his jewel back, the one he gave Arlena when they had a brief tryst. She copied the jewel and gave him back a fake.

Kenneth Marshall is the husband who knows his wife is stepping out, but believes that a deal is a deal. Daughter Linda is not fond of her evil stepmother.

Hamilton directs the film with a light touch, which has been called “lazy” by some reviewers. Hamilton, who directed several Bond films, does know when to let the actors act, and for the material to breathe. The film flashes back as Poirot studies the clues and each character’s movements. You see the story from new angles and more information to guide Poirot in finding his killer.

Ustinov, Rigg and Smith turn in marvelous performances. Rigg seems to enjoy being the bitchy, pampered former showgirl, she is regal in her manipulation of others, never missing a beat to put her character’s imprint on the other characters. Smith’s Daphne has a restrained but biting way of dealing with the world, and frequently takes Arlene to task. Ustinov’s Poirot is like a kindly uncle, a bit weird, but who we should never underestimate. Mason and McDowell have little to do, but turn in fine performances of suffering male characters.

This is my favorite Agatha Christie film. It may not be the best, but it is the most enjoyable.