Les Dudek has traveled a lot of miles in his musical career.  From obscurity to mainstream music biz, back to relative obscurity. A ramblin’ man of sorts.

Dudek was positioned on the road to success in the 1970s, but for some reason, it did not happen.  Talent, connections, big record company contract – somehow the audience and last game did not find him.

As I listened to his early solo albums, I was surprised by how many different styles he blended into his music.  I heard Doobie Brothers, Allman Brothers, Little Feat and Boz Scaggs – all pleasant influences.  I heard blues, Southern Rock, R&B and jazz grooves.  What I did not hear was a definitive style.  If someone asked me about Les Dudek’s style, I would be hard pressed to easily describe it.  He’s a super talented guy, who could play any style, and his albums covered a lot of musical ground.

Growing up in Florida, Dudek cut his teeth in various bands as a teenager.  Word got around and he was asked to play on some sessions with the Allman Brothers.  This was after the death of Duane Allman, when the band was in flux, without his leadership or his guitar.  The 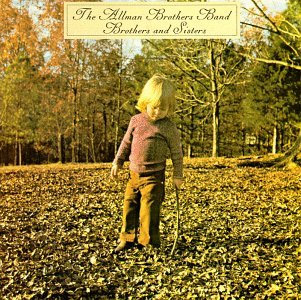 band was in transition, and they were impressed with Dudek’s guitar versatility.  The keyboard player in Dudek’s band knew Dickie Betts, so that was his entrance to the Allman Brothers.

Dudek sat in on what would become the Allman Brothers Band album Brothers and Sisters.  He played guitar on the song “Jessica” written by Dickie Betts, but according to legend, he wrote parts of the song.  He also appeared on “Ramblin’ Man” as the second lead guitar.  While Dudek seemed to click with ABB musically, he did not with ABB management.  He left behind any songwriting credits, but with a growing reputation.

“I co-wrote that one. I never got any credit for it. Dickey says he still feels bad about that. Maybe one of these days he’ll write me a check (laughs) and put my name alongside his. He was really stumped on that one. We were at his house there in Macon. At the time, I was rooming with Joe Dan Petty, who just died recently. He had wanted me to be in Grinderswitch with him. He was starting a band and that’s when I turned him on to Larry Howard and Rick Burnette, cats that were playing with me down in Florida at the time. One night, I was over at Dickey’s when they were still doing the Brothers and Sisters album. Dickey had the one part of “Jessica” written, the melody on the verse section. He said, ‘Play this, man. Let’s see if we can do something with it.’ We kicked it around for 45 minutes or so and my girlfriend and his wife were in there cooking us steaks, so he got frustrated with it and put his guitar down. I kept messing with it and I came up with the bridge. I said, ‘Dickey, come here a minute, man.’ (laughs) I said, ”Play this after you play that.’ He said, ‘What do we do next?’ I said, ‘Walk it all the way up to the top and stop.’ He said, ‘Well, what do you do after that?’ I said, ‘Start over!’ (laughs) He was just ecstatic. We ended up not even eating our steaks. We threw the guitars in the back of the pickup; he wanted to go and play it for everybody. Right when we did it, it started snowing in Macon. It was kind of a spiritual moment, how it all came to be.”

He then hooked up with the Steve Miller Band in 1975, the period between The Joker and Fly Like An Eagle.  Then moved on to play slide guitar on Boz Scaggs’ Silk Degrees album 1976.  Dudek would appear on tour with both bands, including when they co-headlined a tour.

In 1976, Dudek released his first solo album on Columbia Records, produced by Scaggs. Columbia invested substantial money as the musicians appearing on the album were the A List of session players.  In 1977, his second album, Say No More, was released and featured the hard-rocking, R&B flavored, “Old Judge Jones,” which got airplay but failed to break out.  This time, Dudek hooked up with veteran producer Bruce Botnick for a slicker production sound.  Why this album did not become a big hit, defies logic.

In 1978, came Ghost Town Parade, another Botnick produced album of jazzy guitar rockers, again all penned by Dudek. These songs are brightly produced, a few with orchestration, and all finely played.  In 1981, came his final Columbia solo album, Gypsy Ride, produced by Dudek.  This album is more guitar-focused, harder edged and less production frills. There were no hits on this albums, just fine playing.  Playing on this album was Mike Finnegan, a veteran keyboard session man.

Columbia Records had Dudek, Finnegan and guitarist/songwriter Jim Krueger all under contract and suggested they form a band, perhaps together they could accomplish what they had not been able to do individually. The DFK Band album, released in 1979, was a mish-mash of styles that failed to capitalize on their talents. The album had a few very good moments, but not enough of them.  Produced by James Newton Howard and Andy Johns, this album aimed high, which meant it was very middle of the road, and unfortunately, very generic sounding.

Dudek achieved more notoriety from his relationship with Cher during this time frame, following Gregg Allman in her life.  Dudek played on several of her albums, and had more success as player and songwriter for others, than on his own albums.

After his Columbia contract ended, Dudek was freed from big expectations, and gravitate more toward the blues as his main style, rather than the pop-rock of the earlier decade.  His flaming guitar work also got him hired for a lot of television and film work. 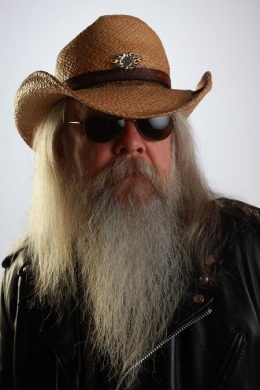 Dudek tours clubs and releases the occasional CD of blues-focused music. In an interview he asked about his favorite pastimes, which includes riding his motorcycle and getting laid.

No, that is not Leon Russell’s brother.

2 thoughts on “Les Dudek: The Best Guitarist You Don’t Know”