I have always like Harry Dean, now I am reading an interesting biography about him.

Harry Dean came from a poor, Kentucky family, who used the G.I. Bill to study acting after WWII.  In many later roles, he portrayed humble, quiet, slightly mysterious mean that you did not screw with.  He was that way in life.   He was described as having “hollowed cheeks and deep-socketed brown eyes, Stanton possesses the hard and hungry look of a man who knows about living on the run.”  If you look at his list of films and television appearances you see many parts of villains, heavies and down-and-out characters, but also some interesting roles where he played against type.

Usually a character or supporting player, on occasion he played a lead.  The late film critic Roger Ebert once said that a film having either Harry Dean Stanton or M. Emmitt Walsh, could never be all had.

Actors and directors wanted to work with him because he would lend a richness and gravitas to their project. Even better if he could pick up a guitar and sing. As he got deep into his career, he tired of the kind of roles he was generally hired to play. Occasionally, he played the co-star, and he enjoyed it. He sought deeper role and new challenges.

”They wanted me to play a corrupt Southern senator,” Stanton said. ”I could have really scored with it, but I would have been a heavy. There’s a scene where the character they wanted me to do kicks the hell out of a black kid, and that’s why I didn’t take it. The role is superbly written, but it’s gotten debilitating over the years to have people say to me, ‘You’re the bad one. You’re the one who gets shot.’ Give me a break for a change. I know I’ve got the ability to bring a sense of menace to the screen. I have that specific competence, and it’s generally kept me working. But I don’t want to do anything else that’s life negative.”

After he left Kentucky for California, he studied at the Pasadena Playhouse and made his television debut in 1954, and his film debut in 1956, uncredited in Hitchcock’s The Wrong Man. When he died in 2017, he had just finished a role in the film, Lucky, and his 206th role, according to imdb.com.

Even as a young man, Harry Dean had that “lived-in” look.  He also had that blank stare, which was a bit creepy, as you did not know what his character was going to do. It was as if he was looking through you.

Starting in 1957, he regularly worked.  For the next ten years, Harry Dean worked both sides of the street: television and film.  Westerns and crime shows were his forte.

He landed a part in Cool Hand Luke, in a small role as one of the convicts, Tramp, where he got to perform four songs.  Harry Dean was as much of a singer-musician as he was an actor.

In 1970, Harry Dean was hired for a part in Kelly’s Heroes, and for the next 20 years, except for the occasional television movie, or uncredited role in Mary Hartman, Mary Hartman, he worked exclusively in film.

The Missouri Breaks (1976):  A member of Jack Nicholson’s outlaw gang, who meets a violent end at the hand of the Marlon Brando hired-gun.  A very under-appreciated film.

Alien (1979): Harry Dean is Brett, one of the crew on the space ship that picked up the alien. Harry Dean said he had no interest in science fiction, he liked things that were real, but the paycheck was double what he usually took home. He played the role like a space truck driver, earthy and practical. The film also brought much more visibility.

Repo Man (1984): Harry Dean is Bud, one of the veteran repo men, and mentor to Otto, the young punk.  Bud is zoned-out, operating on pills and booze, working the night to repossess cars.  A very funny and odd film, but a classic now. Harry Dean and director Alex Cox clashed; Harry Dean was a savvy, veteran actor, this was Cox’s first film. 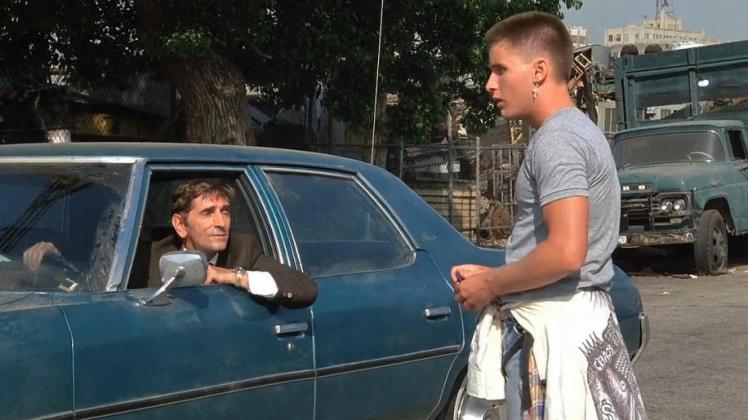 Paris, Texas (1984): Perhaps Harry Dean’s best performance and a starring role.  A slow but mesmerizing story of people trying to reconnect their fractured lives. Writer Sam Shepard pushed for Harry Dean in the role, and he was ready for something of beauty or sensitivity. “If I never made another film after this, I’d be happy.” 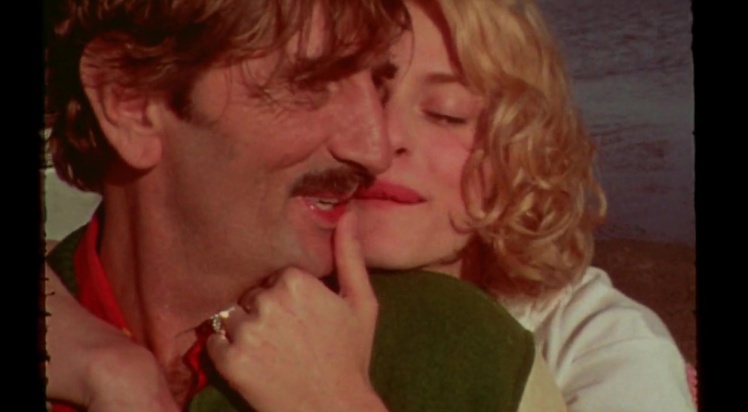 Pretty in Pink (1986): The John Hughes film of young Andie coming of age and dealing with the expectations of others and her own feelings.  Harry Dean plays her father, a man with his own struggles but who tries to impart some live advice to her. A big, mainstream film.

Wild At Heart (1990): Not Harry Dean’s meatiest role, but working with director David Lynch puts Harry Dean with a director who knew how to best use him; they would make four projects together. Harry Dean had turned dow the role in Blue Velvet that resurrected Dennis Hopper’s career. It was a mistake Harry Dean always regretted.

Fire Down Below (1990): Easily the best Steven Seagal film with Harry Dean playing a poor, quiet Appalachian, whose trust has to be earned.  Harry Dean probably drew on his early live for the part.

Down Periscope (1996): From David S Ward and Hugh Wilson, this is a light-weight Navy comedy.  Harry Dean has a small part as a crew member, who is a bit weird and scary. 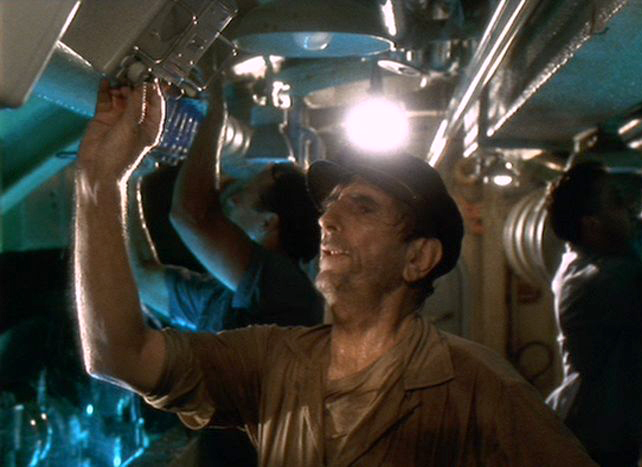 Big Love (2006-2011): Harry Dean played Roman Grant, the evil, money-exhorting leader of the compound, in 37 episodes of the television series. Harry Dean had been swindled by his financial advisor so the money from this series was greatly appreciated. As a character actor, his film earnings were modest, despite his reputation and fame.