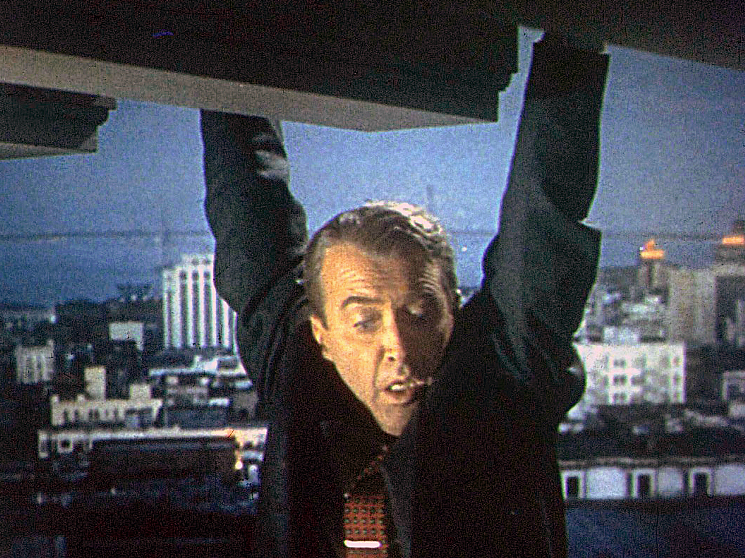 Actor James Stewart returned from World War II a different man, and a different actor.  Returning to Hollywood after flying many combat missions over Germany, he spent a number of years finding his bearings.  He discovered the postwar film industry and audience tastes had also undergone change.

Many of us only remember his postwar films, and if we think about it, we can divide this postwar film career into several different personas.  He often played lighthearted roles, he was skilled at light comedy, often in family-oriented films or with a lovable imaginary rabbit.  He played men of high moral fiber who overcame challenges or tackled external problems.  And he also portrayed men who were flawed and faced internal conflict. 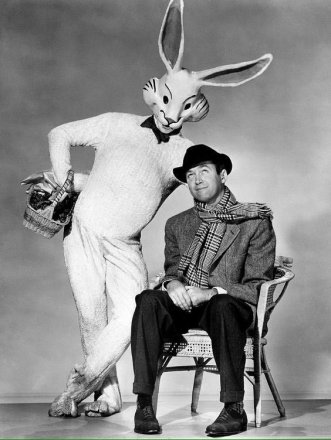 Postwar audiences wanted escapism after five years of war, but they also had an interest in darker, more realistic themes and characters.  Of the careers of major actors whose careers bridges the pre and post WWII periods, James Stewart had one of the most diverse and interesting screen careers.  If you ask fans what their initial description of James Stewart is, you are likely to get references to his family films, his bio pics or heroic portrays.  He is often described as kindly, voice of the common man, standing on principle.  He is all of those.

The films he made with Frank Capra provided him a canvass to paint characters who were good but faced tremendous obstacles.  His Alfred Hitchcock films generally showed men who were conflicted in dangerous situations.  He made many character and bio films in the 1950s where he was more window dressing than actor.  These were the 1950s and studios wanted big, colorful productions to get people away from their television sets.  Stewart was an actor that could mold himself to many roles, even playing a much younger Charles Lindbergh.

Cary Grant had a certain type of film, so did John Wayne and Henry Fonda.  James Stewart often appeared in films you thought fit him well, he also made a number of films that deviated from the norm.  While Stewart was a movie star he was also an actor, and in the postwar years he seemed to thrive on balancing his “popcorn movies” with darker, character roles.  His Hitchcock films come to mind, but if you want to get at the core of James Stewart in the 1950s, go to his collection of Westerns.

In the 1960s and his later career, Stewart had to adapt to roles that fit his advancing years.  It is said that he coveted North By Northwest, which went to Cary Grant, but was deemed too old.  Grant retired rather than take roles more suitable to his age, but Stewart continued, and made films (and a television series) as the harried father, the aging Western character, or the trial-hardened lawyer (another television series).  In his later years, Stewart was a frequent guest on Johnny Carson and other television programs where he showed his skill as a poet and solidified his grandfatherly image.  His later Westerns included playing Dean Martin’s outlaw brother (but with a kind heart) and a cowboy who inherited a whorehouse and who played straight-man to Henry Fonda.

Between 1950 and 1960 he made eight Westerns, most of them with director Anthony Mann. These were not Saturday matinee formula fare.  With Mann, Stewart found the perfect partner to make tough, complex stories.  Stewart was not Roy Rogers or even John Wayne.  Stewart’s characters were often violent and driven, sometimes vengeful, who were rough around the edges.  Winchester ’73 and Broken Arrow (directed by Delmer Daves), both released in 1950 arguably are two of his best Westerns.

Stewart still played more refined, dapper characters in non-Westerns, but the mountains, ranges and campfires freed him to play characters who showed their roughness, age and even rage. Stewart never got the credit due later in his career when he opened the vault on his emotion and laid his soul bare.  Vertigo, and to a lesser degree, Rear Window, allowed him to mine his fears and paranoia. Hitchcock understood Stewart, and with the exception of Rope, knew what chords to strike to sound Stewart’s vulnerability.

James Stewart was the fine dramatic actor, Jimmy Stewart was the family man usually befuddled by teenagers and large rabbits.  He was many things to many people, an actor of great diversity who could play an aviator, cowboy, lawyer, lawman, politician or just a regular guy trying to make sense of his life.  That might be why we can relate to him as bigger than life or just like us.