It’s hard to think of a better character actor than John Hillerman. His voice and demeanor were unmistakable. He patrolled the screen for eight years as Higgins, the crusty, acerbic head of security on Magnum P.I., but much of his finer work was in other roles.

Magnum P.I. is on Amazon Prime, so I’ve been indulging in watching it from the first season. I was never a big fan of the show, but I’m enjoying it now.

Okay, now back to our story…

Hillerman was born in Texas, and worked to erase his drawl. As Higgins, Hillerman developed a starched English accent, as the former sergeant major.  An opera fan at a young age, he regularly took the train from Denison, Texas to Dallas, alone, check into a hotel, go to the opera, and then go home. He served a hitch in the Air Force, where he was in a theater group, and his interest in acting started. To hone his acting skill, he went to New York, where he worked steadily, but without great success. With over 100 starring roles, after 10 years he only had $700 in the bank, so he drove his old car to L.A. in search of acting jobs.  Peter Bogdanovich gave his a role in The Last Picture Show, and it slowly started from there.

Hillerman was a man of great contrasts. Born in Texas, the son of a gas station owner, he was a mechanic in the Air Force, and some of his early film roles took advantage of his deep vocal drawl. Contrast that with his love of opera, his usual distinguished appearance, and may roles of cultured and refined men. Even in his snooty roles, he maintained an earthiness that audiences were drawn to.

Higgins was aloof and always flaunted his superiority over Magnum, but he enjoyed his battles and association with Magnum.

Here are my favorite Hillerman roles:

Russ Yelburton, Chinatown. One of Hillerman’s best roles, in a secondary role to Jack Nicholson.  Yelburton is the deputy head of the water department, who inherits the top job after his boss is killed, which is the spine of the film.  Nicholson suspects Yelburton has some sort of role in the murder. Hillerman plays the role as cagey, and avoids any direct association with the crime, but you suspect he has a deeper role.  Yelburton is the stereotypical bureaucrat.

John Elliott, The Betty White Show.  Hillerman was cast as the ex-husband and director of the television show that the Betty White character starred on.  Hillerman and White made a great pair.  His sarcastic humor, and slow-burn at White’s character was one of the best parts of this show.  Cancelled after only one season, it was not a great show, but it had some wonderful performances.

Simon Brimmer, Ellery Queen.  Another short-lived television show.  Brimmer was a radio show detective, who often crossed swords with Queen and his policeman father. Brimmer had not scruples and always tried to weasel credit for helping solve a case, when he was more of a problem than help.

Howard Johnson, Blazing Saddles.  One of the many Johnsons in the town who do not take kindly to the new sheriff.  His expression as part of the welcoming committee is priceless.

Teacher, The Last Picture Show.  A small part, but director Peter Bogdanovich knew Hillerman, and they would work together multiple times.  In a poor Texas town in the 1950s, Hillerman plays a teacher, combining his Texas earthiness with being a small oasis of learning.

Kaltenborn, What’s Up, Doc?.  Another Bogdanovich role, abet a small one.  Kaltenborn is the hotel manager where the film takes place.  After a fire in Ryan O’Neal’s room, Kaltenborn surveys the damage and requests O’Neal’s character to immediately vacate.  Hillerman has only a few lines, but he is quite effective in his demeanor and expression. Maybe my favorite Hillerman role.

Deputy/Bootlegger, Paper Moon.  A larger role in another Bogdanovich film.  Hillerman’s distinctive voice was a big part of his success as an actor.  The deepness of his voice, and the nuanced pronunciation, adapted well to the role of a lawman who should not be trifled with, and his twin brother, a bootlegger. 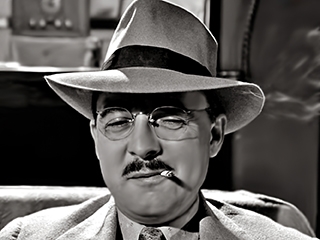 Bookmaker, High Plains Drifter.  Hillerman is one of the town’s people who fall under the spell of the Eastwood character.  These town’s people are weak as individuals but gain strength as a mob.  This is a secondary role, but Eastwood liked to populate his films with top-rate character actors. 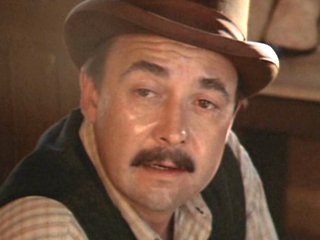 Mr. Connors, One Day at a Time.  This was a reoccurring character on the popular sitcom, as Ann Romano’s boss.  One of his more visible roles but ranks near the bottom of memorable ones.

During and after Magnum, P.I., Hillerman was much in-demand for television and film roles. After years of early struggle, he enjoyed being a sought-after actor. In 1999, he retired to his home state of Texas, where he lived quietly until his death in 2017.

Higgins: Sometimes you amaze me, Magnum, truly. Your intuitive grasp of human nature is so…so…